Old Gray Mare said:
It's not canning season and I'm trying to rebuild our preps from mostly store bought on a budget.

For fruit I've picked up some dried and canned from Costco and Sam's. My plan for the big cans of pears and peaches in syrup is to put any fruit left over after opening in glass jars, add brandy to them and refrigerate. I've never had brandied fruit go bad.

To get a variety of fruit I'm also buying in baby food containers (glass if possible) and commercially canned pie filling. I posted before that I hope the small baby food sized servings will encourage anyone in house with the flu, CV or whatever to eat with minimum waste. The pie filling I suspect will make a quick easy ready to eat dessert, garnish or side dish. So far I've picked up Apple and cherry and hope to get more.
Click to expand...

Going thru supplies this past week, I found 3 cans of blackberries and 1 cherry that I didn't remember having. I'm going to make a cobbler and a pie or 2.
O

psychgirl said:
Do you all have enough???
Your statement worries me! I swear I’m going to worry about too many people lol!
Click to expand...

Please don't worry. Worry won't fill a tummy. It might give you an ulcer and I wouldn't want that to happen! A few prayers would be appreciated. I figure they're like chicken soup, not as filling, but couldn't hurt.

We have what we have. It should be enough to see us thru till the garden produces. We have a few months. We're good. As soon as we settled into our new place I started prepping a little each paycheck. It added up fast, thank the Lord.

Just saw on FB that the Netherlands just went into lock down.

Oregano oil is used for viral protection by travelers in Asia.

Eating spaghetti sauce won’t help you with the flu, but oil of oregano can. It’s an immune-booster, natural antibiotic, anti-bacterial, and fights infections. Along with turmeric, oil of oregano is my remedy when I feel ill. It’s best to catch it early; as soon as I feel something coming on, I take oil of oregano and I can often avert the worst of the illness.

You can take oil of oregano in tincture/oil form, or for those who object to the very strong taste, you can take capsules (like these) 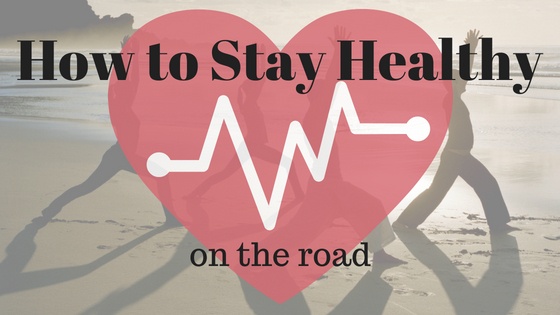 Here's what's in my travel medical kit, including supplements, natural cures, and lifestyle tips for staying healthy while traveling.

Anyone have any luck with Thomas Labs antibiotics? I went to top off my stock and they turned down my order
O

Picked up vented locking gas caps for all vehicles.

Not sure how bad this thing is going to get or how long it will last but if there are shortages or rationing I'd like to be ready. I'm remembering the '73 gas crisis/oil embargo and there were some individuals who were a little to busy with their Brooklyn Credit cards (AKA a fuel syphon).
O

I remember another old timey way for bringing down a fever quick was an alcohol bath. A quick wipe down with a washcloth dampened with rubbing alcohol. It opened the pours and was only done once. If it worked it worked if not some other treatment was tried. Rubbing alcohol is poisonous so I wouldn't recommend it.
Last edited: Apr 1, 2020

Old Gray Mare said:
I remember another old timey way for bringing down a fever quick was an alcohol bath. A quick wipe down with a washcloth dampened with rubbing alcohol. It opened the pours and was only done once. If it worked it worked if some other treatment was tried. Rubbing alcohol is poisonous so I wouldn't recommend it.
Click to expand...

Epsom salts do something similar, and aren't poisonous. They're great for emptying the body of toxins through the pores, and also for relieving soreness and achy muscles.
O

Thanks this info could come in handy. We're down to our last small bottle of Isopropyl alcohol. Today our drug store was totally out of it and I haven't seen ethyl alcohol(Ethanol) in ages.

And they’re a wonderful source of magnesium, which is a great help for boosting immunity and balancing the body’s bioelectrical system.

This prep isn't specific to CV-19 but it's one I like to keep handy. As always I'm not giving medical advice this is simply part of the family's first aid kits. I'm not advising anyone to break quarantine unless they absolutely have to!

Individually wrapped sanitary napkins. It's not that I have a need at this phase of my life for their originally intended propose. It's just that absorbent bandages are so expensive. I seal a few of these in a water proof plastic bag and tuck them into first aid kits and BOBs for just in case.
Last edited: Apr 9, 2020
O

Hit the feed store two weeks ago and picked up some OTC, stretchy bandage, a clotting powder and a few other things for the livestock and pets. They were totally out of Betadine First Aid Solution (Providone Iodine Antiseptic).

Warning: Never smell Iodine. It will destroy your sense of smell. I worked in a goat dairy for a while and the owner harped on it. An iodine solution was used to wash and sanitize the goats udders prior to milking.

I use Concentrace by Trace Mineral Research for electrolytes and hydration. It’s a liquid that contains the electrolytes in proper proportions along with a whole list of trace minerals (something like 72 of them!). It’s tasteless when diluted as directed and can be dosed up or down based on body weight so can be adapted for the entire family. This also means that it can be added to virtually anything liquid (soup, juice, coffee, sauces) as a way to get the minerals into your system throughout the day.

I’ve been using this stuff for years as I’ve lived most of my adult life in the Arizona desert. No ties to the company; no financial gain from this post. Just wanted to pass on some info that might be helpful to others.

Luckily I cashed in a Pension Pot a couple of weeks prior to the virus arriving. 4 year old nephew brought it home a week before the Schools were closed, and we’ve been in Lockdown ever since. I have 3 stainless steel gravity feed water purifiers unused, plus spare filter candles should they be needed. Purchased a new breadmaker, an extra greenhouse (brilliant value twin wall polycarbonate) ordered lots of varieties of Heritage seeds, and bulk flower pots, a pallet of growbags, loads of fertiliser 7:7:7 and seaweed fertilisers, blood fish and bone, plus seaweed foliar feed. Should have plenty of Heritage seeds for neighbours next year. Also had a good deal on a new Honda Mini Tiller.
Big study I think in France? Where infected with Wuhan virus records log smokers and non smokers, someone analysed the stats for smokers with the virus, I think it was 1600 smokers, only 5, aged 75 to 94 died (not necessarily of the virus), and all other smokers made a full recovery. Needless to say, that’s not exactly getting MSM coverage. I put down my recovery to drinking plenty of Quinine in Indian Tonic Water, Zinc tablets, and anti inflammatory Ibuprofen tablets, but that I’d started smoking to get excess fluid created by my eye drops (fluid that left me very vulnerable to upper respiratory infections) under control looks to have helped more than I realised. Worth noting as it may be related, I haven’t had an upper respiratory infection or an eye infection since I started smoking (I was getting them thanks to the eye drops prior. There’s also a lot of clear evidence now, that if HCQ, Zinc and Z-Pak is given early in the infection, then the treatment is very effective. At least 70% of patients in Spain were prescribed it by their Spanish doctors, and there’s now plenty of evidence that it works from other Countries. As an aside, we’ve had the Media over here telling us that HCQ is untested and dangerous as it damages the kidneys, yet my friend’s mother has been told to drink plenty of Tonic water, because it’s so good for her kidneys. My friend got hit with the Wuhan virus really hard, in February. Feeling really rough, he usually has a glass of brandy before bed, but he’d run out, and had a very large Gin and lots of Tonic instead, plus a 600mg Ibuprofen, and another Ibuprofen the following morning and G&T plus Ibuprofen the following night. The day after, he was right as rain. He’s a non smoker.
Keep well all, busy transplanting plants for a few days, all the best.

PS. They’ve been telling us over here that Ibuprofen is really dangerous as well. This despite there being no Scientific evidence that Ibuprofen has ever harmed anybody. More worrying is, they’re using the scare as grounds for prescribing a “protective “ tablet to prevent Ibuprofen damage. If you look up the side effects of that “preventative“ it includes increasing the risk of Upper Respiratory Infections? Seems to me, the Medical Profession has been preparing the way for , and increasing the casualties from this Wuhan virus?
Also the Media had “experts “ on, telling us that Smokers were the most vulnerable to the virus, when there are now strong indications that it’s the opposite that’s true, they look to be the least vulnerable. What’s going on? Are they saying the same nonsense in the USA?
Last edited: May 6, 2020

What kind of zinc is the best to buy? I've seen zinc picolinate, chelated zinc, zinc citrate, & raw zinc. How many mg?
You must log in or register to reply here.
Share:
WhatsApp Email Link
Top