Maybe someday young Andrew will run for governor or president.

Zero Hedge reported:
Just yesterday we wrote about an FBI investigation into potential voter fraud in the critical swing state of Virginia after it was revealed that 19 dead people had recently been re-registered to vote (see “FBI Investigating More Dead People Voting In The Key Swing State Of Virginia“). While the Washington Post caught wind of the investigation, it was not known who was behind the operation…until now.

Meet, Andrew Spieles, a student at James Madison University, and apparently “Lead Organizer” for HarrisonburgVOTES. According to the Daily News-Record, Spieles confessed to re-registering 19 deceased Virginians to vote in the 2016 election cycle.

While this should come as a surprise to precisely 0 people, Spieles just happens to be Democratwho, accorded to a deleted FaceBook post, apparently recently ran for Caucus Chair of the Virginia Young Democrats.

He should be shot!

I am not seeing where any charges were filed against this guy.
A

Remove HIS voting rights. For life.

Andrew Spieles needs Jesus Christ as Lord and Savior. Pray for him. Let God use him, to His Glory...

MountainBiker said:
I am not seeing where any charges were filed against this guy.
Click to expand...

Probably won't be as the corrupt FBI will just investigate and investigate.

A budding demwhacko who believes the laws do not apply to him and his cause ... the ends justify the means.

That kid looks like he could be a "Young Republican." What a SNAKE, although a good and CAUGHT one!!!

BetterLateThanNever said:
Probably won't be as the corrupt FBI will just investigate and investigate.
Click to expand...

I think it's a simple matter of intent. He didn't "intend" to violate the law. That makes it all OK...right?

then registered to vote
4

His right to vote should be stripped for life. He should be permanently banned from holding any political office. And, last but not least, to make sure he abides by those terms, I agree with Dazed, he should be shot.
C

How does being registered translate into actual votes?
Or is it just to produce an effect of some kind by having more registered Democrats to "claim?"

CathyC said:
How does being registered translate into actual votes?
Or is it just to produce an effect of some kind by having more registered Democrats to "claim?"
Click to expand...

It doesn't until an actual ballot is turned in. They could fill out absentee ballots, or since voter ID laws are being struck down, they could just go vote in multiple precincts under each dead persons name. Old trick. Chicago is notorious for the dead voting.
D

Student Gets Maximum Sentence For Registering Dead People To Vote

A Virginia man who was paid to register voters prior to the 2016 presidential election was issued the maximum sentence Monday for submitting falsified registration forms to the local registrar’s office.

Andrew J. Spieles, 21, of Harrisonburg, pleaded guilty June 20 in the United States District Court for the Western District of Virginia. As part of the plea deal, Spieles will serve a prison sentence of at least 100 days, with a maximum of 120 days.

HARRISONBURG, Va. — A man paid to register Virginia voters prior to the 2016 Presidential Election will spend at least 100 days in prison for submitting the names of deceased individuals to the Registrar’s Office.
James Madison University student Andrew J. Spieles, 21, of Harrisonburg, pled guilty Monday in the United States District Court for the Western District of Virginia. As part of the plea agreement, Spieles agreed to a prison sentence of 100 to 120 days.

Spieles worked for Harrisonburg Votes when he committed the crime, according to acting United States Attorney Rick A. Mountcastle.
Harrisonburg Votes is a political organization affiliated with the Democratic Party.

“In July 2016 Spieles’ job was to register as many voters as possible and reported to Democratic Campaign headquarters in Harrisonburg,” a U.S. Attorney’s Office spokesperson said. “In August 2016, Spieles was directed to combine his registration numbers with those of another individual because their respective territories overlapped. After filling out a registration form for a voter, Spieles entered the information into a computer system used by the Virginia Democratic Party to track information such as name, age, address and political affiliation. Every Thursday an employee/volunteer hand-delivered the paper copies of the registration forms to the Registrar’s Office in Harrisonburg.”

Later that month, someone at the Registrar’s Office called police after another employee saw a name they recognized on a registration form.
The name was the deceased father of a Rockingham County Judge.
“The Registrar’s Office discovered multiple instances of similarly falsified forms when it reviewed additional registrations. Some were in the names of deceased individuals while others bore incorrect middle names, birth dates, and social security numbers,” the spokesperson continued. “The Registrar’s Office learned that the individuals named in these forms had not in fact submitted the new voter registrations. The assistant registrar’s personal knowledge of the names of some of the individuals named in the falsified documents facilitated the detection of the crime.
“Spieles later admitted that he prepared the false voter registration forms by obtaining the name, age, and address of individuals from “walk sheets” provided to him by the Virginia Democratic Party, fabricating a birth date based on the ages listed in the walk sheet, and fabricating the social security numbers. Spieles admitted that he created all 18 fraudulent forms himself and that no one else participated in the crime.”
S

_______________
They should also revoke his right to vote for life. Also, he should be banned from ever holding ANY public office, including being on a school board or being elected dog catcher.

summerthyme said:
They should also revoke his right to vote for life. Also, he should be banned from ever holding ANY public office, including being on a school board or being elected dog catcher.

Flashback:
About 200,000 convicted felons in Virginia will now have the right to vote in November 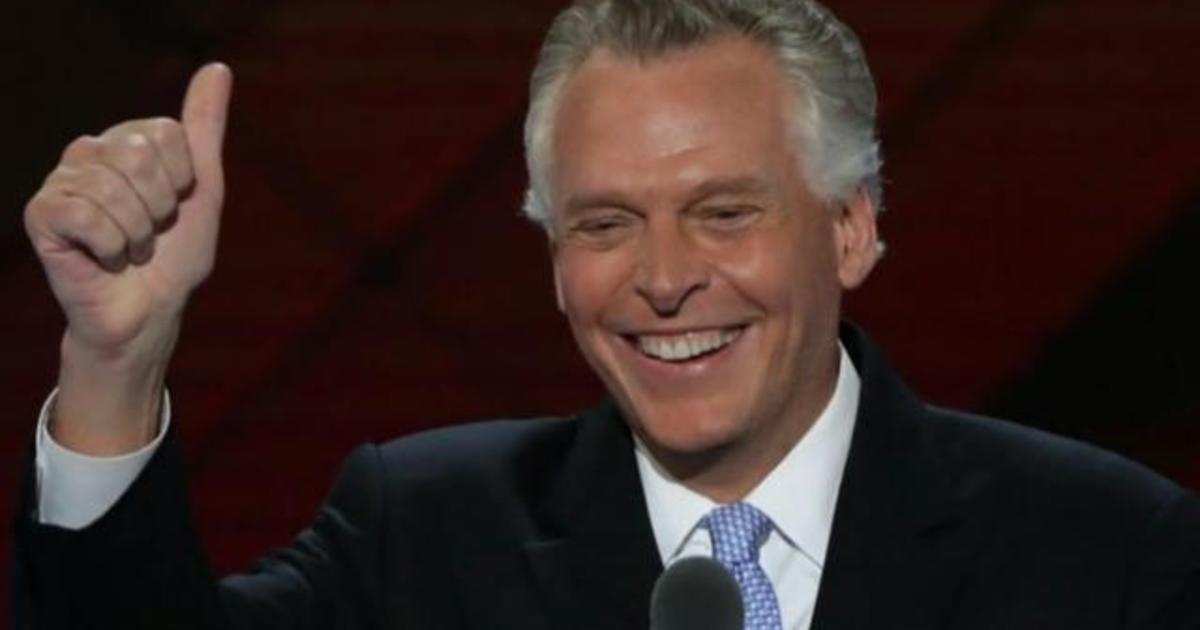 Gov. Terry McAuliffe will allow more than 200,000 ex-cons in Virginia to register to vote in the upcoming presidential election, one of the biggest actions taken by a state to instantly restore voting rights.
T

BetterLateThanNever said:
Probably won't be as the corrupt FBI will just investigate and investigate.
Click to expand...

The Federal Bureau of Investigation (aka FBI) does just that. Investigates. The US Atty decides whether there is enough evidence to go to the Grand Jury.
You must log in or register to reply here.
Share:
WhatsApp Email Link
Top