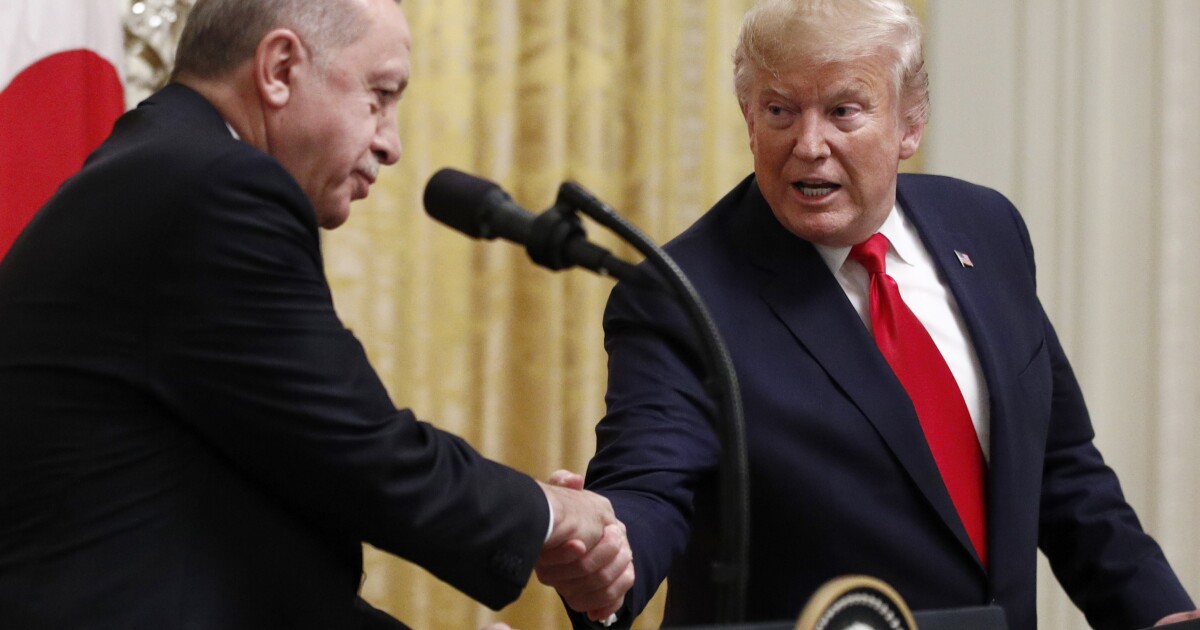 ‘Trump does what he says’: Muslims abandon Biden, back president

President Trump, whose Middle East plan is winning support from Arab nations, is gaining strong support from Muslim leaders and their followers who believe that the Democrats haven't delivered on years of promises, according to a new survey of Islamic leaders.


President Trump, whose Middle East plan is winning support from Arab nations, is gaining strong support from Muslim leaders and their followers who believe that the Democrats haven't delivered on years of promises, according to a new survey of Islamic leaders.

In a shocking turnaround, 61.48% of the 109 Muslim leaders who “represent two million voters” plan to vote for Trump. That is a slight edge over their 2012 vote for Barack Obama.

The survey of the leaders was done by the Washington correspondent for Aksam Gazetesi, a Turkish news site. It suggested that the Muslim leaders' support for former Vice President Joe Biden was 30.27%. 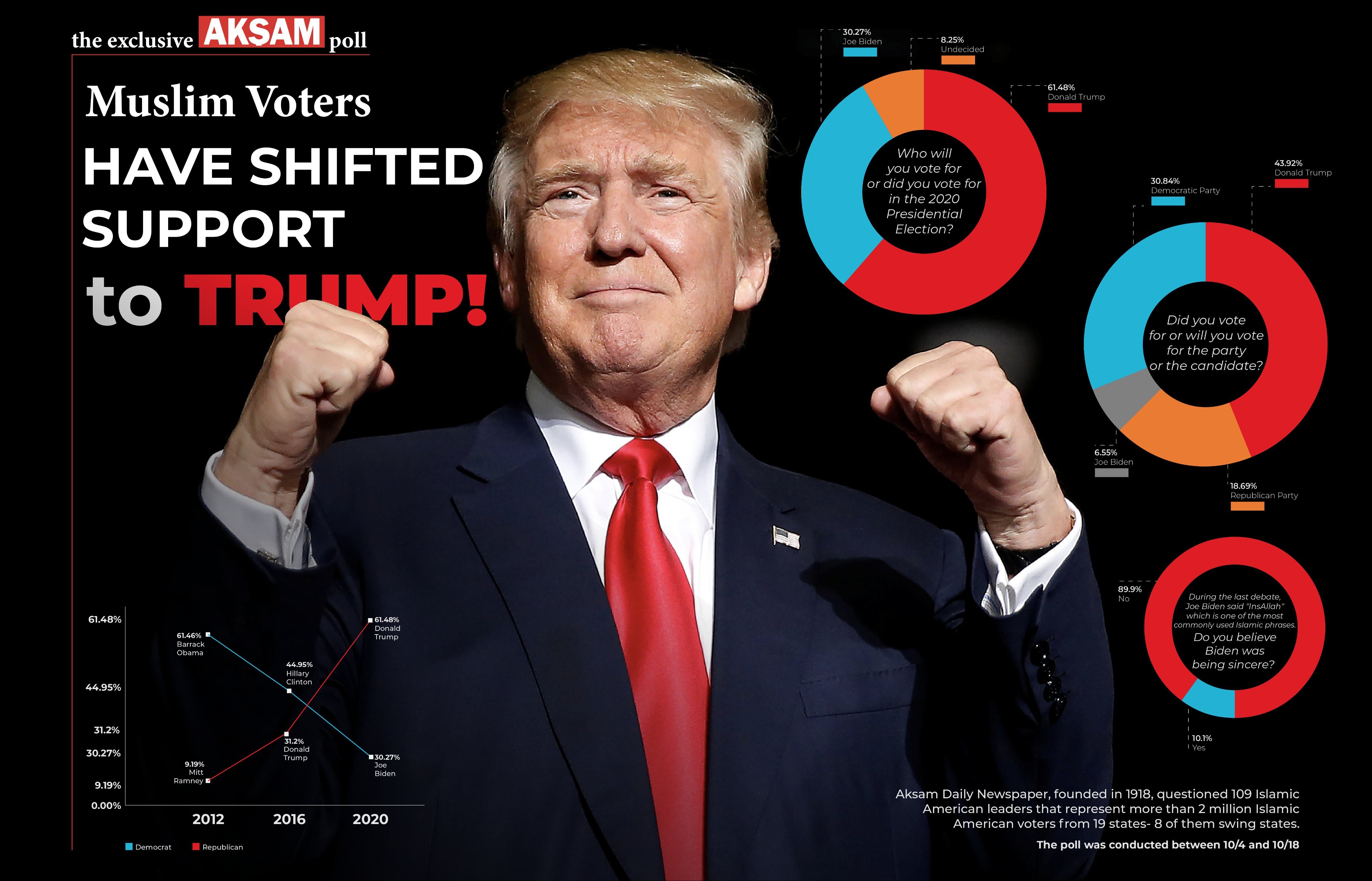 (Image from Aksam Gazetesi)
Those results represent a dramatic flip of the Muslim vote, which for years has sided with the Democrats.
Aksam's Washington correspondent Yavuz Atalay shared his results with Secrets and said, “It’s about the trustworthy. Obama, Clinton said good words, but they did not do what they said. Biden is doing same things. Good words but no action. Trump does what he says.”

For example, the poll asked the leaders for their reaction when Biden used the Arabic phrase for “God willing.” Just 10% thought Biden was sincere.

Atalay wrote, “According to 109 opinion leaders representing approximately 2 million Muslim voters in the states participating in the study, the new candidate Joe Biden could not break the distrust of the Muslim voters who traditionally voted for Democrats, which started with Hillary Clinton in the 2016 election, but rather strengthened it. The voting address of the Muslim electorate seems to be in favor of Republican President Donald Trump.”

The informal poll echoes one of several Middle East countries that showed support for Trump’s Middle East plan, including 79% of Saudi Arabia.

The Dems have got to be soiling their armor.
W

Well I'll be damn never thought a muzzle would be on my side about anything.

Mark D said:
The Dems have got to be soiling their armor.
Click to expand...

Please tell me you knew that was a Monty Python quote.

And tampons, especially the males. Of course you need to identify as one first.

That is very interesting. For a US muzzie to abandon a US democrat in any race is nothing short of earth shattering.
T

Here is my two cents on the matter. I may be wrong but the muslims are tired of the endless wars as much as we are. PLUS the wars are fought on their land. I think they believe that Trump working towards peace deals in the mid east vs. starting wars in the mid east has them thinking. Well shit, he is trying something different and in the process, our family members arent dying by the hundreds and thousands. For the muslim who wants to feed their families and arent in to the violence, they support someone who is trying to make a difference at home and abroad.

AlfaMan said:
That is very interesting. For a US muzzie to abandon a US democrat in any race is nothing short of earth shattering.
Click to expand...

Not that I really give a rats ass about the goat humpers, this is still interesting. https://www.thegatewaypundit.com/2020/10/survey-finds-president-trump-far-support-muslim-voters-joe-biden/ Survey Finds President Trump Has Far More Support From Muslim Voters Than Joe Biden A new survey has...

Well, I don't doubt that the report is true. But it does not give me a warm and fuzzy feeling. Muslims are our enemy. I believe that President Trumps approach is correct, we don't need to be involved in this crap. However, "peace" gives the Muslims more years to build their strength and plan their attacks. They may low for a few weeks until after the election. But the silence from the Muslims during this election cycle has not lessened my concern.

Wait, what? Are they secular or Jihadi pimps?
P

They don’t rust in the wash.
C

To be honest, it was kind of hard to explain to my 8 yr old grandson why our soldiers are dying in the middle east.
I tried to explain 9/11 to him.
At least Trump was trying to get us out of there.
You must log in or register to reply here.
Share:
WhatsApp Email Link
Top