_______________
The 3 Self-Inflicted Wounds that Doomed Elizabeth Warren
John Nolte
There are plenty of reasons Elizabeth Warren will never be president, and most of them have to do with the fact she’s an unappealing person. Warren’s not terribly bright, blatantly dishonest, scoldy and school-marmish, a flaming phony, and has less charisma than a bowl of bran.
Setting that aside, let’s not forget that for a short time, back in October, Warren was the Democrat frontrunner – which means, despite her personality flaws, she had a chance. So there was more to her epic failure than her persona, and that was a series of self-inflicted wounds.
The DNA Test
At the time, back in October, even before she announced her candidacy for president, I said this was the biggest presidential trainwreck since John McCain quit his campaign in 2008 to go and save the economy.
Here’s what happened…
Thanks to New Media reporting, including Joel Pollak’s early work here at Breitbart back in 2012, we had known for years that Warren is a fake Indian.
Yes, for decades, this hideous liar boosted her academic and political careers with the laughable claim she’s part Cherokee.
Then, thanks primarily to Donald Trump’s fearlessness in calling out this lie (even though the fake news media tried to protect her by declaring the topic racist), Warren not only had a DNA test done, she brazenly lied about the results with the ludicrous claim the test proved she was part Native.
The corrupt media, notably the far-left Boston Globe, did its best to carry this water, but math is math, and the DNA math actually proved she is no more Native than the average white American.
There’s even a good chance she’s — LOL — less Native than the average white American.
Good grief, the test was so phony, it didn’t even compare her genome to American Indian genome.
On every level, this was a total catastrophe, a blot on her competency and credibility that never really went away. It laid bare everything that makes Warren so insufferable — her phoniness, the fact she’s a liar, and the fact she’s a total neurotic.
Had she done the right thing with the DNA test, used it as a way to escape from decades of lying, she could have finally put this issue behind her. All she had to say was, This DNA test proves my family lore was wrong and for that I apologize. Boom. Done. She also would have earned some respect for admitting she was wrong.
Instead, though, she persisted with the lie, and I think this is why she entered the presidential race in the bottom tier, instead of the top with Bernie Sanders and Joe Biden.
The Medicare-for-All Fiasco
After Kamala Harris flamed out, Warren finally took off in the polls, and for a brief period, just a few days in late October, she was the national frontrunner.
But with frontrunner status comes scrutiny, and neurotics don’t handle scrutiny very well, which is why Warren completely unraveled.
All she had to do was answer a simple question, one Bernie had already answered: How will you pay for Medicare for All?
Bernie admitted he would raise taxes on the middle class.
Warren refused to admit this, and for a time, especially during a disastrous debate appearance, she tried to slick her way out of the question. Well, Warren is many things — slick is not one of them, and suddenly she was once again exposed as dishonest, incompetent, and easily caught off guard.
Not a good look for a frontrunner.
Warren’s cheerleaders in the media tried to cover for her with the false claim the policy is unpopular. But if Medicare for All, and the taxes that come with it, are unpopular, Bernie wouldn’t have surged after Warren collapsed. Bernie supports Medicare for All, as do about 60 percent of Democrat primary voters. The problem was never the policy. It was Warren’s refusal to be honest and her incompetence at being dishonest.
As this point, we now know this was the end of her presidential campaign. She would never recover.
But it was not the end of her self-inflicted wounds…
Attacking Bernie Sanders as Sexist
With her fortunes falling, Warren once again proved what a nasty, incompetent piece of work she is by leaking (come on, we all know it was her) what she claimed was a private conversation between her and Bernie, where Bernie supposedly told her a woman could not win a presidential election.
Bernie’s sexist, y’all!
By this time, the middle of January, her numbers were in freefall, so she obviously hoped the leak would damage Bernie with women and boost her among the far-left voters they were competing for.
Well, again, and despite the help of the fake news media, it totally backfired.
Her numbers kept right on falling, while Bernie’s climbed into first place.
In the end, Warren proved to be such a disaster, she lost every one of the dozen or so primary races she competed in.
Oh, and she is such a failure and loser, she even came in third in her home state of Massachusetts.
God forgive me the unending pleasure I’m receiving while relishing in Elizabeth Warren’s national face plant.
Follow John Nolte on Twitter @NolteNC. Follow his Facebook Page here. 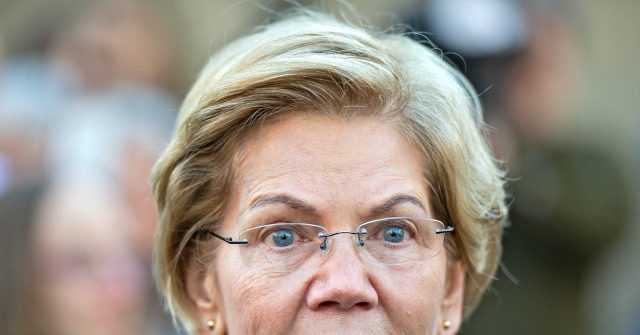 So there was more to Elizabeth Warren's epic failure than her persona, and that was a series of self-inflicted wounds.

Left out the one about lying why she got fired from a job.

Her only fault was that she was born a woman in a patriarchal society. I am so, so, sad *choke* for the kids... The little girls *sob* will have to wait four more years...

Left out the one about lying why she got fired from a job.
Click to expand...

Actually it was lying THAT she got fired at all. She resigned on her own and not under threat of termination.
P

Ever notice how some people resemble animals?

Every time I see her face it reminds me of a bloodhound dog.

personally - I think she reminded toooooo many people of Hellery - instant revulsion ...

With any luck she will be voted out of the Senate come November. Her claim to be native American is so egregiously over the top it’s lost any humor factor whatsoever. Disgraceful! Well deserving her demise.

Sorry, I forgot the Senate was six long painful years for the Democrats.
Wishful thinking on my part.
W

Her video post-announcement with the beer.

LMAO. Not even Libs took her seriously after that.
N

WalknTrot said:
Her video post-announcement with the beer.

LMAO. Not even Libs took her seriously after that.
Click to expand...