_______________
Montana Democratic Gov. Steve Bullock to run for Senate, after dropping White House bid
By Ronn Blitzer | Fox News
Democratic Montana Gov. Steve Bullock will run for U.S. Senate, a senior adviser said, taking on incumbent Republican Sen. Steve Daines.
Bullock, who had embarked on a failed bid for the 2020 Democratic presidential nomination, previously said he was not interested in the Senate but changed his mind after meetings with former President Barack Obama and Senate Minority Leader Chuck Schumer, D-N.Y.
STEVE DAINES' PRO-SECOND AMENDMENT BILL AIMS TO PROTECT LAW-ABIDING GUN OWNERS TAKING FIREARMS ACROSS STATE LINES
Bullock is expected to file paperwork Monday to officially run for the seat that, before Daines, had been held for more than 35 years by Democrat Max Baucus. Baucus left office to serve as U.S. ambassador to China under the Obama administration.
A victory over Daines would help Democrats in their quest to take control of the Senate. The National Republican Senatorial Committee (NRSC) was quick to oppose Bullock's decision and support Daines.
"Steve Bullock ran his administration like a frat house and acquiesced to the far left during his comical presidential run, not exactly the strongest way to launch a Senate campaign," NRSC spokesperson Nathan Brand said in a statement. "Bullock supported impeaching President Trump, wants to ban guns, and ignore illegal immigration. One can see why, given their visceral disdain for the Montana way of life, Washington Democrats rolled out the red carpet for Bullock."
CLICK HERE TO GET THE FOX NEWS APP
By contrast, Brand said, "Steve Daines always puts Montana first, is a proven leader and a strong ally for President Trump."
President Trump has also expressed support for Daines and has met with him at the White House. Bullock, however, was the only Democratic governor in the U.S. who was reelected in a state that voted for Trump in the 2016 election.
The Associated Press contributed to this report. 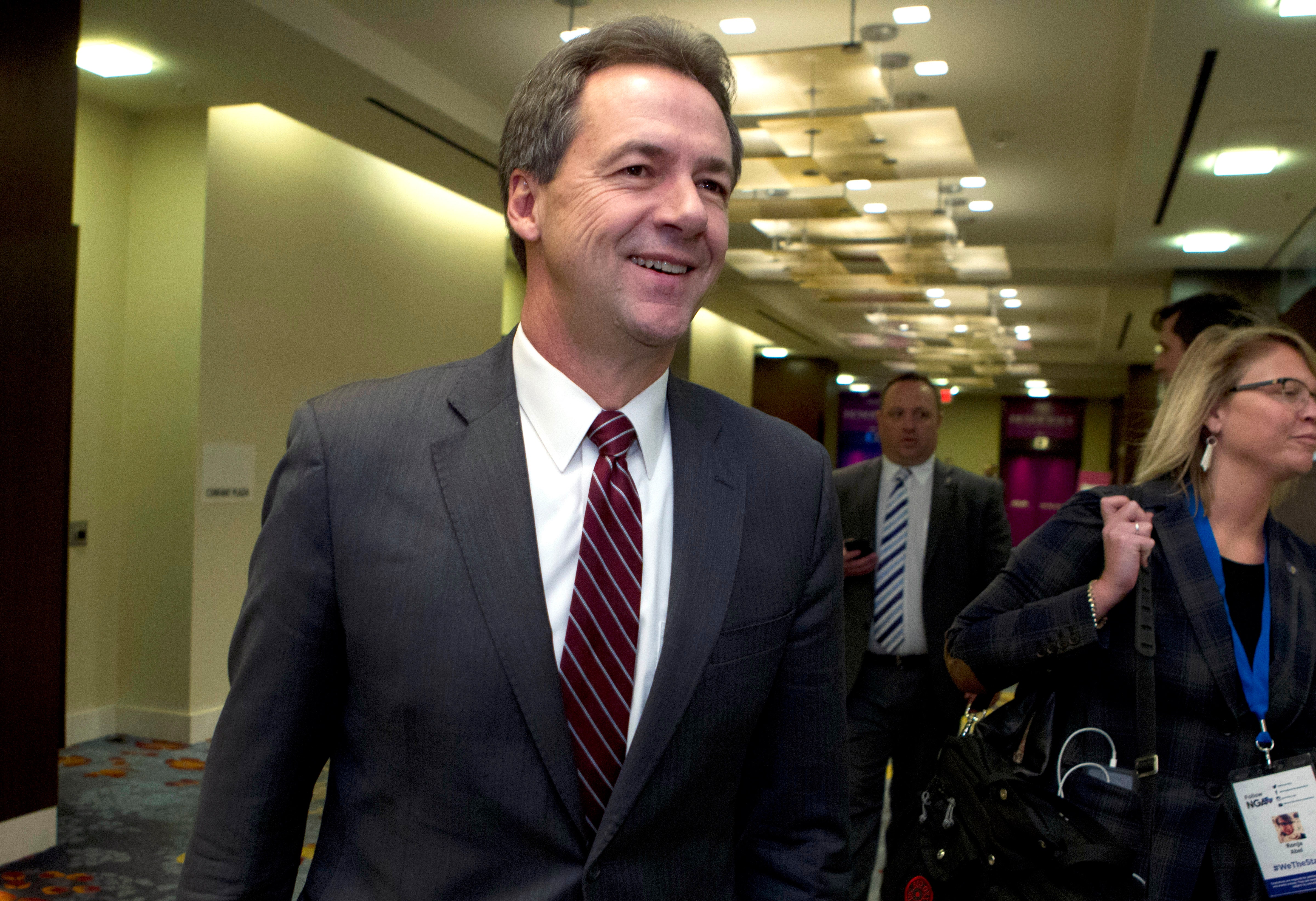 Word has it that Bullock didn’t really want to run for Senate, especially against a popular Senator like Steve Daines, but Bullock “changed his mind” after meeting with Obama, and a strange, secret late night meeting with Chuck Schumer!

Bullock just wanted to go to Washington after his time as governor and be a high priced lobbyist - rake in the big bucks, but....maybe the Demon establishment had other plans?

Will this give MT a chance at a conservative governor?

Between this guy and Tester, their other senator, I'm always surprised Montana isn't more conservative. Would have expected solid red.
W

Bullock was elected because the major newspapers, TV stations and radio stations favored him. Several medium (for Montana) sized cities also voted for him, despite being known as Republican strongholds for decades. There was also a strong smear campaign against his opponent. He was accused of being an out-of-stater and a crook. The crook charge was due to his large housing development where a sub-contractor hired an idiot who mixed the foundation concrete for a few houses with very little cement.

The Montana radio stations made it seem like the Republican candidate was cheating the people buying the houses in his housing development. I would not be surprised to find that the guy who was responsible for the lousy concrete was paid to leave out most of the cement.

The Hammer said:
Will this give MT a chance at a conservative governor?

Between this guy and Tester, their other senator, I'm always surprised Montana isn't more conservative. Would have expected solid red.
Click to expand...