_______________
Jane Fonda supporting Bernie Sanders, calling him the 'climate candidate'
By Tyler McCarthy | Fox News
Jane Fonda is throwing her support behind Bernie Sanders in the 2020 presidential race due to his position on climate change.
The 82-year-old celebrity spoke ahead of another Fire Drill Friday protest in Los Angeles where she noted that since Elizabeth Warren and Amy Klobuchar, two candidates she reportedly donated to, are out of the race, she’s backing Sanders to be the Democratic nominee to go up against Donald Trump in the 2020 general election.
"We have to get a climate president in office, and there’s only one right now, and that’s Bernie Sanders," she told USA Today prior to the rally. "So, I’m indirectly saying I believe you have to support the climate candidate.”
DONALD TRUMP REACTS TO JANE FONDA'S ARRESTS: 'NOTHING CHANGES'
The Super Tuesday Democratic primaries catapulted Vice President Joe Biden to front-runner and, after others vying for the Democratic nomination dropped out, rendered the race to one between Biden and Sanders, I-Vt. Sanders is looking to recapture the momentum that powered him through early states before Biden surged in South Carolina and many of the 14 primary contests Tuesday.
Fonda, who is starring in “Grace and Frankie,” followed a group of people who spoke at a protest in Los Angeles about how climate change has impacted them personally. She gave an impassioned speech clad in her usual red jacket where she took shots at the fossil fuel industry and the “small bunch of white men” getting rich off of it.
“There’s a small bunch of white men getting really rich while they’re destroying the health of the people like the people you heard from. And this is just the tip of the iceberg,” she says in a video shared by a USA Today reporter. “And guess what, it’s happening all across the country and all across the world. And so we have to say ‘no more fossil fuel!’ Windmills are great and solar panels are great and Priuses are great and we have to do all that but it’s not going to matter if we don’t stop the drilling and the franking and the exporting and the refining of fossil fuels.”
JANE FONDA DISMISSES CRITICS OF HER CLIMATE PROTESTS: ‘THOSE PEOPLE DON’T MATTER’
Fonda opened up to the outlet about how she’s avoiding jail time after being arrested five times in Washington D.C. doing her Fire Drill Fridays protests. She’s since resumed her efforts in Los Angeles, and avoided handcuffs thanks to a deal her lawyers cut with a D.C. judge. The star explained that she can avoid completing community service and returning to the city for a court date provided she goes at least three months in Los Angeles without getting arrested.
She said that as soon as she’s outside the three-month window, she plans to get arrested protesting climate change once again. 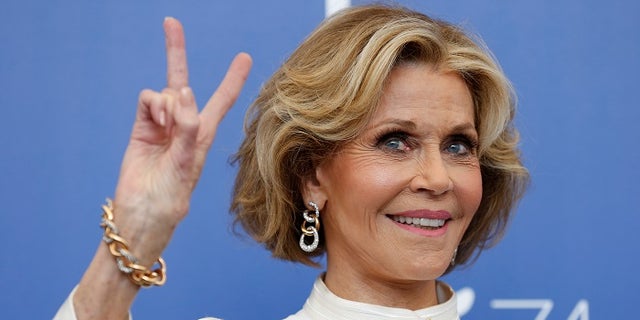 Jane Fonda explained how she's avoiding real jail time after being arrested five times. (Reuters)
In November, she discussed critics of her aggressive protest strategysaying: "Those people are always going to attack that way. The best way to attack a celebrity is to say, ‘Here she is, doing it for their own glory or promotion or whatever.'
CLICK HERE TO GET THE FOX NEWS APP
“It doesn’t matter,” she added. “Those people don’t matter. It doesn’t matter. Good people know. I could be doing a lot of other things besides getting out there. And I’ll be there if it’s snowing, raining, sleeting, hurricane, it doesn’t matter. I’m going to be there.”
The Associated Press contributed to this report. 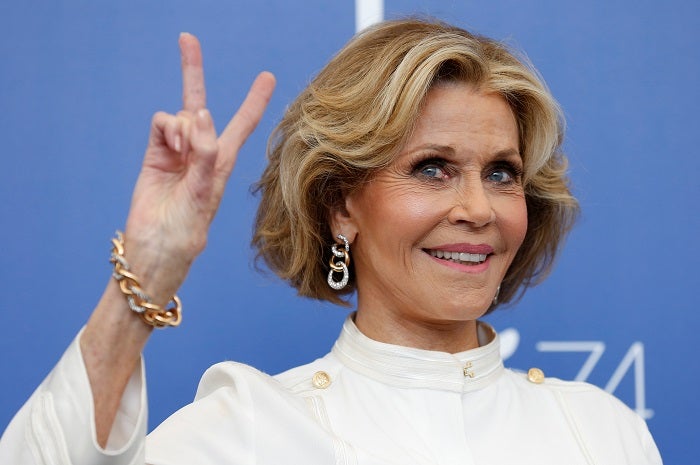 Jane Fonda is throwing her support behind Bernie Sanders in the 2020 presidential race due to his position on climate change.

Does being the climate candidate assume you will soon be reaching room temperature?

Leave it to commie Jane to give you the truth about being the watermelon candidate. Green on the outside and red on the inside.

She probably wears a "Che" shirt. The epitome of style. 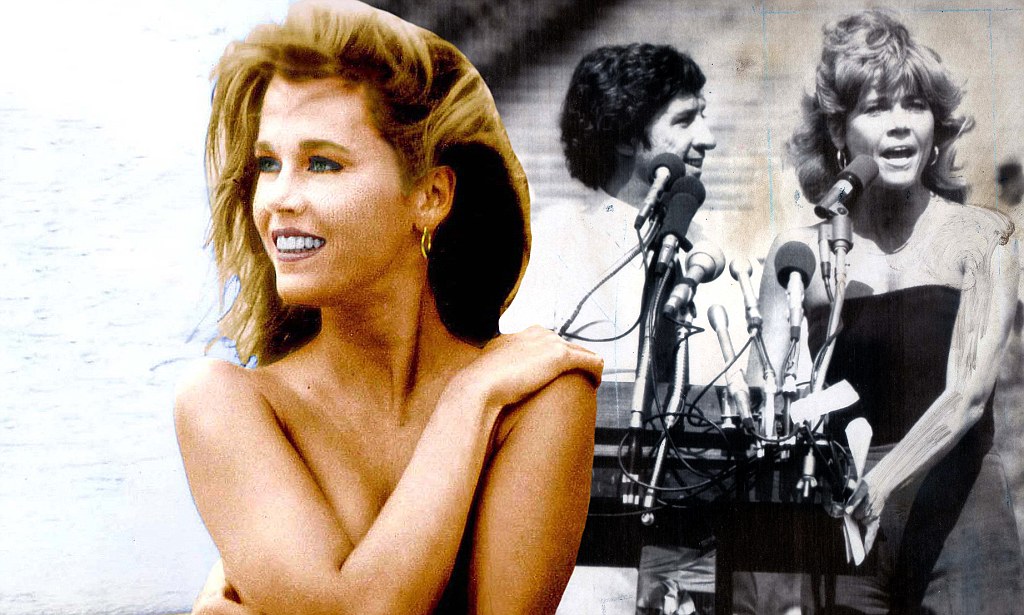 Rebel without a bra: Jane Fonda said her biggest regret was not sleeping with Che Guevara... but that was to please her husband

A new biography lays bare the insecurities that drive Jane Fonda, and after we told the story of her traumatic first marriage last week, there were even more turbulent times to come...

Tripod said:
Who cares what jane says or who she supports, on one.
Mike
Click to expand...

Well, that's just wonderful, Janie! Most Vietnam vets knew what you were. Now the rest of us do too.

I think she just farted dust. The fact these people are asshats is only compounded by the fact they have a way to express their feels to a national audience. My feels are as important as hers but no one knows what my feels are! Dammit!
R

Yea the only people who can save the world from Coronavirus and climatic heat death are the Democrats led by an actress with no scientific knowledge or any intellectual ability whatsoever on any subject including her profession.
D

Still ain't fonda Jane. Don't care for commie Bernie either, or any of their ilk, kith, kin or tribe. They all need to die.

I still wish someone would have chained her to the seat of that AA gun and left her there.

Jane Fonda drew bitter criticism after being photographed atop an anti-aircraft gun during a controversial 1972 visit to North Vietnam. Meeting with TV critics Wednesday to discuss a new HBO documentary on her life, she expressed regret for that moment.

Tripod said:
Who cares what jane says or who she supports, no one.
Mike
Click to expand...

You should care, if even from a point of simple observation since she has tens of millions of followers. She also has enough money to fund a small army.

Barbarella and Bernie. Kind of has a ring to it.

Elderly communists of a feather stick together...........

Wish both of them could be chained together and dropped head first into the Potomac river.

Better yet, I'd like to see both of them saying bad things about Hillary-then letting Hillary take care of both of them.
J

I had a friend who was a VN vet that passed away a few years ago. And George told me several times if he ever has the opportunity to run into Hanoi Jane, he would shoot her graveyard dead. I believed he would too if he ever got the chance, he hated her that much.
You must log in or register to reply here.
Share:
Facebook Twitter Reddit WhatsApp Email Link
Top