If anyone who is knowledgeable about this, can you please explain so that I can understand? I have a child graduating from university in December. “Free” law school would be wonderful for him...if it were possible. No student loans to pay off!...but, I certainly do not see this happening. There is just no way.

Here is the link to the article:

Yes Bernie boy has the answers there

Their entire premise is faulty. Receiving a merit scholarship at an otherwise for-pay institution is not at all the same thing as going to college for free because the taxpayers are picking up the tab of all students attending the same institution.

If cost equates with quality as places like Harvard and Yale signal based on their tuition vs. your average state college which is generally much cheaper for in-state students then free tuition will eventually negate any perceived benefit of attending a Harvard or Yale.

If you want to compare drop out rates based on race, then compare it to drop out rates at the highschool level. Public school is "free" as well but the drop out rate is quite high in some areas, especially when you categorize it by race.

The only "benefit" I see is knocking out the issue of tenure. Those six-figure salaries for professors, researchers, and admins would go away as well. Sports scholarships would be a thing of the past. And professors making money on the books they write by selling them as textbooks would also slowly die as a money maker.

However, also would die the idea that a BA or BS was sufficient. It is already going away as more and more professions require a masters degree or higher to get licensure. Used to be job experience was enough to be a counselor, then it was a BA/BS, now in most states you are required to have a masters or higher to be a counselor. To be a nurse you used to start with a certification, then a 2-year degree, now to be an actual RN requires at minimum a BS from a certified College of Nursing. If everyone can get a BA/BS then all professional certifications will increase to the point that graduate degrees are required and necessary.

God has a plan, Trust it!

Free College. I did it. Employer paid for my tuition so long as I maintained a B average or better.

It is called getting a job at a company that has a tuition reimbursement program. Compensation is more than just wages - always look at the benefits packages of a company you are looking to work for. Sometimes, they are worth more than the wages themselves and worth it to take a lower salary to get higher compensation in form of benefits (especially if you are an older worker). Rare things like pension plans are a big plus, as are a good medical (retiree medical even better).
Last edited: Sep 30, 2020

Employers ask for BAs because so many HS diplomas are attendance rewards...if that
reform public education

Thank you all for your responses. I do understand better now.

The juco system does already function very similar to the way our public school systems function. Yes, public schools are already "free" to students and maybe it wouldn't be so far fetched for jucos to be "free." They already cost much less than colleges and universities. Some jucos in MS already offer free college to graduates from particular minority high schools.

I went back to college after my youngest graduated high school and left for college. There are an awful lot of minority students who go to college "for the money," as I was told. I had a sweet black girl in some classes who was highly motivated to better herself and she spoke to me about her peers quite often. They get quite a large amount of money to put in their pockets in addition to free school, free meals, free laptops and anything else from the bookstores, all via financial aid.

As she said, they abuse the system by skipping class, spending the money they receive on things other than their educations, and they only last until academic probation puts them on financial aid probation. They lose their financial aid and then have to look for jobs, or some other way to pay their living expenses or move back home. "Free education" doesn't help those who aren't motivated to better themselves.

I understand enormous amounts of financial aid monies go to the schools, but can not see how a college/university can exist with the money from paying students as well. It is ridiculous what it costs to go to a major university! Luckily, my youngest graduates with his BS in a couple of months. (Yay!) But, I dread knowing what law school or grad school is going to cost. I am thankful and thrilled he is motivated, determined and geared for that.

OMT...
Am I correct in my understanding from this article about the "experiment" that the govt would be footing the bill?

A lot of the college "experience" could be done online. One lecture can be viewed by millions of people. People can pay to take tests or have papers graded.

naturallysweet said:
A lot of the college "experience" could be done online. One lecture can be viewed by millions of people. People can pay to take tests or have papers graded.
Click to expand...

I took as many classes as I could online. I also paid for a proctor so I wouldn't have to travel to school to take my exams.
X

How timely, my daughter texted me earlier today pissed off about being forced to pay for someone else’s college. 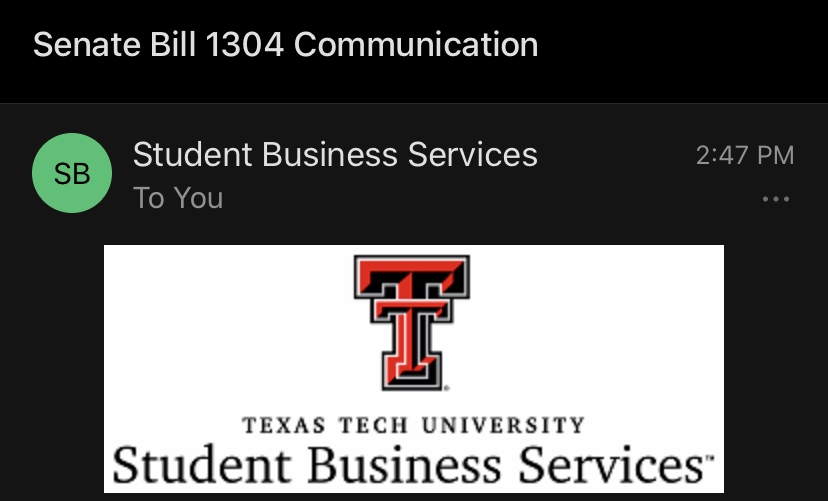 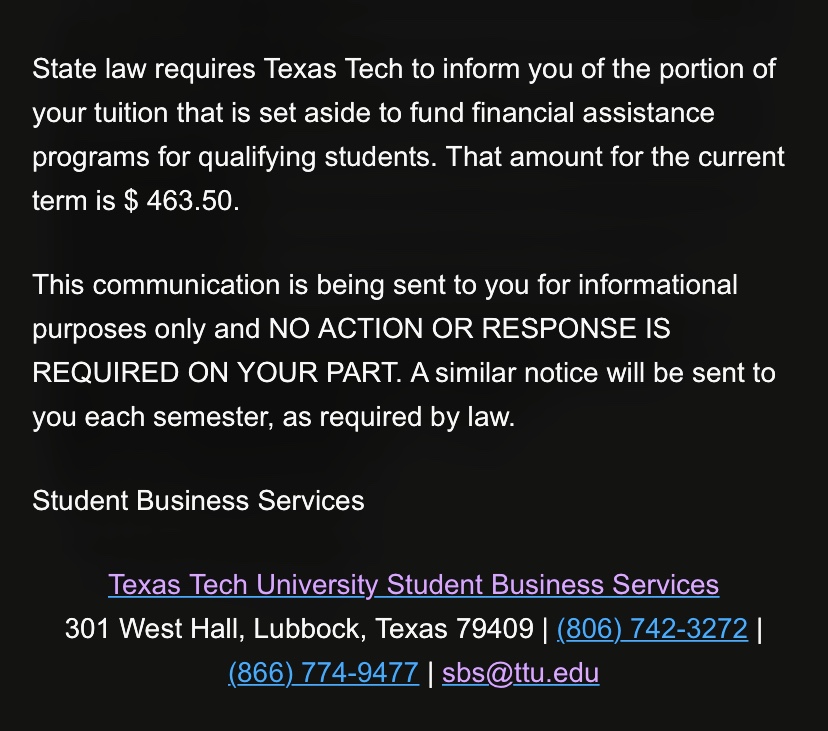 I cropped it into 2 images to remove her name.

Easily done for all bovine poo majors in their entirety. Just put the coursework online, automate it, and make access free (to U.
S. citizens only).

We could have free college level education. If the federal and state governments would simply remove all payroll and labor liability laws.

Burns my arse when people pay for a education, when they could earn one by working for individuals in the fields thay want to be in for free, or almost free.

Use to be called apprenticeship, still is but the student nowadays is required to be on a payroll and of age, etc.. huge liability to the master. If the student should slip and fall etc.. BS!

the biggest problem can be encapsulated Joe Biden's statement . . .
Coal Miners can learn to code.

The idea is that the people that are not qualified, don't want, and do not need college
must pay for those that do.

Free college is a confidence scheme - con game.
The basis for this con game is the idea that you want you children to have the opportunity you never had.
Parents throughout history have sacrificed their wealth so that their children can go to college and become . . . Doctors, Lawyers, and other rich professionals.
The con game is based on this desire.
If they can get the mob to agree to this desire, then they can tax everyone even those who do not have this belief and create a slush fund to pay for college for all. They have done it with K-12 education. Everyone pays to send ALL the children to school.

There is simply no reason the first two years of college can't be all online. Each class on videos that are watched by millions online. Anyone should be able to watch them. The books can be online and free to the student as well. No need for the newest addition. . A reasonable small fee for tests or papers to be graded at a local local community colleges can be charged.

naturallysweet said:
There is simply no reason the first two years of college can't be all online. Each class on videos that are watched by millions online. Anyone should be able to watch them. The books can be online and free to the student as well. No need for the newest addition. . A reasonable small fee for tests or papers to be graded at a local local community colleges can be charged.
Click to expand... 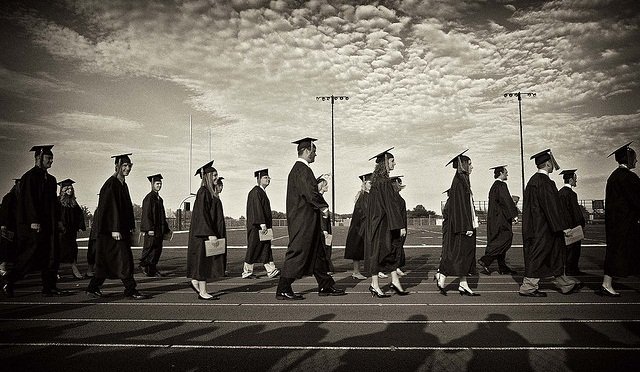 Opportunities for free online learning continue to expand. This list gives you a look at 50 websites that offer free online courses.

Collage is so old fashion and now inefficient. I can't think of a profession that requires to be taught in a college. Why can't big and even small businesses can train their employees. Even doctors and nurses. Its It's totally possible, is it not?

I wonder if the only profession that now requires college education is government jobs that only PHDs need to apply too. And frigging lawyers but screw them, who say we have to educate lawyers the way we do? Why?
You must log in or register to reply here.
Share:
WhatsApp Email Link
Top