Buttiplug: I Won’t ‘Take Lectures on Family Values' from a Trump Supporter

If anyone whats to take any shit of this clown, all they have to do is scrape it off
his zipper. How anyone pays any attention to his clown is beyond me.

Ellen Degenerate and little Petey Buttplug. Now there’s a pair to draw to.

idum said:
Can't stand to look at Butifudge. He's had stuff in his mouth I wouldn't hold in my hand.
Click to expand...

How do you pee?

MountainBiker said:
That Mayor Pete served and Trump bought his way out of serving. On this issue Trump does not hold the high ground. He took the route than many rich boys did back then. Either we respect those that served in the military for the service they gave or we don't. Hate him for any other reason but give him credit for being a veteran.
Click to expand...

And, yet, which one is commander-in-chief and which one, during the era that I served, would have received a general or less than honorable discharge?

BTW I hate saying "discharge" when talking about this douche'

MountainBiker said:
That Mayor Pete served and Trump bought his way out of serving. On this issue Trump does not hold the high ground. He took the route than many rich boys did back then. Either we respect those that served in the military for the service they gave or we don't. Hate him for any other reason but give him credit for being a veteran.
Click to expand...

Perhaps you'd be happier on another forum....I hear that GodLikeProductions has openings....

BTW TRUMP didn't buy his way out of anything he had a medical condition.

To hold any of the communists/demoncrats running, above TRUMP, My Commander-in-Chief is extremely insulting and offensive to me....I'd make you regret getting up this morning if you were standing at my front door.

BTW I served as a MARINE in Chu Lai Viet Nam for 12 months and 22 days....then after leaving the Corp, I served three years in the Air National Guard.
Last edited: Feb 22, 2020

Ragnarok said:
How do you pee?
Click to expand...

Almost certainly not in other mens' @sses, as Mayor Buttplug likely does.
Anyone not seeing a problem in the latter, you need a change of address to a padded room.

Vietnam was botched long before day 1. No one should have gone.

So we are to trust a fag who obviously doesn't understand, or is confused, or mentally unstable. After all he doesn't acknowledge his own anatomy and what it's real purpose is. Yeah ... Just what this country needs right now .... a pickle puffer.

So get this ... He would be the first president .... and first lady at the same time. What an achievement this country has made. The freaks take over .....

DJT was top of his class at New York Military Academy and bone spurs are actually a very real medical condition that makes one fail the physical exam for military service, MountainBiker. That being said, I don't know his heart or intent at that time, but at least he didn't completely dodge the draft like Bill Clinton.

As for the great "veteran" Buttigieg, yeah, he did a whopping 6 month tour in the sand box (just long enough to get his ticket punched to be able to be called a vet at all), riding a desk while checking financial records looking for clues to potential terrorist activities before coming back to CONUS and serving the balance of his time in the Naval Reserves.

Sorry, but to me at least, playing dockside chair bound Naval officer one weekend a month & two weeks in the summer is even less of a "vet" in my opinion than John Kerry who stayed in theater long enough to three boo boo out back to a cushy aide-de-camp job before riding his "Vet" laurels onto his political career.

Pukes like Kerry & Buttigieg don't do it out of love of country - in fact, they tend to think those of us who do are idiots. They do it because it looks good on their CV and helps them look like "regular guys" to voters later on.

My kids have "gay" friends. They know how I feel about it. They also have friends who are transitioning. lol! They're play acting the other sex. Nobody has had their equipment updated. So no real commitment. Just play acting. Mary Pete needs to feature his wife/husband on stage more. Is he ashamed or what? Inquiring minds want to know. 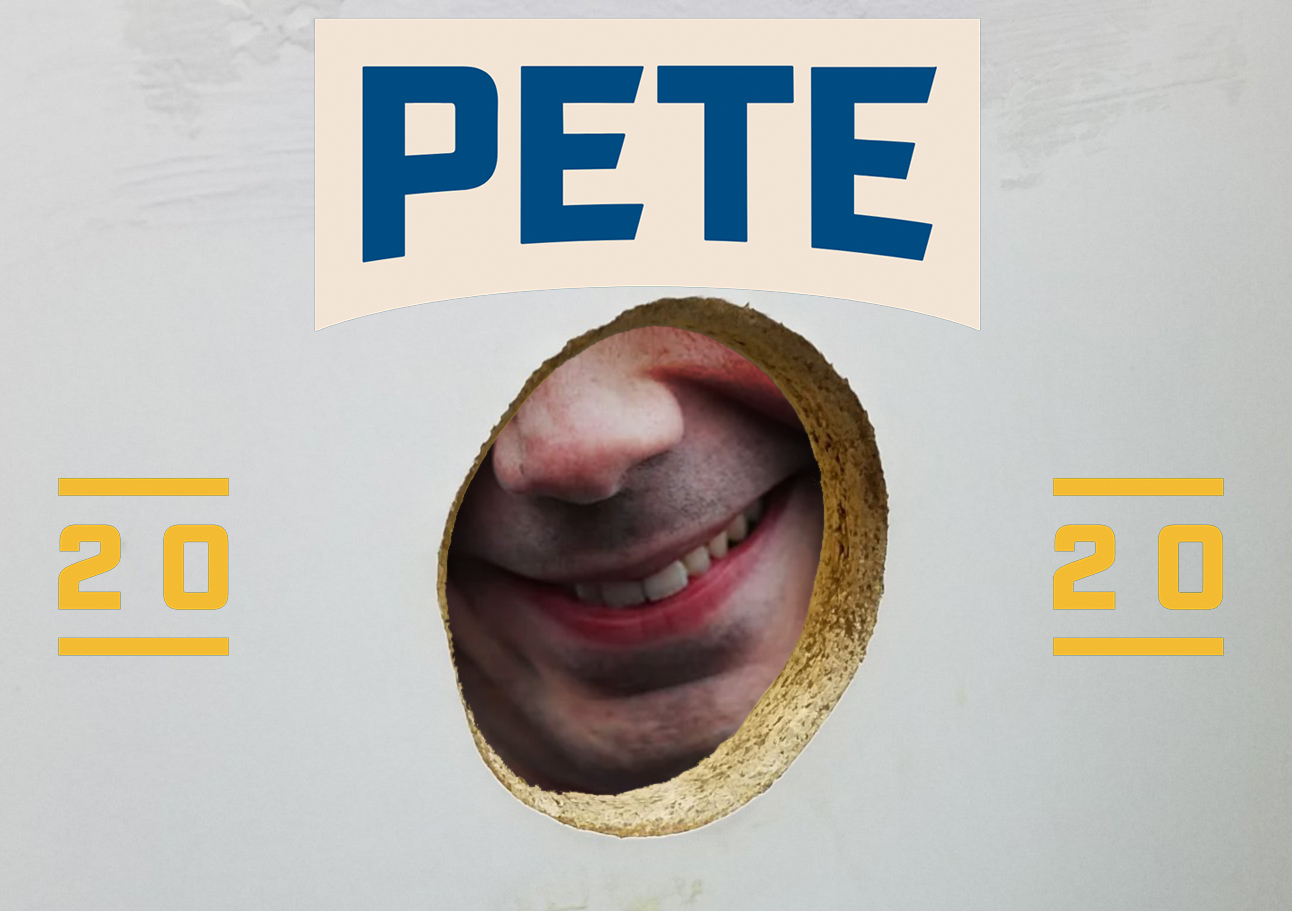 More to the point, picture that guy representing our country in matters of State. Can you imagine the reception he'd get in Saudi Arabia, Russia, China, or Salt Lake City for that matter?

Echo 5 said:
Vietnam was botched long before day 1. No one should have gone.
Click to expand...

Truth to your comment - heard it with my own ears, from a small group of Viet Nam era senior retired Marine and Air Force officers, sitting around a lunch table, chatting - they were not kind in their commentary, targeting the constant political meddling in the whole affair, which precluded a decisive military win, and an unclear military mandate - "Why were we there?"


Dennis Olson said:
The French started the Vietnam war. That’s proof enough it was a mistake.
Click to expand...

But funny as hell !! Pete and all his glory. Hang it from freeway overpasses.
Z

Blacknarwhal said:
I thought I heard somewhere he was in counter-intelligence or something like that in his army days. That could make him connected to CIA.
Click to expand...

Below from- Documents provide glimpse into Buttigieg's military service

"The Hill reviewed Buttigieg’s certificate of release from active duty and a counseling report. The documents are highly redacted but reveal new details about Buttigieg’s work to disrupt the flow of money among terrorist organizations as part of Operation Enduring Freedom..."

"
According to the documents, Buttigieg served in the Afghanistan Threat Finance Cell (ATFC) in Kabul, placing him in “an imminent danger pay area” from late March to mid-September 2014, while the then-32-year old was still serving his first term as mayor.

The ATFC “identifies and disrupts Taliban, Al-Qaida and other insurgent financial support networks in Afghanistan.”

"The documents do not say anything about Buttigieg’s time outside the wire, but military officials who reviewed the documents for The Hill note that he likely did not engage in direct combat, which would have earned him a Navy combat ribbon."

Question- just what did butt-plug do while in the service?

As far as family life, for millennia families were father, mother and children...

… butt-plug's family is a father and "father"

And as far as him trying to lecture Christians about the bible, maybe he should read....

... it is awfully clear what God thinks about it

Limbaugh, who was awarded with the Presidential Medal of Freedom earlier this month following his diagnosis with advanced lung cancer, also revealed that Trump reached out to him to tell him to stand by his statements.

“Hell, the president even called me about this,” Limbaugh later said. “Trump said: ‘Rush, I just got to tell you something. Never apologize. Don’t ever apologize.'”
.
Click to expand...

Exactly. All left-wing faux outrage is designed to make us back down on our moral values, to de-legitimize them. The goal is to intimidate and coerce us into replacing our 'inferior' moral values with their 'superior' moral values. What makes their deeply held beliefs 'superior' to ours? Nothing except the old tried and true we said so aka might makes right.

Homosexuals are free to do whatever they want with one another but the moment they tell me how we should feel about it they have crossed the line into tyranny. If we do not want to celebrate some man kissing another man that is our right and any attempt to change our deeply held beliefs on the matter is nothing more than violence against us.
Last edited: Feb 23, 2020

Groucho said:
So I'm supposed to be impressed by what a fudge packer says to a rug muncher? The good news is neither will procreate. Dead end kids.
Click to expand...