LAUREN BOEBERT HAS TAKEN THE LEAD 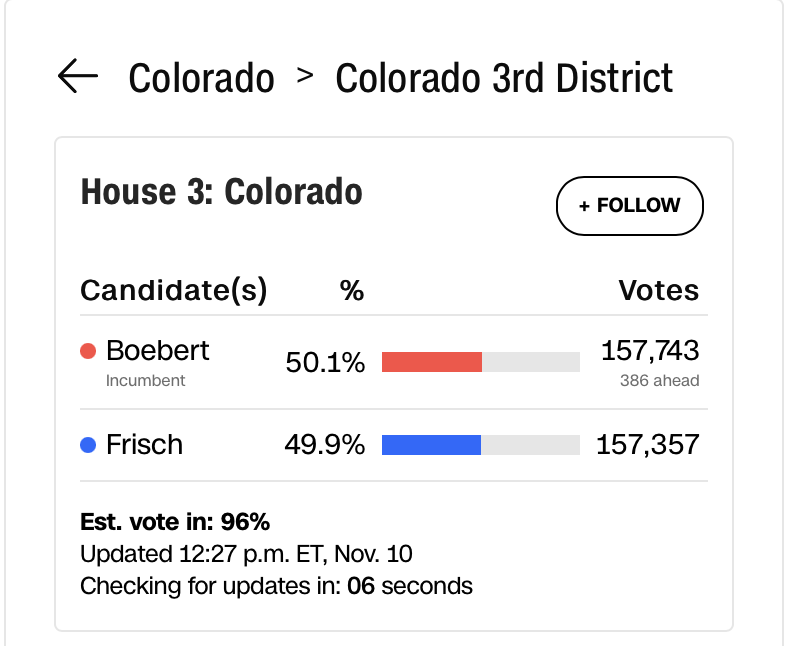 Jen Psaki and the democrats think Latino’s are ignorant. Democrats wonder why more are voting Republican. It’s because Republicans don’t care about the color of your skin
RT 3min

Mitch McConnell dumping $9 million into Alaska so pro-abortion RINO Lisa Murkowski could beat an America First Republican instead of spending it in Arizona for Blake Masters, whose race is going down to the wire, should be the nail in the coffin for his time as Leader.

You can blame Trump and Thiel all you want. The bottom line is Republican voters choose their candidates and it's Mitch McConnell's job to elect them to the Senate. Arizona was fully up for grabs with Blake but he took money out of the state for literally no reason. No excuse.


Like seriously. Why do we allow this guy who is four years older than Trump, has been in government since before I was born, and has the highest unfavorable rating of any politician in America continue to have so much power over our party

McConnell spent more money in Colorado than he did for Blake Masters in Arizona. How did Joe O'Dea do? He finished worse than Chuck Schumer's GOP opponent did in New York.

She does have a twin sister though.

BANNON: Remember, @bgmasters was abandoned by @LeaderMcConnell — & it took @KariLake who’s in a dog race herself to say no, we’re going in as a team & we’re coming out as a team. How many ppl think like that? In politics, you don’t think like that. This is what leadership is.
RT 40secs

I was just reading about that, to think they need this level of security or wanting to keep some people from seeing what's going on.

The longer this goes on, the more certain it is that the dims will "win." Tell me I'm wrong.

They added 100K to fetterman's 3x while I was watching. Each time Oz would get close Fetterman would jump ahead by 100K. This happened on Reuter's live election map.

Groucho said:
The longer this goes on, the more certain it is that the dims will "win." Tell me I'm wrong.
Click to expand...

They're stealing it for sure.

The Chairman of Maricopa County's Board of Supervisors just said that there are around 400,000 ballots left to be counted and that they won't be done until "early next week."
RT 26secs

THEY DID IT AGAIN! Two massive unexplained ballot drops gave Gretchen Whitmer the lead in Michigan – They ran a ‘Drop and Roll’ in Michigan

Clark County, Nevada has 50,000 ballots left to be tallied and it's going to take until Monday to finish counting them.
RT 1min 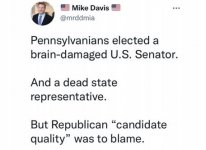 52% of Fetterman's votes were mail in ballots.

Do you understand what they do now?

I'm not on blood pressure medication, but I should go take a pill anyway. There's only so much we can take, when will this stop?
S

vector7 said:
52% of Fetterman's votes were mail in ballots.

Do you understand what they do now?

I wonder what percentage of mail in votes Dr. Oz got?

Direct link to the substack report:

IF THIS IS NOT INTENTIONAL ELECTION INTERFERENCE, THEN I DON'T KNOW WHAT IS.

Get The Houston Comical in your inbox

Documents the entire problem set that AZ election workers were dealing with - astounding. 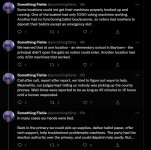 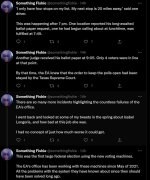 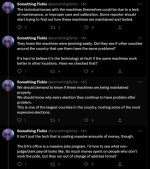 NOTHING TO SEE HERE...


Looks like Washoe County's live stream, which has been showing 4 angles of the ballot counting rooms, did go dark last night at 11:24p and stayed dark until just before 8a this morning. We've reached out to Washoe County to ask what happened.


We know that our election livestream cameras went dark overnight. We investigated what happened and how to prevent it happening again. Learn more here:

Right before the delivery truck with the freshly printed ballots showed up. You think you'll have enough ballots to claim you're finished, or do we need another order?

Here’s the video! Maricopa County elections official uses sheriff deputies to deny our 1st Amendment right and threatens to arrest arrest me and @ConradsonJordan of the Gateway Pundit. Simple question, what are they trying to hide? Is it incompetence or corruption?
RT 7min

Just a little History lesson for all. Athens TN 1946

Bill White, a marine who had served on Guadalcanal and Tarawa, had known it would come to this. Earlier that summer, he had stood up at a meeting of the GI Party and asked: “Do you think they’re going to let you win this election?” Nobody had wanted to hear it. Now he stood among a despondent and dwindling group of GIs at a garage in downtown Athens. Most had given up and gone home, conceding yet another election to the machine. White had never made a speech in his life. But, now, he knew that if someone didn’t light a fire under the handful of GIs who remained downtown that everything would be lost.

“Well! Here you are!” White said “After three or four years of fighting for your country. You survived it all. You came back. And what did you come back to? A free country? You came back to Athens, Tennessee, in McMinn County, that’s run by a bunch of outlaws. They’ve got hired gunmen all over this county right now at this minute. What for? One purpose. To scare you so bad you won’t dare stand up for the rights you’ve been bleeding and dying for. Some of your mothers and some of your sisters are afraid to walk down the streets to the polling places. Lots of men, too! Because they know what happens. A car drives by in the night and shoots out your windows. If that doesn’t scare you enough, they’ll set fire to your house or your barn. They’ll beat up members of your family and put them in jail. For no reason! Is that the kind of freedom you were supposed to be fighting for? Do you know what your rights are supposed to be? How many rights have you got left? None! Not even the right to vote in a free election. When you lose that, you’ve lost everything.

“And you are damned well going to lose it unless you fight and fight the only way they understand. Fire with fire! We’ve got to make this an honest election because we promised the people that if they voted it would be an honest election. And it’s going to be. But only if we see that it is. We are going to have to run these organized criminals out of town, and we can do it if we stick together. Are you afraid of them? Why, I could take a banana stalk and run every one of these potbellied draft dodgers across Depot Hill. Get the hell out of here and get something to shoot with. And come back as fast as you can.”

Yes. I'm sure it DOES mirror what you've seen in past elections. That's the problem. Shenanigans

Publius said:
I was just reading about that, to think they need this level of security or wanting to keep some people from seeing what's going on.
Click to expand...

This and the videos from Ben Bergquam are because of death threats received against the vote counters and election officials at the tabulation center. He doesn't have credentials, which have always been required.

Personally, I think this type of thing distracts and doesn't do anything to help the cause and Ben isn't going to be able to show anything that the live cameras inside won't capture. He can stand behind the barricade and film at that gate or other areas outside the facility, but should not be interfering without the credentials. If he feels the credentials have been incorrectly denied, he should take them to court. The vast majority of people in this state are not allowed there.

I live here, and voted for Kari Lake and believe her when she says they have lawyers on the ground monitoring the election. Sometimes I think we just need to think a little harder about what we're doing and not be stupid about things.

351K votes not counted during AZ primaries and more on irregularities...