Everything the demon-crats are involved with, they have to cheat. They are poor cheaters and don't cover their tracks well but they don't care for a reason. They control the deep state and 80% of the main stream media who like in the book 1984, rewrites history and shoves any inconvenient evidence and facts down the memory hole. They are assisted by a corrupt Just-Us judicial system that covers for them by denying an open hearing and by the deep state agencies who ignore the crimes. 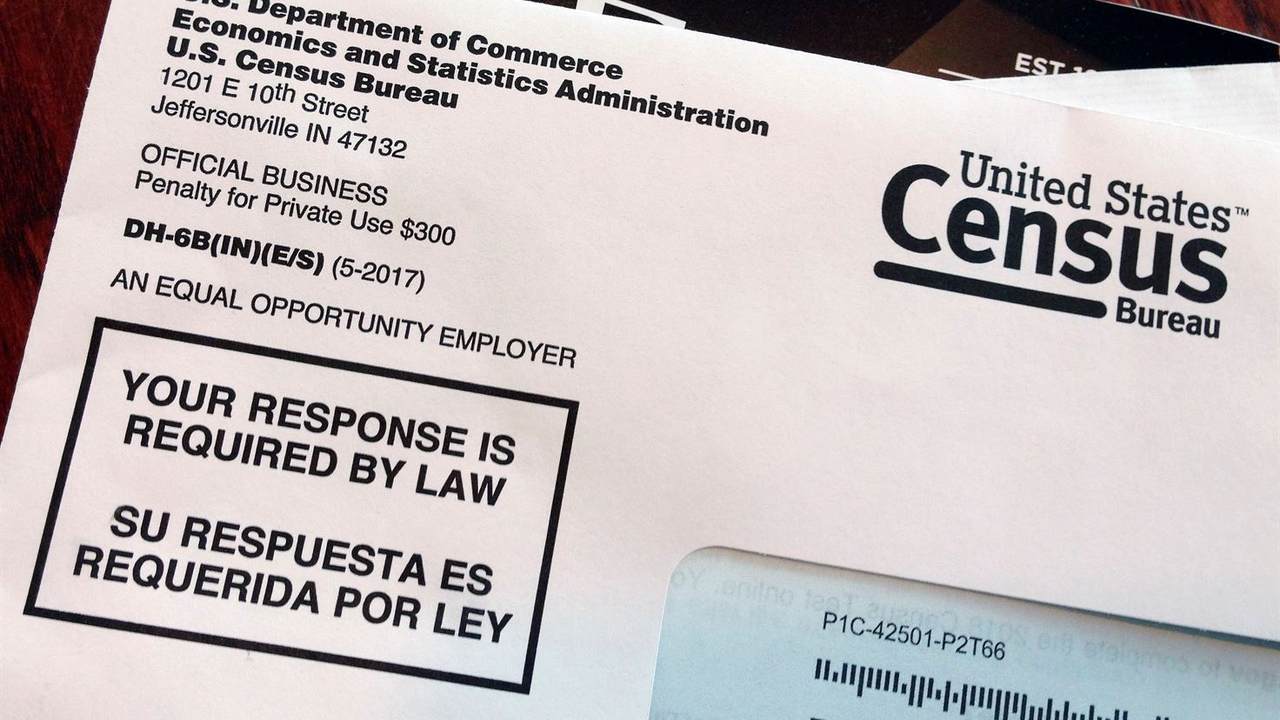 There is something very fishy about the new 2020 Census Bureau data determining which states picked up seats and which states lost seats.

There is something very fishy about the new 2020 Census Bureau data determining which states picked up seats and which states lost seats.


Most all of the revisions to the original estimates have moved in one direction: Population gains were added to blue states, and population losses were subtracted from red states. The December revisions in population estimates under the Biden Census Bureau added some 2.5 million blue-state residents and subtracted more than 500,000 red-state residents. These population estimates determine how many electoral votes each state receives for presidential elections and the number of congressional seats in each state.

Is this a mere coincidence?

These population estimates determine how many electoral votes each state receives for presidential elections and the number of congressional seats in each state.

Remember, the House of Representatives is razor-thin today, with the Democrats sporting just a six-seat majority with five seats currently vacant. So, a switch in a handful of seats in 2022 elections could flip the House and take the gavel away from current Speaker Nancy Pelosi and the Democrats. A shift of 3 million in population is the equivalent of four seats moving from Republican to Democrat.

The original projections for the Census reapportionment had New York losing two seats, Rhode Island losing a seat and Illinois perhaps losing two seats. Instead, New York and Illinois only lost one seat, and Rhode Island lost no seats. Meanwhile, Texas was expected to gain three seats, Florida two seats and Arizona one seat. Instead, Texas gained only two seats, Florida only one and Arizona none.

Was the Census Bureau count rigged? Was it manipulated by the Biden team to hand more seats to the Democrats and to get more money -- federal spending is often allocated based on population -- for the blue states?

The evidence is now only circumstantial, but when errors or revisions are almost all only in one direction, the alarm bells appropriately go off.

Here are some of the strange outcomes in the Census revisions just released:

No. 1: New York -- We've been tracking the annual population/migration changes between states since the last census in 2010. Over the past decade, New York LOST about 1.3 million residents on net to other states. (This does not include immigration, births and deaths.) Still, this is a population loss that is the equivalent of two, maybe three, lost congressional seats. But the final numbers ADDED approximately 860,000. That's roughly twice the population of Buffalo and Rochester -- combined. This is the state that has lost by far the largest population over the past decade.

No. 3: Many red states had 2020 census numbers lower than their 2020 estimates: Arizona, North Carolina and South Carolina.

No. 5: Virtually every one of the large deviations from the estimates favored Democrats. Just five states in the 2020 census were within the same margin (0.41 percent) that all states were within from the 2010 census.

And yes, cheating seems to be a "feelz" emotion. Get what you want because you feelz it without thought (rational consideration) that in your cheating someone else might be "cheated" and NOT get what they're due.

As in "selfishness brought to criminality."

But if you own the courts - the criminality doesn't matter, does it?

And, human beings being human engage what little rationality remains to "justify" their cheating.

Owner tells of an interaction he got into with the Director of the a local pre-school. I think I can tell it in his words.

So she starts to push back on me lamenting the potential for a Trump win should Congress not adhere to the Electoral College. "I know you support Trump but God help us if that man wins."

I ask her given all the accusation of cheating that have surfaced would you NOT want to find the truth in this? After all, perhaps a majority DID vote for Trump and he should rightfully be President?

I could see the wheels going around in Directors head. Like she had never apparently thought before about a correlation between popular vote and popular acceptance.

I again asked "Don't we both want the election to be truthful so the will of the people can translate into consent of the governed?"

Honestly Dobbin - she couldn't agree to want the truth.... And that's the scary part.
Click to expand...

The Director is nice. I've met her. A more dedicated teacher I don't think you can find. But based on Owner's conversation I'm not sure she's the brightest bulb in the box.

And - I think she knows Trump actually won. But can't bring herself to admit it.

Well, it's a great mystery, that's for sure!

Why would they possibly want to add 'population' (counts) to their core areas?


Such a head-scratcher, that one is.

So they wouldn't look so bad, and loose so many reps when the count came in.

Because they used the wrong computers.

They only "thought" they added enough. Hitlery, next time they will make sure.

I'm sure we can come up some more.

What? They were again using Dominion machines again???
F

Gosh. I just can’t imagine! What does it mean?

The democrat party is the modern face of evil and Nancy Pelosi is the new satan.

your right
I was thinking carol burnet
Senior moment

Anybody figger this out yet?

Just so hard to understand...
You must log in or register to reply here.
Share:
WhatsApp Email Link
Top