CORONA We Should Abandon the Religious Exemption for Vaccines 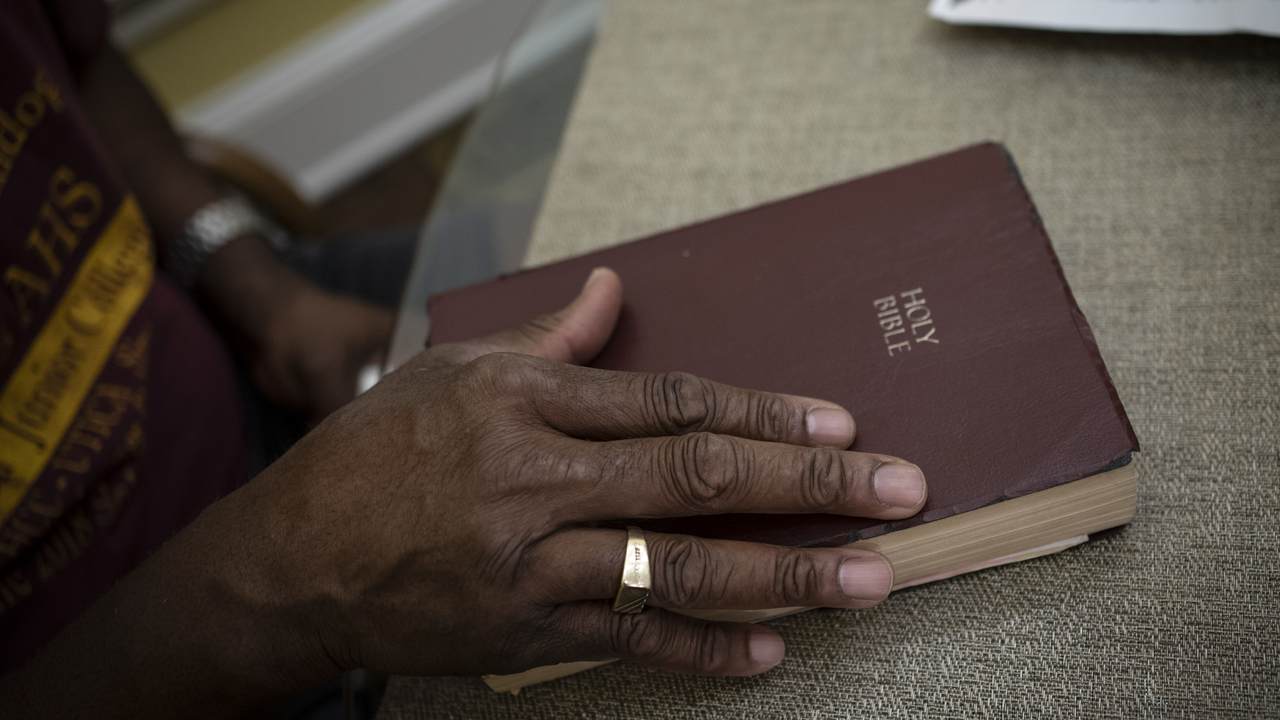 Before you start throwing things, I’m not suggesting that people with religious concerns about the vaccines should ignore those concerns. They may be serious and valid, and for those people,

Before you start throwing things, I’m not suggesting that people with religious concerns about the vaccines should ignore those concerns. They may be serious and valid, and for those people, should be pursued. I could even add one:

19 Or do you not know that your body is a temple of the Holy Spirit who is in you, whom you have from God, and that you are not your own?
Click to expand...

The idea that you might deliberately allow the injection of a harmful agent (toxic spike protein?) into your body would clearly contradict the Apostle Paul’s admonition. Hence, it would create a valid religious objection.

Unfortunately, multiple self-anointed authorities are declaring that they know your religious beliefs better than you do, or that they are simply not valid in the face of a civilization-devouring plague. Facts regarding their assertions carry no value, but their assertions against those facts are somehow supreme. They are impervious to the Supreme Court’s holding in US v Seeger (380 US 163, 1965) that the proper test is “whether a given belief that is sincere and meaningfully occupies a place in the life of its possessor.” (Other cases of importance are Thomas (1981) and Frazee (1989).)

As you can see, I am very sympathetic to the religious exception. Those who have read my writing or seen my videos also know that I refuse to back down in the face of COVID groupthink. But pursuing the religious exemption seems in most cases to be a losing battle. Fortunately, there is a more powerful potential weapon against the Foul Forces of Fauci. It’s called “Informed Consent.”

For our benefit, the FDA has published a lovely guidebook for our reference. It’s designed for research, but the general principles apply to medical care. And make no mistake, the Fauci Ouchy is medical care. It is a medical treatment given to a patient for the stated purpose of furthering health. Of particular interest, the persons pushing for the shots are not treating physicians for the persons on the sharp end of the needle. Often they are politicians masquerading as physicians, and loudly trumpet how “safe” and “effective” the injections are. But we must note that they do not administer a proper informed consent to the treatments. Under state laws, treating without consent in a non-emergency situation is a felony called “battery.” That’s right, it’s a felony. This is so important that we must know all the elements of true informed consent that are derived from the Nuremburg Principles.

“Informed consent is the process in which a health care provider educates a patient about the risks, benefits, and alternatives of a given procedure or intervention. The patient must be competent to make a voluntary decision about whether to undergo the procedure or intervention. Informed consent is both an ethical and legal obligation of medical practitioners in the US and originates from the patient's right to direct what happens to their body. Implicit in providing informed consent is an assessment of the patient's understanding, rendering an actual recommendation, and documentation of the process. The Joint Commission requires documentation of all the elements of informed consent "in a form, progress notes or elsewhere in the record." The following are the required elements for documentation of the informed consent discussion: (1) the nature of the procedure, (2) the risks and benefits and the procedure, (3) reasonable alternatives, (4) risks and benefits of alternatives, and (5) assessment of the patient's understanding of elements 1 through 4.” (Emphasis added)
Click to expand...

We can argue that the first element is satisfied when people understand that the vaccination is a shot. But that’s the only step that the CDC and other public agencies actually comply with. And they don’t just ignore the others. They vigorously sweep them under the rug.

Element 2 requires disclosure of the risks and benefits of the injection. In theory, the benefit is a high likelihood of immunity to COVID-19. We now know that this immunity is fleeting, so that at six months, a booster to an older version of the virus, not the variant in current cases, is somehow needed. That’s pretty much it. Data shows that it doesn’t materially improve your resistance to passing the bug on.

The risks of the vaccine are becoming very clear, with upwards of 200,000 people dead in the US from its effects. Many more are suffering from permanent injuries. All seem to be directly due to the vaccine-created spike protein’s toxic effects. But where is the disclosure by the authorities pushing the shots? They’re directly responsible for making the bad stuff publicly known. But all they do is blow sunshine up your … by saying that the vaccine is “very safe.” Then they get GooFaTwit to block anyone who says anything different. That’s not educating you about risks.

A “risk” must be disclosed if (1) it is so severe that a patient might decline treatment even if it’s very rare or (2) frequent enough that it might cause a patient to decline. I spent thirty-six years being sure that I made those things clear to patients before I proceeded with any anesthetic. But where is the disclosure of vaccine risks by the treating physicians in the political bodies, hospital administrations, or airline management? Oh, I forgot. They aren’t treating physicians. They are all managers, toeing the line because their finances depend on pacifying the Powers with the Purse in D.C.

So hundreds of nurses get fired from multiple hospitals. Dr. Chris Rake, an anesthesiologist at UCLA, is terminated and escorted out. Many more in multiple industries lose their jobs after check-writers demand that they undergo a medical procedure to which they cannot give informed consent because they are being coerced and have not been informed of its risks. Recall that the responsibility to inform falls on the person demanding the procedure, not the person on whom the procedure is performed. But that’s not enough. Beyond that, informed consent requires the ability of deny consent. “Get the shot or get fired” denies the ability to say “No.”

Criminally, this is mass battery, proximately perpetrated by employers, but incited by nefarious government actions. Civilly, this is a mass tort, perpetrated by the same actors. Criminal action would require a district attorney to pick up the case. This seems unlikely in the current political atmosphere. But an enterprising personal injury attorney might find a lovely set of deep pockets, ready for the harvest.

The religious exemption may be good for some, but informed consent offers the opportunity to hit the COVIDictators right where they hurt.


Ted Noel MD is a retired Anesthesiologist/Intensivist who posts on social media as DoctorTed and @vidzette.

This sounds awesome and all, but doesn't all this require a functioning rule of law thing?

The shit does not stop you from getting the virus.

Now in Israel they are talking about the 4th shot!

They stop doctors from recommending stuff that works.

They are just preparing us for a One World Government.
D

They are desperately searching for the big NO.

They spew false science - you counter with the raw truth
They get emotion - you remain logical
They step over the line - you defend yourself and loved ones.

I‘m thinking I’m more motivated in defense of my stance than they are in theirs…don’t think so?

Its kinda like the RKBA argument…I’m willing to die and kill to keep my rights…are you (Ms. State Health Care lackey)?

To them, it’s a job - to millions and millions of others who’re already pissed off beyond belief, it’s deeply personal.

Are they willing to die over this? It’s just a pay check…there are plenty of jobs that won’t get you killed Mr. Pencil necked HHS drone!

I think we’ll be astonished at the change of heart when it’s not just the Vaxx recipient pile up, but the Vaxx pushers too!

You all know as well as I do that there are, right now, a dozen instances of abuses of power, insults, and other outrages that have people on a razor’s edge right now…once they get triggered…Katie bar the door!
D

There are MILLIONS of individual tipping points out there just waiting for that final nudge.

Nothing more dangerous than a man at his wit’s end with nothing left to lose.

Hfcomms said:
Nothing more dangerous than a man at his wit’s end with nothing left to lose.
Click to expand...

You wouldn’t happen to have a couple of those tucked in your back pocket that you'd be willing to share ?

Blacknarwhal said:
This sounds awesome and all, but doesn't all this require a functioning rule of law thing?
Click to expand...

we are the law.

when the law makers and enforcers cease to uphold it, it falls back onto the people.

i do not need any ones/things permission/exemptions.
no means no.
i decide whats good for me.that's it.

Here is the legalese for informed consent vs obligatory vaccines, in regards to child and 'public safety'.

So this is why they imply that we cant opt out.

Guess what, my God in heaven says we can and will.

Most people know by now that 'they' have created a false narrative to take away our God given rights to say NO.

We must stand against this evil now, or at least die trying. (self defense)

Because they want us all dead.

When they violated our rights to live, they crossed the line.

I implure folks to talk to their county sheriffs and see exactly where they stand.

Because they will be apart of the group of enforcers, when they say its mandatory.
You must log in or register to reply here.
Share:
WhatsApp Email Link
Top