This story is nearly over by the time the police arrived on the scene. Put yourself in this story and see what happened a half hour after sunset last Monday.

Crime happens. That fact is timeless. It also changes as we change. We are not the society we used to be. We might sit on the couch and watch big-city crime shows every night, but most of us know that the police won’t get to us in time to stop a criminal’s violent attack. Given where we live, the police are simply too far away. That is true in rural areas and in small towns across the country. Given the reductions in police budgets, it might be true in your city too. We also know that fewer criminals are being taken off the streets by our courts. That leaves the responsibility with us to defend ourselves until the police arrive.

This news story took place in a small rural town. It is unlikely that the town of Ellijay, Georgia has a police force since the population is less than 2000 people. That means that law enforcement is handled by sheriff’s deputies or by the state police. This story is nearly over by the time the police arrived on the scene. Put yourself in this story and see what happened a half hour after sunset last Monday.

The store clerk in the gas station convenience store knew he had a problem when a customer pulled a gun from their pocket and pointed the gun at the clerk’s head. The robber was wearing pantyhose over his face in order to disguise his appearance. The robber demanded the money in the cash drawer. The store clerk thought the robber might kill him since other robbers have shot and killed store clerks before.

They say that a picture is worth a thousand words, and that scene was a picture of an innocent store clerk facing a lethal threat. The customer believed what he saw.

Details matter and we don’t have security video to show us exactly what happened. The robber was a lethal and immediate threat when he had his firearm pointed at the store clerk. It is arguable that the threat was not immediate if the robber lowered his gun. Even though he may have been armed, the robber was not an immediate threat if he turned away and was moving toward the empty door.

The first armed customer recognized that the robber was no longer a lethal threat since he was disarmed and on the floor. The customer told the other defenders to raise their firearms. We’re not sure who called 911 and asked for the police.

The robber was uncooperative when the police arrived. He kept trying to run out the door and officers had to tase the robber in order to put handcuffs on him. The officers secured the attacker’s gun. They also arrested the robber’s wife. She was acting as the getaway driver and was waiting in their car beside the convenience store.

It probably took longer to read this story than it took for the robbery to unfold. If you hadn’t thought about it ahead of time, then you probably wouldn’t know what to do even if you had a firearm with you.

These points stand out-

Criminals don’t obey our gun laws.
The armed robber was initially a lethal, immediate, and unavoidable threat to an innocent person. That justified the use of force, including lethal force. Said another way, using a gun might have been the safest thing to do.
Good guys are reluctant to shoot bad guys even when they are legally justified in doing so.
Dangerous threats require an immediate response. The first defender did not have time to run to his car and get his firearm. Because the first customer was armed, the other customers had time to grab their firearms and respond.
The robber was no longer a threat when he dropped his gun and was laying on the floor. The defenders were wise to take their fingers off the trigger of their guns and point their firearms in a safer direction. It is best practice to not point a gun at someone when they are not a threat.
The first armed customer saved the store clerk. The other armed customers allowed the police to capture the criminal.
I don’t want to shoot anyone, but sometimes bad guys need to be shot. The fact is that until he lowered his gun, the robber could have murdered the store clerk. Verbal commands worked in this case. They don’t work every time. That leaves me with more questions than answers.

Should we use words and try to defuse the situation if the robber were threatening one of our loved ones? Should we press the trigger if a criminal was threatening a stranger? What changed from one case to the other? I thought I knew the answers but now I’m not so sure. I brought up those questions precisely because I need to think about them.

We won’t have time to weigh competing arguments when someone screams in fear. Thank you for being one of the good guys who go armed and who’ve thought about what to do. 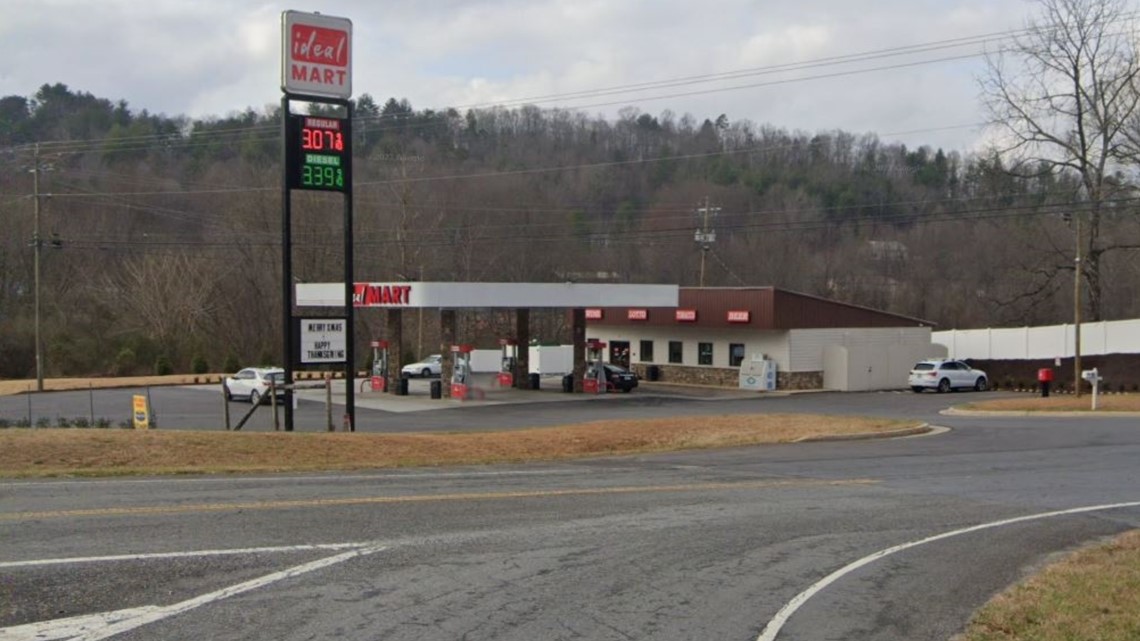 It happened Monday evening at the Ideal Mart at 31 Old Northcutt Rd. 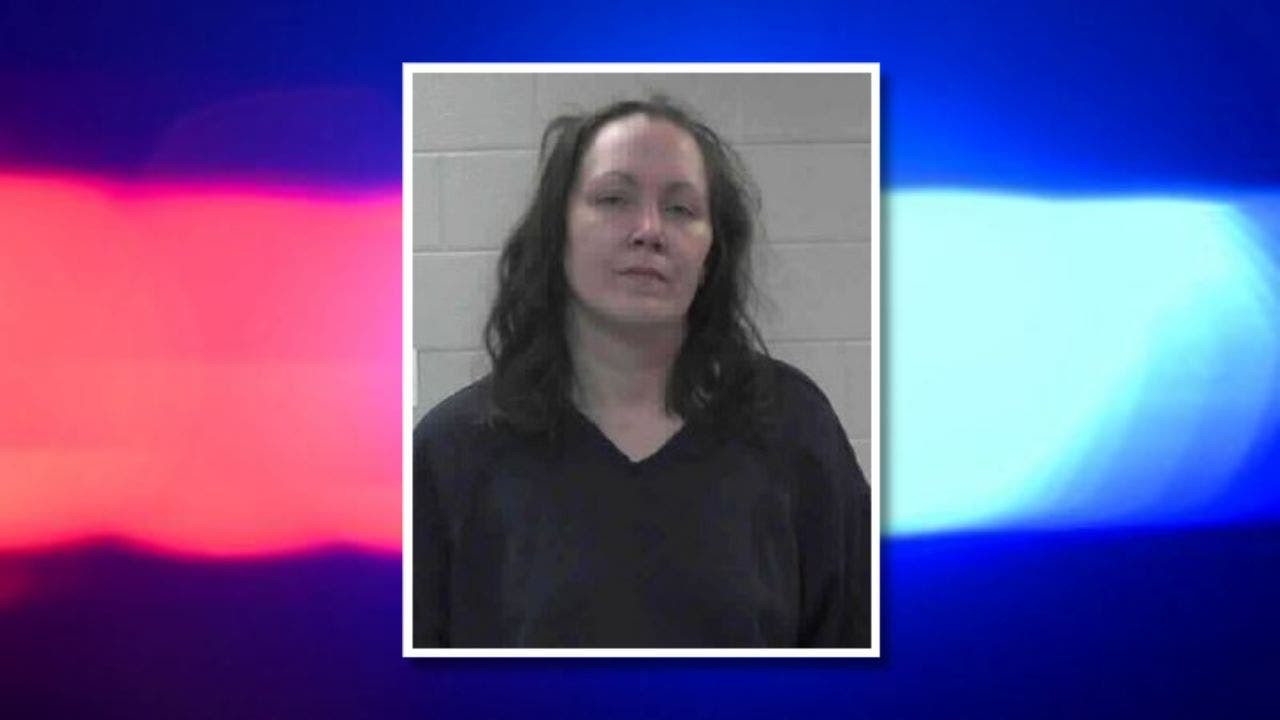 When the suspect was disarmed, the first customer gave verbal instructions to the other two not to shoot him.

Back when we first moved to rural PA I saw a Mom leave her kids in a vehicle at a convenience store. I was going to say something and then realized where I was. Anyone bothering the vehicle or kids would probably need cleaning up with a mop.

Cardinal said:
The customer told the other defenders to raise their firearms.
Click to expand...

Seek in-person training, folks. And learn to watch for 'tail gunners' in this kind of situation.

Seek in-person training, folks. And learn to watch for 'tail gunners' in this kind of situation.
Click to expand...

TRUTH: "There is ALWAYS a second (3rd, 4th, [n-visible +1]) shooter until proven otherwise after inspection!"

This def had the potential to go pear shaped with multiple 'defenders' running in to the fray... LOTS of communication required by all parties with guns drawn. Potential for friendly fire/ mistaken identity (thought to be another perp/accompless') and also, watching for arriving LEOs or unmarkeds... Yeah, dicey.

The robber will be out of jail next week.
D

There was a LOT of risk there.

Dozdoats said:
There was a LOT of risk there.
Click to expand...

Which is why EVERY person who 'Carries' should have Insurance just in case this type of incident arises, and goes sour/hot.

Isn’t that the little town that requires all homeowners to have a gun?

Ellijay is where the Georgia Guidestones were ...

so poorly written I had to stop reading
E

bev said:
Isn’t that the little town that requires all homeowners to have a gun?

No, they were in Elbert County near the South Carolina border. Ellijay is in the north central part of the state.

No that was Elberton.
D

I just saw this somewhere else and responded. ??
G

No, The Guidestones were in Elberton, Georgia.
N

Dozdoats said:
It's all Georgia

well, you Lumbees WOULD say that.

Mongo said:
so poorly written I had to stop reading
Click to expand...

as did I . . . difficult to read much beyond second paragraph. must be getting paid by the character count

They could have worded it better.
Three customers, who were armed, stopped a robbery. Vs
Three armed customers stopped......
I've seen two headed people and expected to see customers with three arms.
Maybe genetically flawed brothers?
You must log in or register to reply here.
Share:
WhatsApp Email Share Link
Top