Image: LTA Research and ExplorationImage from LTA patent showing a large airship frame.
Advertisement
Editor's Picks
Solar Storms May Have Hindered SOS During Historic “Red Tent” Expedition
No Propeller? No Problem. This Blimp Flies on Buoyancy Alone
Airships for the 21st Century
In March last year, Google co-founder Sergey Brin finally saw a return on the millions he has invested in a quest to build the world’s largest and greenest airship for humanitarian missions. After six years of development, his secretive airship company, LTA Research and Exploration, quietly made its first sale: an a 18-metre long, 12-engined, all-electric aircraft called Airship 3.0. The price? According to an FAA filing obtained by IEEE Spectrum, it was just $18.70.

This was not an effort by Brin to cash out his airship investment, but a key part of its development process. The FAA records show that the buyer of Airship 3.0 was Nicholas Garafolo, an associate professor in the Mechanical Engineering department at the University of Akron in Ohio.

When not working at the university, Garafolo leads LTA’s Akron research team, which includes undergraduates, graduate students and a number of alumni from UA’s College of Engineering. The nominal purchase price is probably a nod to UA’s founding year: 1870.

Airship 3.0 is actually LTA Akron’s second prototype. The first, registered in September 2018, was also a 12-engined electric airship, but only 15 meters long, or a little longer than a typical American school bus. It has undergone flight tests in Akron. Akron was where the US Navy built gargantuan airships in the 1930s, and is still home to the largest active airship hangar in the world—which, according to emails obtained under a public records request, LTA is also interested in leasing.

But Brin doesn’t want to recreate the glory days of the past, he wants to surpass them. Patents, official records and job listings suggest that LTA’s new airship will be safer, smarter and much more environmentally sustainable than the wallowing and dangerous airships of yore. The biggest question in designing an airship is how to make it float. Hydrogen is cheap, plentiful and the lightest gas in the universe, but also extremely flammable and difficult to contain. Helium, the next lightest gas, is safely inert, but expensive and increasingly scarce. Virtually all new airships since the Hindenburg disaster have opted for helium as a lifting gas.

LTA’s airship, uniquely, will have both gases on board. Helium will be used to provide lift, while hydrogen will be used to power its electric engines. The lithium ion batteries used in today’s electric cars are too heavy for use in airships that LTA intends to deliver humanitarian aid to remote disasters. Instead, a hydrogen fuel cell will provide reliable power and could enable long range missions.

A patent application published last year shows that LTA is also rethinking how to manufacture very large airships. Traditionally, airships are kept stationary while their rigid frames, used to hold and shape the gas envelope, are being built. This requires workers to climb to great heights, adding risks and delays. Image: LTA Research and Exploration
LTA’s patent covers a “rollercoaster” structure
that allows a partially completed airship to be rotated around its central axis during construction, so that workers can stay safely on the ground. The patent application also describes a method for 3D printing airship components out of strong, lightweight carbon fiber.

LTA’s website says that it is working to create a family of aircraft with no operational carbon footprint to “substantially reduce the total global carbon footprint of aviation.” That would require both generating hydrogen using renewable electricity, and producing a variety of aircraft to satisfy passenger as well as cargo demand.

Paperwork filed by LTA suggests that its first full-size airship, called Pathfinder 1, could already be almost ready to take to the air from LTA’s headquarters at Moffett Field in Silicon Valley. FAA records show that the Pathfinder is powered by 12 electric motors and able to carry 14 people. That would make it about the same size as the only passenger airship operating today, the Zeppelin NT, which conducts sightseeing tours in Germany and Switzerland.

In fact, LTA’s first airship could even be based on the Zeppelin NT, modified to use electric propulsion. LTA has received numerous imports from Zeppelin over the last few years, including fins, rudders, and equipment for a passenger gondola. In January, LTA flew an older airship usually used for advertising at Moffett Field, likely testing flight systems.
Unlike experimental fixed-wing or VTOL aircraft, which can be quietly tested and flown from remote airfields, there will be no keeping the enormous Pathfinder 1 secret when it finally leaves its hangar at Moffett Field. In January, LTA flew a small unmarked airship, usually operated for aerial advertising, from there. Even the sight of that airship, probably for a test of LTA’s flight systems, got observers chattering. The unveiling of Pathfinder 1 will show once and for all that Sergey Brin’s dreams of an airship renaissance are anything but hot air.​
T

Many have tried in modern times and pretty much every modern effort has failed. For their final result to be "the world’s largest airship" means they have to build (and successfully fly) an airship more than 800 feet long, assuming they're not aiming for "largest by volume" or some such. It's easy to dream it but very hard to overcome that much sheer wind resistance (there's a lot of surface area on those things).
T

Well, dang. I was going to post something about a company in the San Francisco Bay area offering tours by zeppelin, but it seems they went belly up in 2012. So much for that item on my vacation want list.

By the way, I'd already been doing a little research on airships and you might note from this list of some of the more famous ones that very few of them lasted very long (and this was in the golden age of airships where everybody seemed to be building and flying them):

Graf Zeppelin (LZ 127) (1928-1937): Weimar Germany, rigid passenger airship, provided the first commercial transatlantic passenger flight service, made the first circumnavigation of the world by airship, made the first nonstop crossing of the Pacific Ocean by air, provided a commercial passenger and mail service between Germany and Brazil for five years, withdrawn from service after the Hindenburg disaster in 1937, Nazis used it as a propaganda tool

Italia (1927-1928) - Italy, semi-rigid military airship, crashed on 1928/05/25 on the return leg of an expedition to the North Pole, 17 people died but 9 were eventually rescued, was the second airship to reach the North Pole

Norge (1924-_____): Italy-?, semi-rigid airship, on 1926/05/12 was the first verified trip of any kind to the North Pole (Amundsen-Ellsworth 1926 Transpolar Flight), also the first aircraft to fly over the polar ice cap between Europe and America

We have a nice thread on the Italia- possibly the others as well. I suppose I should do some catch up and discover what their strengths are and why they're around- but by the sound of your list, perhaps they don't have many strengths- yet. They sure are intriguing to picture, tho!

Always had a thing for Dirigibles. Don't know how they would perform in adverse weather but the idea is interesting.

This too shall pass.

Jaybird said:
Always had a thing for Dirigibles. Don't know how they would perform in adverse weather but the idea is interesting.
Click to expand...

Weather and winds are always going to be a problem, but with modern satellite systems, they should be able to work around the weather. It would be harder to have scheduled daily flights than with regular airplanes, though.

They would have to be designed as cruise ships of the sky for vacationers if people related. That would be where profit would be. Otherwise there are about 50,000 balloons in the sky any given day.

Freeholder said:
Weather and winds are always going to be a problem, but with modern satellite systems, they should be able to work around the weather. It would be harder to have scheduled daily flights than with regular airplanes, though.
Click to expand...

I recall reading about a company working on giant airships with the goal of moving non-time sensitive goods around the globe. That is, not even trying to keep to a JIT schedule or a passenger schedule. I can imagine airships might conceivably work as a niche delivery service on that basis, but I doubt it would work for the stated OP purpose of moving (emergency?) supplies on humanitarian missions. There was also an idea to use airships for tourist flights in Africa, where the tour could "sneak up" on animals in airships using very low noise (probably electric) engines, since if done right the animals probably wouldn't react much to something so far outside their range of instincts (unless you think animals still have genetic memories of rocs big enough to carry off full-grown elephants). 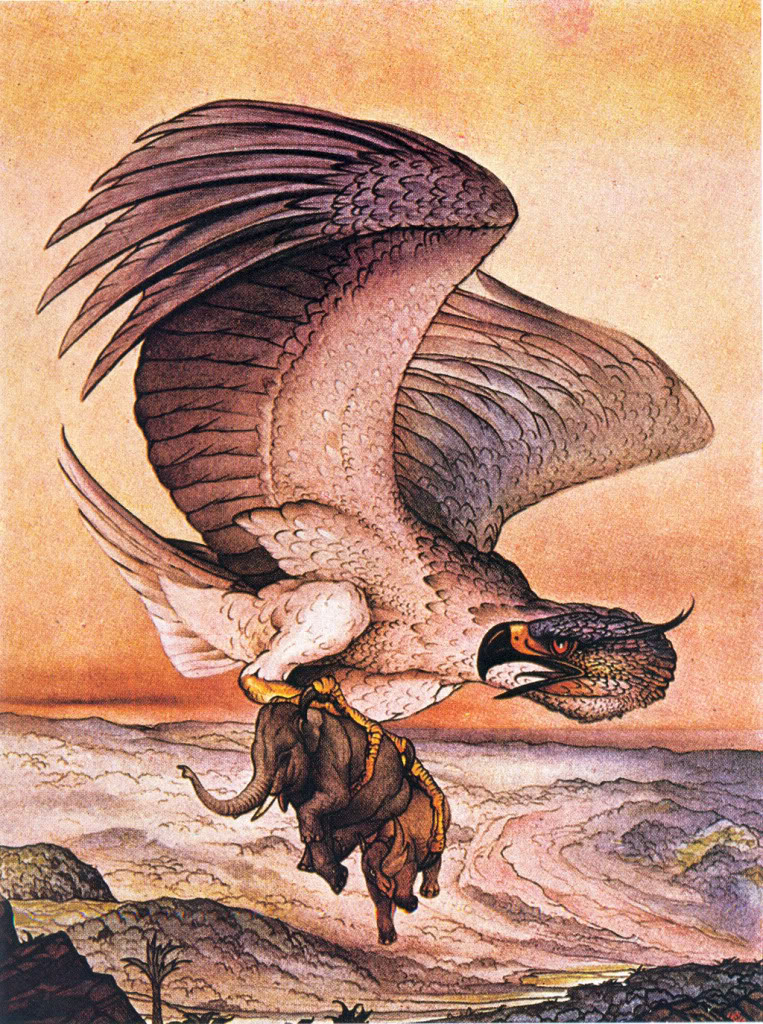