Just gonna brag here a little, and a little back ground. My son started a new job two weeks ago, and I couldn’t be more proud of him.
He was previously planning on enlisting in the USAF as pararescue and had been living with me and training to pass the ASVAB and physical agility portion of the PJ selection. Thankfully he decided, after the results of the election its best not to affiliate with .gov right now. Anyway, onto his new job. A picture is worth a 1000 words..... 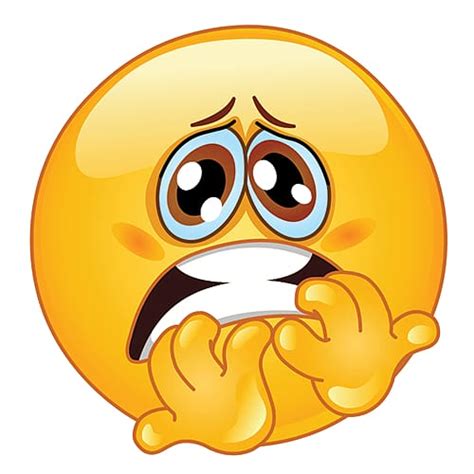 Wow, you certainly have a reason to be proud....

The older I get the more afraid of heights I become....its gotten to the point where I can't even climb up on my one story roof.

That boys got sand! Reason to be proud!
W

Good for him for having some good sense, even though the loss of the training he would've gotten as a PJ is immeasurable. But the kids I know who are in the Chair Force (pilots and PJs both) now are feeling lower than a snake's belly with the way things are, and a bunch of them are trapped too close to their 20 to quit. I feel bad for them.

When I saw that first picture, it reminded me of my days as a derrickman but then I saw --- whoa, that's a TALL derrick! So he's climbing radio towers and such. It looks dangerous but it's not, with all the safety gear nowadays, and the view is incredible. (Leaving fingerprints in the steel the first couple of times may be a normal reaction LOL!) My favorite days in the oilfield were being up in the derrick sweating and singing all by myself with the sun coming up in the summers. The worst days were working in a blizzard where you couldn't get your footing on the ice, or having to climb up the outside of a derrick on a rolling drillship (with no safety gear) during a Force 3 gale.
D

Please pass him my condolences on not getting to take a shot at what he wanted to do, and my congratulations on his good judgement. One of my baby cousins went in looking to be a PJ, but washed out on the water portion. So he's an SP. Spent his first tour guarding BUFFs at Minot, then went back to school as a dog handler (was doing advance security for the WH, dunno if he still is or not). PJ is one of the most demanding jobs in DoD, good training but today ... I don't blame him.

Yikes. Just the pic gives me the willies!!

Kudos to him for keeping the infrastructure up and running! (Assuming that's a cell tower he's climbing?)

O goodness: need some Dramamine and those special 'back o' the airplane seat baggies' for that shot

Nice story tho, thanks for sharing your pride in him; certainly see where it comes from!

These days, "gainful employment" is reason enough to be proud. You've got plenty of reason right there, and thanks for sharing it with us.

Congratulations! It looks like your son found something he enjoys. Glad to see he didn't join the services; at least under Comrade Joe's reign. He'll end up being a highly sought after worker in the communications field; definitely a growth market.
S

Sweetwood, that's one fine son you've got there! Did I mention brave as hell!

JF&P said:
Wow, you certainly have a reason to be proud....

The older I get the more afraid of heights I become....its gotten to the point where I can't even climb up on my one story roof.
Click to expand...

I agree, I used to get launched on aircraft carrier in S3-A Viking going to 30-40k feet, used to repel from 1,400 ft and loved to spelunk in caves. Now, I am afraid of heights and worried about being buried alive. I am with you brother!!!

Hey, he's doing something close to what he originally planned! Good on him!

The particular tower he’s working is in Georgia. It’s a 1200 footer. The company he’s working for is sending all over the country.
Thank you all for you kind words. The poor kid has me for a dad, he can’t help but be a little loony and adrenaline seeking.
N

I don't blame anyone for being leery of military service these days. Some good training to be had, but at what cost? Congrats to your son for finding his niche.

I’ll be honest at first glance I thought he was a base jumper. But that is a great job used to know some people who just traveled around the states replacing lights on nuke cooling towers In the 80’s made a boat load of money.

I truly feel LOVE for all of you here.

What a small band of brothers and sisters we are.

There will come a time when all men and women in our nation realize that we all must contribute as we are able to.
L

Congratulations. May his current career choice fulfill him and fill his bank account.

Trying to hang out with the cool kids.

Thank you for sharing, but that pic started my palms to sweat!
W

Son decided to go for EMT/firefighter, vs military. Still has tremendous respect for veterans. But said back then even, was not a good time to join up.
Now he loves his career choice and has done very well with it. He just finished pre-reqs for medic class, if they start one up again this year. Possibly this fall.
It looks like that young man is excelling, and I understand your pride!

Very cool Dad,
I’m guessing he’s either SPRAT or IRADA rated or getting there. I’m a SPRAT 2 but haven’t been in a harness in a couple years.
That picture makes me miss it and more importantly, the professionalism that goes with rope access. And Petzl has made crazy headway with the safety gear we use now. No reason to get hurt or worst climbing anymore.

Here we are installing acoustic panels in the Viking stadium. We’re clamped to the I beams. 50 feet to the catwalk and 300 feet to the floor. If he’s rated and hunting work, there’s plenty of rope work out there.
Great field to be getting into.

Congratulations sweetwood !!! I can understand you being a proud dad !!!

And congrats to your son !! He is in a high demand, high pay profession !! He must be very proud, and have a lot of profession pride, and happy doing something he likes !!!

Tell him I wish him GodSpeed !!!

I see the ladder is on the inside of the tower, that helps a lot.
When I was in my 20's, I also climbed towers part-time, it paid well.
I always thought that after about 300-400 foot, I couldn't tell that I was
ascending. Now I'm uncomfortable going up on a 32' extension ladder.

However, for a career move, he should still look at the Air Force or Navy.
They have some of the most awesome jobs out there. They can prepare
a person for very good lifetime jobs.

One of my sons thought about the pararescue program, but went with
aviation's technician on the F16. That prepared him for his current job
that paid him over 300K last year.

My other son started out in the AF and transitioned over to the Navy reserves.
He's an O4 and loves it. In civilian life, he's into hospital administration.
Right now, he's on some type of temp duty for the Navy in New Orleans.

Anyway, I really do believe that the Navy and AF train people for some of the
best civilian jobs.

Yes, the government sucks, but he can still use them for his own benefit.

Congratulations to your son! Our son skipped the military also. - Dh and I were both Army. He's the first in five generations going back to WW1. And we have no problem with it at all.

You son might get a kick out of this video. This guy, Fred Dibnah was one of our local celebrities, in the north west of England when I was growing up. He was a steeple jack. Notice no safety harness! He was a real character. Everybody loved him. Died of cancer a number of years ago. A lot of interesting vids about him on Y/T.