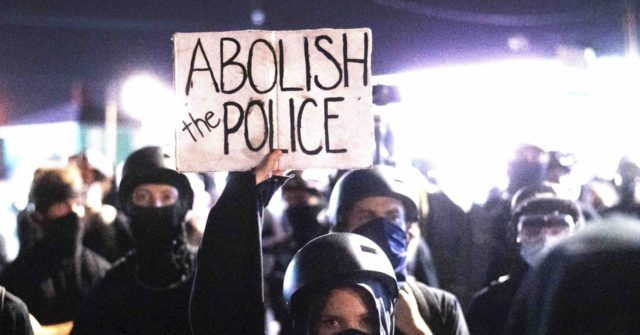 Oregon voters diapprove of the Porland protests; feel that they have been "mostly violent"; and prefer the word "riot."


A poll of Oregon voters released late last week revealed that a majority disapprove of the Black Lives Matter protests in the state, and that President Donald Trump has higher approval than Governor Kate Brown or Portland Mayor Ted Wheeler.

The poll, conducted online by non-partisan DHM Research among 502 respondents from Sep. 3 to 8, showed that nearly two-thirds of Oregon voters disapproved of the protests in Portland, which stretched beyond 100 straight nights last week.

A similar majority (55%) felt that the word “riot” should be used to describe the protests, rather than “protest” (37%). And 42% believed that “police in Portland have not used enough force,” compared to 29% who thought police had used too much.

Only 28% of those polled thought the Portland protests were helpful to black people; however, a majority (52%) of young people (18-29) and people of color (51%) were convinced that the protests were, in fact, helpful.

Voters were generally sour on all elected leaders: “Nearly six in 10 Oregon voters disapprove of how President Donald Trump (59%), Governor Kate Brown (57%), and Portland Mayor Ted Wheeler (58%) are responding to the ongoing protests.” However, 39% approved of Trump’s response, compared to 37% for Brown and 30% for Wheeler — though the difference between Trump and Brown was within the poll’s 4.4% margin of error.

A separate poll last week showed that a large majority of voters in Portland itself disapproved of Wheeler.

Is this saying Trump has a chance in Oregon of all places?
P