PolitiFact, a dishonest and discredited left-wing fact checker, can only bring itself to admit video of Gov. Ron DeSantis (R-FL) that was deliberately and maliciously edited by the long-discredited 60 Minutes, “could constitute deceptive editing.”

“The ’60 Minutes’ segment omits some of the background on why Florida partnered with Publix to distribute coronavirus vaccines. That omission could constitute ‘deceptive editing,’ as some social media users have claimed,” the far-left PolitiFact wrote on Wednesday (I don’t link to fake news).

And this is how the corporate media cult protect one another….

When you ask a politician a question and the politician answers your question at length and to the satisfaction of any reasonable person, and then you edit out his answer and only include the part where he’s pushing back against the questioner, that is CLEARLY a case of deceptive and malicious editing. It is also a case of media fraud and a deliberate act on the part of 60 Minutes to deceive whoever is stupid enough to still watch that stupid show.

PolitiFact is so dishonest it doesn’t even laugh at 60 Minutes’ ridiculous explanation for its malicious edit:

A CBS News spokesperson told PolitiFact the comments were edited for clarity, a common journalistic practice. “As we always do for clarity, ‘60 Minutes’ used the portion of the governor’s over two-minute response that directly addressed the question from the correspondent,” the spokesperson said.
Click to expand...

On what planet is editing out the politician answering your question an act of “editing for clarity?”

Who in their right mind believes editing out the answer to the question will in some way bring “clarity?”

This hideous woman at 60 Minutes asked DeSantis a question, and here is about 95 percent of his answer:

So first of all … the first pharmacies that had it were CVS and Walgreens. And they had a long-term care mission, so they were going to the long-term care facilities. They got vaccine in the middle of December, they started going to the long-term care facilities the third week of December to do LTCs. So that was their mission, that was very important and we trusted them to do that.
As we got into January we wanted to expand the distribution points. So yes, you had the counties, you had some drive-thru sites, you had hospitals that were doing a lot. But we wanted to get it into communities more, so we reached out to other retail pharmacies — Publix, Walmart. Obviously CVS and Walgreens had to finish that mission, and we said we’re going to use you as soon as you’re done with that. For the Publix, they were the first one to raise their hands (and) say they were ready to go. And you know what? We did it on a trial basis. I had three counties. I actually showed up that weekend and talked to seniors across four different Publix — How was the experience? Is this good? Should you think this is a way to go? — and it was 100% positive. So we expanded it and then folks liked it.
And I can tell you, if you look at a place like Palm Beach County, they were kind of struggling at first in terms of the senior numbers. … So we did that, and what ended up happening was, you had 65 Publix in Palm Beach. Palm Beach is one of the biggest counties, one of the most elderly counties. We’ve done almost 75% of the seniors in Palm Beach, and the reason is because you have the strong retail footprint. So our way has been multi-faceted, it has worked — and we’re also now very much expanding CVS and Walgreens now that they’ve completed the long-term care mission.
Click to expand...

Every word of the above was edited out by 60 Minutes, the meat of the answer was deliberately removed. Not one word of that was included. But 60 Minutes did leave this part of the DeSantis answer in:

I just disabused you of the narrative and you don’t care about the facts, because obviously I laid it out for you in a way that is irrefutable. And so it’s clearly not.
Click to expand...

Again, how is that “editing for clarity?” And how does that fall under “could be” deceptive editing for any fair-minded person, especially one that poses as a fact checker?

But this is how the game is played…

A member of the elite media cult is caught red-handed committing fraud….

Another member of the elite media cult is sent in to pose as fact checker and gaslight the public by muddying the waters with words like “could.”

Shamelessly dishonest propaganda all up and down the line.

And the sky could be blue? 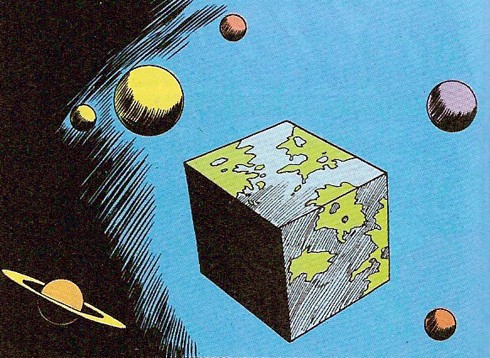 9idrr said:
And the sky could be blue?
Click to expand...

lemme go look out the window..

Why anyone would consent to a MSM interview is beyond me.
You must log in or register to reply here.
Share:
WhatsApp Email Link
Top