CRIME “My Religion Made Me Do It,” Bragged Would-be Cop Killer

“And my religion made me do it,” said the man, while claiming to have killed two police officers. Given all we hear nowadays about “Christian nationalism,” a New York Times reader might fancy the perp a follower of Jesus. Or, in light of Joe Biden’s recent blood-red-background speech in which he warned about MAGA “extremists” threatening “the very foundations of our republic,” a CNN watcher may think the attacker was a Trump supporter.


They’d both be wrong, however, just as illegal alien Dzenan Camovic, who viciously attacked three police officers during New York City’s George Floyd riots, was wrong: All three of his victims survived. For Camovic didn’t yell “Christ is King!” during his attack; in fact, interestingly, we don’t hear anyone committing crimes or terrorist acts and shouting “Christ is King!”


But Camovic did yell “Allahu akbar!” during his attacks — three times.


As for the establishment and its pet media, it has yelled nothing about the case; rather, its coverage is better described as a whisper, with the bare minimum of ink expended before returning to woke narratives. Yet this relative silence is easy to explain, states commentator Robert Spencer.


“The real extremists,” he writes at PJ Media Saturday — miscreants such as Camovic — are the establishment’s “friends and allies.”


Spencer, an authority on Islam, then provides the kind of detail the mainstream media won’t, continuing:


Camovic was not your average skeevy Antifa member with a well-developed drug habit and a glancing (at best) acquaintance with personal hygiene. The New York Post reported Wednesday that he was sentenced [to 30 years] “for stabbing an NYPD cop in the neck and shooting two other officers in an ambush.” Camovic likely didn’t hit his stabbing victim, Officer Yayon Frantz Jean Pierre, in the neck at random. Camovic is a devout Muslim, and the Qur’an tells believers: “When you meet the unbelievers, strike the necks” (47:4). He has made no secret of his Islamic commitment: as he attacked the cops, he screamed “Allahu akbar.”
Click to expand...

When the stabbed Jean Pierre fell and dropped his gun, Camovic grabbed the gun and shot two other cops in the hand. Why did he shoot both of them in the hand? Maybe to prevent them from grabbing him, but maybe it also had to do with this: “When your Lord inspired the angels, I am with you…. I will cast terror into the hearts of those who disbelieve. Then strike the necks and strike their fingertips” (Qur’an 8:12).
Camovic himself made his motivation abundantly clear. “I killed two police officers,” he bragged … “and my religion made me do it.”
Click to expand...

Spencer also mentions that, almost comically, then-NYC counterterrorism official John Miller said Camovic’s act “appeared” terror-related, though authorities couldn’t identify any links between the man and international terrorist groups. Interestingly, though, it doesn’t appear to impress the authorities that there are no links between the January 6 martyrs and official “insurrectionist” groups (reason 27b as to why the Capitol riot wasn’t an insurrection). Of course, lone-wolf jihadists are still jihadists — especially when they yell “Allahu akbar!” (Allah is the greatest!) while doing their evil.


Spencer further points out that during “the same riots, Urooj Rahman, a Muslim lawyer and activist for the Palestinian jihad, threw a Molotov cocktail into a police cruiser.” At her arrest, she was wearing a T-shirt bearing the message “THE STRUGGLE CONTINUES REGARDLESS.” Spencer emphasizes here that “struggle” in Arabic is jihad. Asserting this was Rahman’s allusion could be a stretch, of course — she could’ve been referencing the typical leftist conception of a struggle (against reality) — but, then again, perhaps it’s not a stretch.


Regardless, leftists and Islamists are joined in an unholy alliance, avers Spencer; this is “based on a shared taste for utopian authoritarianism,” he claims, with both seeking creation of a Shangri-la, the Left by way of communist-like principles, and Islamists via strict Sharia-law application.


It’s more likely, however, that they’re allied for the same reason Greentopian extremists and sexual devolutionaries share a Democratic Party phalanx: They’re united in battling a common enemy whose overthrow is necessary for their hegemony — Western civilization. And at least for now, given the Islamists’ small numbers in the United States, they must fight this battle as members of the leftist horde.


In reality, though, the Left represents most profoundly what jihadists despise: sexual decadence, immodesty, so-called “transgenderism,” feminism, atheism, relativism, etc. And the parts of the liberal agenda Islamists don’t detest they’re indifferent to; global warming is an example. (God is in control, after all, and Islamic theology reportedly holds that Allah recreates matter every second; therefore, if he wanted the Earth to be cooler, he’d thus recreate it.)


Of course, alliances of convenience only last until they’re, well, no longer convenient. Apropos here is the recent Swedish election, in which the conservative Sweden Democrats had their best showing ever in an outcome that may enable a “rightist” coalition to assume power. Generally unrecognized, however, is that this was aided by Partiet Nyans, a new Muslim party that shocked the establishment by siphoning off votes from the leftists who’d governed Sweden since 2014.


Muslim parties have emerged in many other European countries, too, and this is for good reason. The anti-jihadism blog Gates of Vienna explains that as “soon as Muslims form a large enough proportion of the population, they switch their vote to Allah.”


What’s more, politics may make strange bedfellows, but when those allies make what’s going on under the sheets look like a Star Wars bar scene, Muslims certainly can feel righteous choosing Mohamed over mammon, Sharia over socialism, and Allah over acedia. 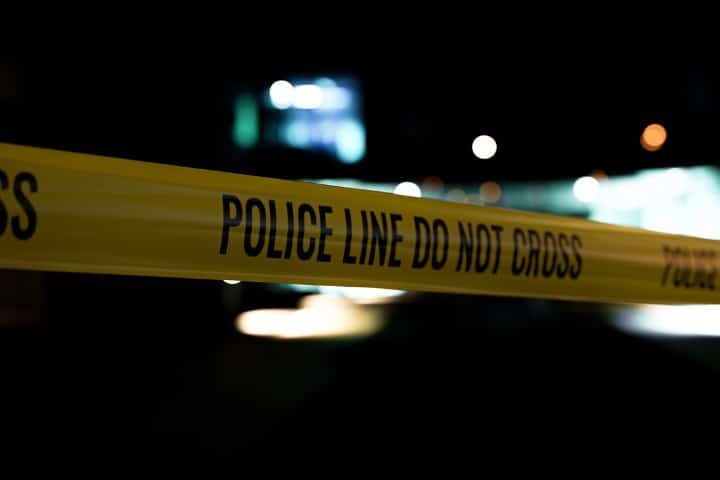 “My Religion Made Me Do It,” Bragged Would-be Cop Killer - The New American

The man who viciously attacked three police officers during the George Floyd riots yelled not "Christ is King!" during his attacks, but "Allahu Akbar!" ...