Families Scammed Several families scammed by direct withdrawals by a mysterious medical billing service. Sounds like a "Nigerian" scam and most likely foreigners.

Thanks for starting a conversation!
You're officially an icebreaker.

Welcome!
Your profile is all set and you can start posting. Join the conversation now.
ReactComments|

Check your bank accounts often: that's the lesson three consumers now have for others.
to that listed address for Valley Medical Center, a shared office
Loaded: 87.18%

They were able to spot tens of thousands of dollars in mysterious withdrawals from their accounts because they checked their statements. But the money was taken by a business they say they never heard of, so they asked the ABC7 I-Team to investigate.
Deliver with Uber Eats
Ad
Ad
www.uber.com 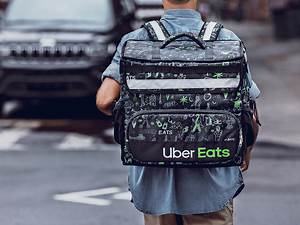 They don't know each other, but their bank statements have similar withdrawals. They all say they experienced the same fraud: a medical company withdrew money from their accounts, with a combined total of more than $40,000.
The large sums of money were taken directly out of the three Oak Park families' bank accounts by Vollen Medical Center.
"That sent me into an instant panic because I immediately thought, 'Oh no, did we charge something by accident? What happened?'" Audrey Barrientos told the I-Team.
When she received a low balance warning from her bank, PNC, she logged in to find a nearly $10,000 withdrawn by Vollen.
The bank couldn't stop the transaction because it was a direct debit.
"They utilized our full bank and full routing account numbers, and my husband's name, to remove the money," Barrientos said.
That same month, Andy Carey had more than $22,000 taken from his Chase accounts withdrawn by Vollen Medical Center. Carey's bank said they couldn't stop it either.
"Very unsettling," he said. "It didn't feel like it was any safer than hiding it under the mattress or putting it in a safe in the house."