_______________
GOP Governor Keeps Gun Stores Closed Despite Trump DHS Guidelines
AWR Hawkins
Massachusetts Governor Charlie Baker (R) is counting gun stores as non-essential and keeping them closed despite the Trump administration’s guidelines to the contrary.
Breitbart News reported the guidelines, released by the Department of Homeland Security (DHS), went public on March 28, 2020.
Those guidelines listed as essential “workers supporting the operation of firearm or ammunition product manufacturers, retailers, importers, distributors, and shooting ranges.”
New Jersey Governor Phil Murphy (D) and Maine Governor Janet Mills (D) reversed course on aspects of their statewide closure orders after the DHS guidelines were released, allowing gun stores to reopen. But Massachusetts Governor Baker continues to reject labeling gun stores as essential in his state.
His latest list of COVID-19 “Essential Services” includes “workers supporting the operation of firearm or ammunition product manufacturers, importers, and distributors,” but retailers are not on the list. This means guns and ammunition can continue to be manufactured in Massachusetts, they simply cannot be sold to residents of the state once manufactured.
MassLive reports Governor Baker’s “Essential Services” list contained “gun retailers” for a few hours, Tuesday to Wednesday, then retailers were “quietly” removed, thereby keeping gun stores closed.
AWR Hawkins is an award-winning Second Amendment columnist for Breitbart News and the writer/curator of Down Range with AWR Hawkins, a weekly newsletter focused on all things Second Amendment, also for Breitbart News. He is the political analyst for Armed American Radio. Follow him on Twitter: @AWRHawkins. Reach him at awrhawkins@breitbart.com. You can sign up to get Down Range at breitbart.com/downrange. 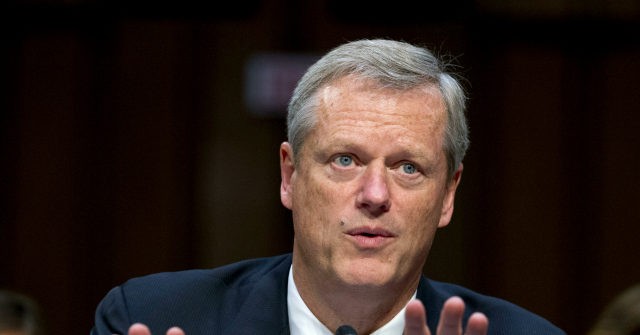 Massachusetts Governor Charlie Baker (R) is counting gun stores as non-essential and keeping them closed despite guidelines to the contrary.

Just do like GameStop's been doing. Show up anyway. If the cops come out, tell them you're essential retail and to take it up with your lawyer. Apparently that works for them, from what I've heard.
F

In a crisis the dictators all show themselves.

Prez Trump is purposely not using the big FED hammer - he said again today >>> he's letting the individual governors govern because he believes it's correct and he believes in the Constitution ....

if this MA azzhole wants to shoot himself in the foot that's his biz - Trump stood up for the 2A and backed off the gunshop closures as much as he could without a huge push ...
R

This is just me but I suspect people in Massachusetts are probably happy not having access to guns. I know that does not include everybody im sure there’s a big pro gun crowd but as bad as the gun laws are there I think I would LEAVE.
You must log in or register to reply here.
Share:
Facebook Twitter Reddit WhatsApp Email Link
Top