Celestial Lyrid Meteor Shower 2020: When, where & how to see it

Lyrid Meteor Shower 2020: When, where & how to see it
By Jesse Emspak

In late April, skywatchers in the Northern Hemisphere will get a view of the Lyrid meteor shower, the dusty trail of a comet with a centuries-long orbit around the sun. The Lyrid meteors streak across the sky between April 16 and April 30, so skywatchers have a chance to see them during that window, weather permitting.

The peak of the Lyrid meteor shower will be overnight on April 21-22, NASA meteor expert Bill Cooke told Space.com. As with most meteor showers, the peak viewing time will be before dawn, but the Lyrids will be visible beginning at about 10:30 p.m. local time. The moon will be a thin crescent only about two days from the new moon, Cooke said, so the moonlight won't flood your observations. 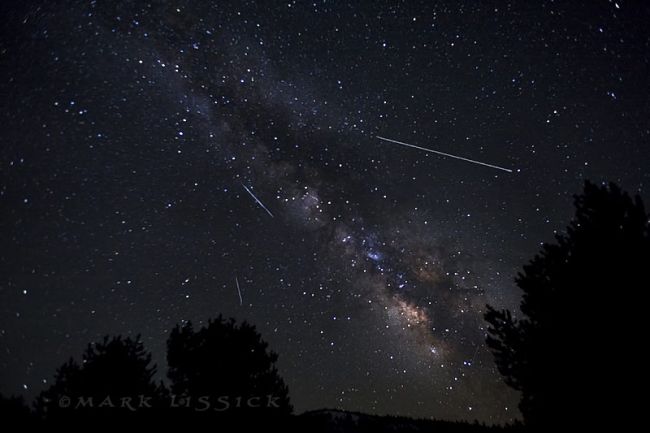 While the average Lyrid shower produces 15 to 20 meteors per hour, this year skywatchers can expect to see about 10 per hour, depending on how clear and dark your sky is, Cooke said. Some years, the Lyrid meteor shower intensifies and can produce up to 100 meteors per hour in what's called an "outburst," but it is difficult to predict exactly when that will happen. 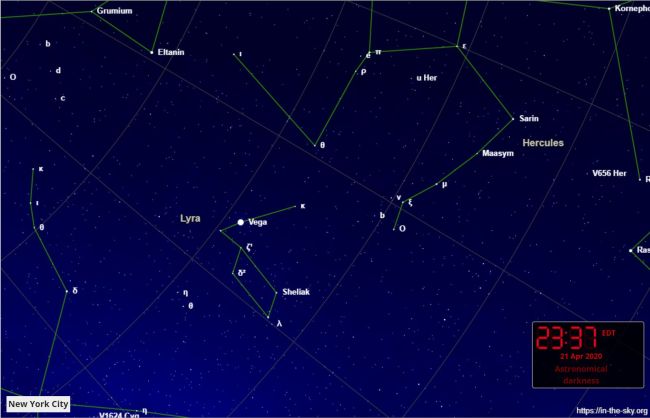 The radiant — the point from which the meteors appear to originate — will be high in the evening sky in the constellation Lyra to the northeast of Vega, one of the brightest stars visible in the night sky this time of year. Don't look directly toward the radiant, though, because you might miss the meteors with the longest tails.

What causes the Lyrids?

Lyrid meteors are little pieces of Comet Thatcher, a long-period comet that orbits the sun about once every 415 years. Pieces of debris left in the comet's wake, however, make an appearance every year. (Comet Thatcher's most recent perihelion, or closest approach to the sun, was in 1861. It won't be back until the year 2276.)

Meteor showers occur when the Earth crosses the path of a comet, colliding with a trail of comet crumbs. That's why they happen around the same time every year and appear to originate from specific points in the sky. As they burn up in the atmosphere, the meteors leave bright streaks in the sky commonly referred to as "shooting stars."

Lyrid meteors come in fast — though not as fast as the Leonids, which peak in November, Cooke said. "The Leonids hit us head-on," he said. "The Lyrids are more like hitting the left front fender."

The Lyrids are one of the oldest recorded showers, Cooke said, with observations going back to 687 B.C. You don't need any kind of special equipment to see the meteors; just look up at the dark sky, be patient and enjoy the show. 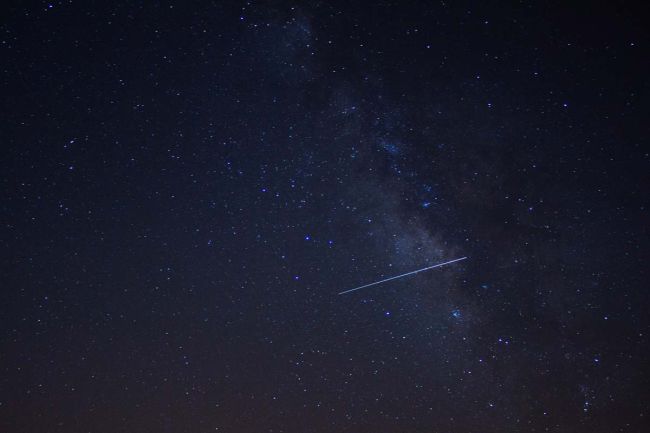 Editor's note: If you snap a great photo Lyrid meteor shower that you'd like to share for a possible story or image gallery, send photos, comments and your name and observing location to spacephotos@space.com. 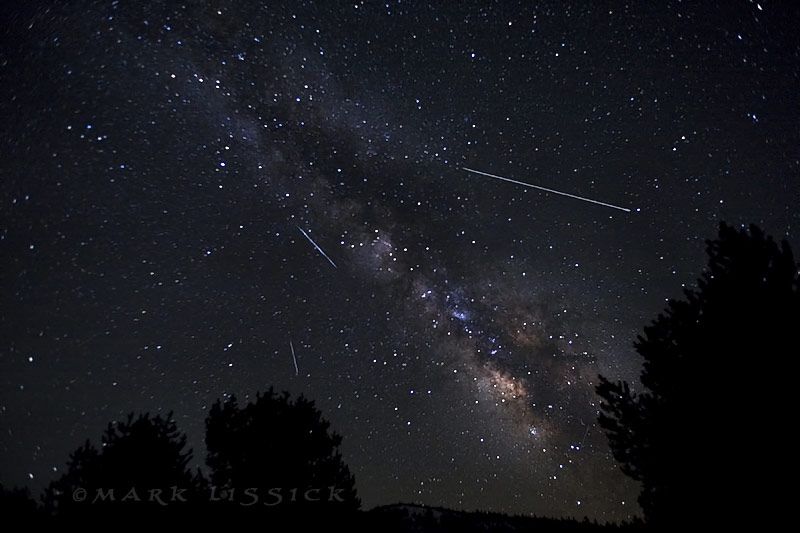 In late April, skywatchers in the Northern Hemisphere will get a view of the Lyrid meteor shower, the dusty trail of a comet with a centuries-long orbit around the sun. 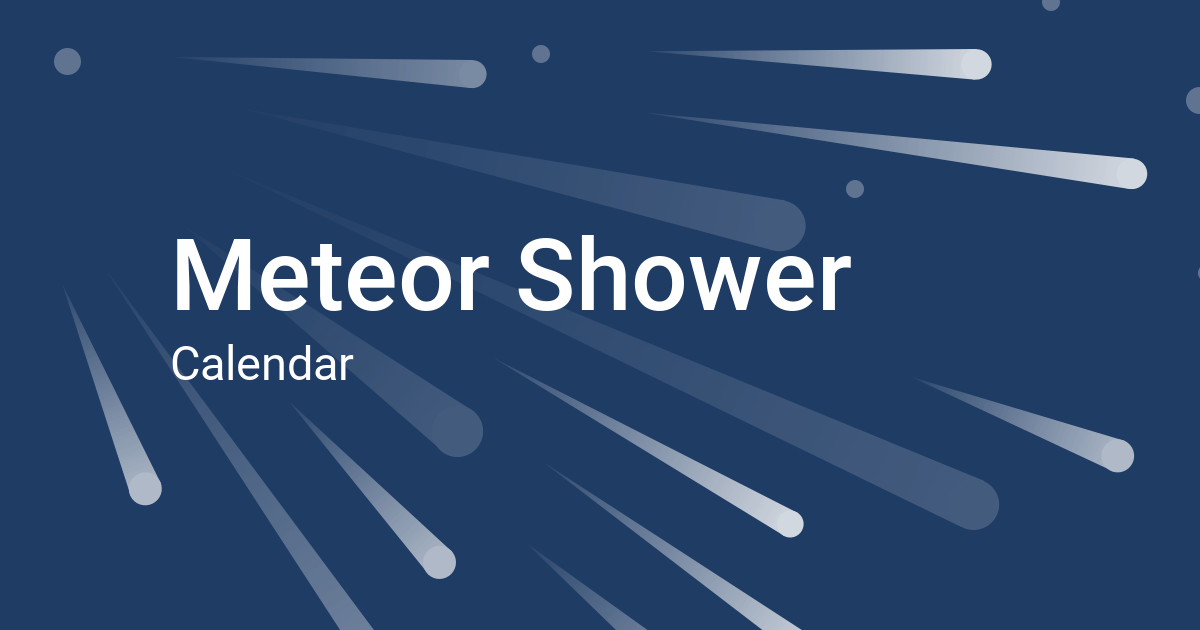 When is the next meteor shower? Can you see it from your location? Find out the best dates to see yearly meteor showers.

The 2021 Lyrids meteor shower will peak on the night of April 21 and early morning of April 22. Use the meteor shower animation to find out how, where, and when to see these shooting stars. 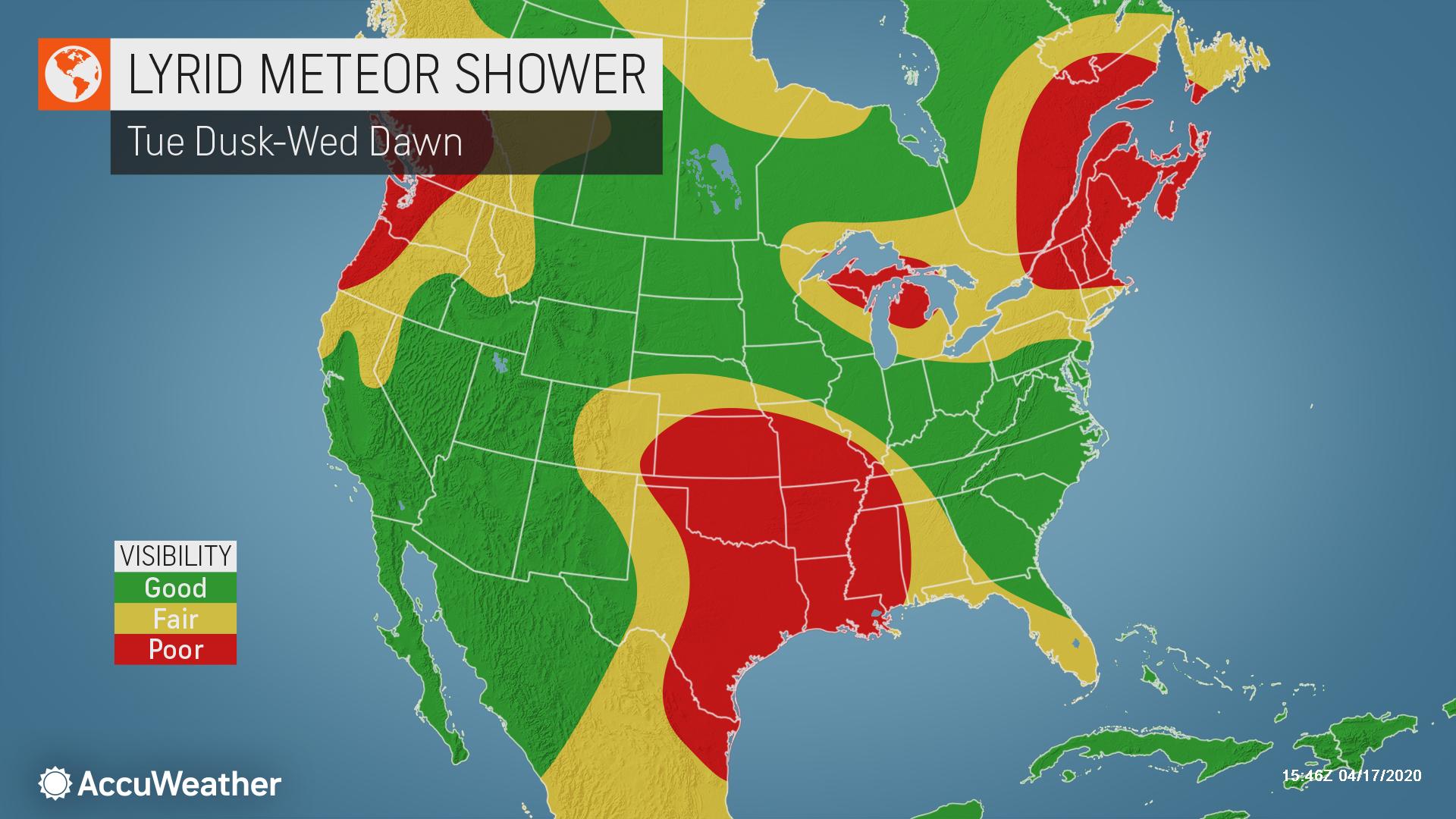 The first significant meteor shower in three months is almost here. Learn all about it and check out the viewing conditions for your area here: https://bit.ly/3evJcMS

TONIGHT!
See Spaceships and Shooting Stars over your house. JUST USING YOUR EYES

A train of #Starlink Satellites will fly over starting at 9 pm and it's the peak of the #Lyrid #MeteorShower through the night. 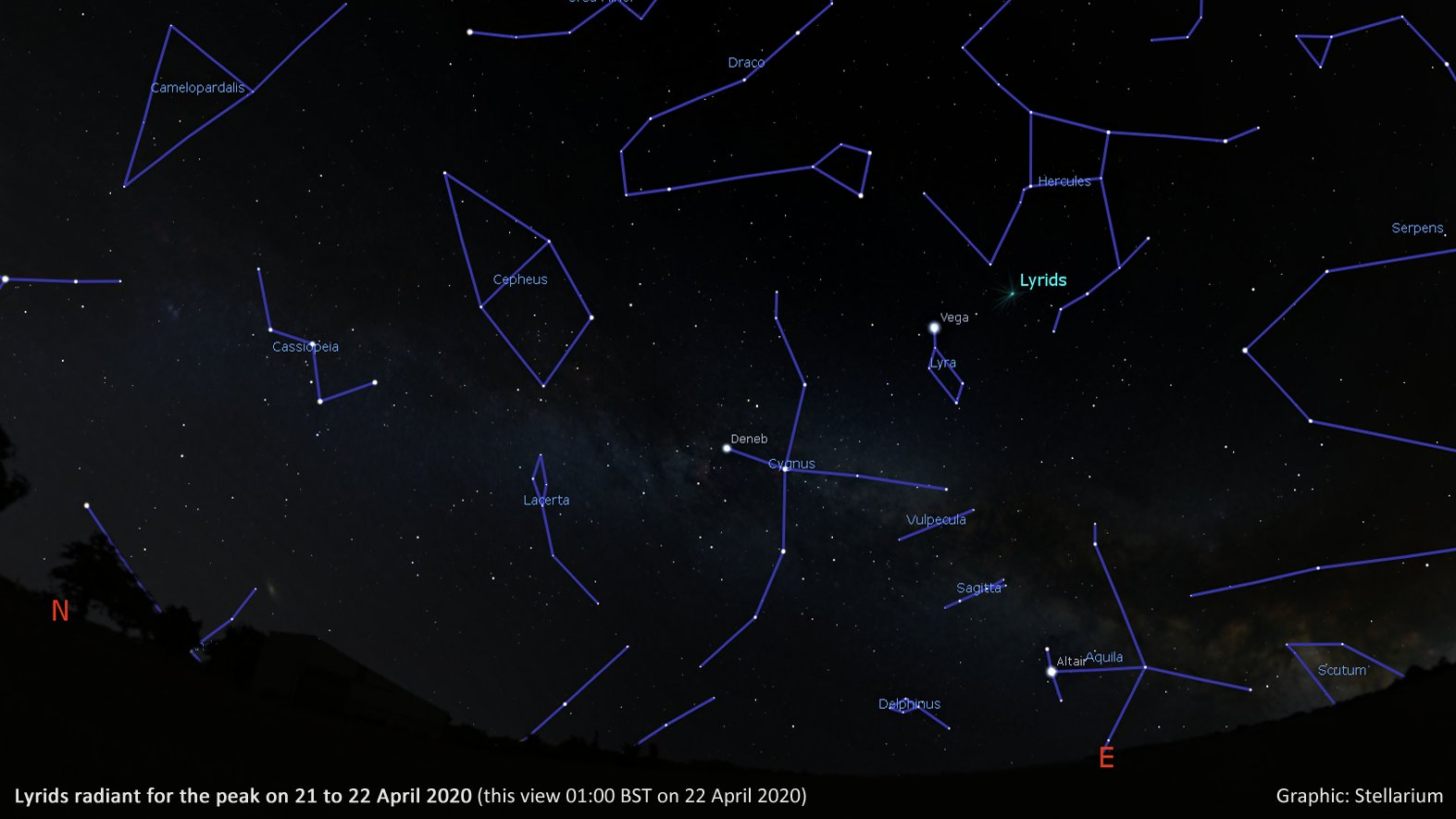 The peak of the #Lyrids #meteorshower is this evening into tomorrow morning. Look up as soon as it gets dark to see some. From a reasonably dark location you should see around 5 - 10 per hour, with the best display after midnight. #Lyrid #meteor #astronomy #space #stargazing
Steve Brown - astronomer @sjb_astro

Peak is before dawn on the 5th and 6th, over 30 meteors/hour.

The best time to watch tonight's Eta Aquarid #MeteorShower will be after midnight when the radiant point rises in the southeastern sky: https://bit.ly/2VZoq12 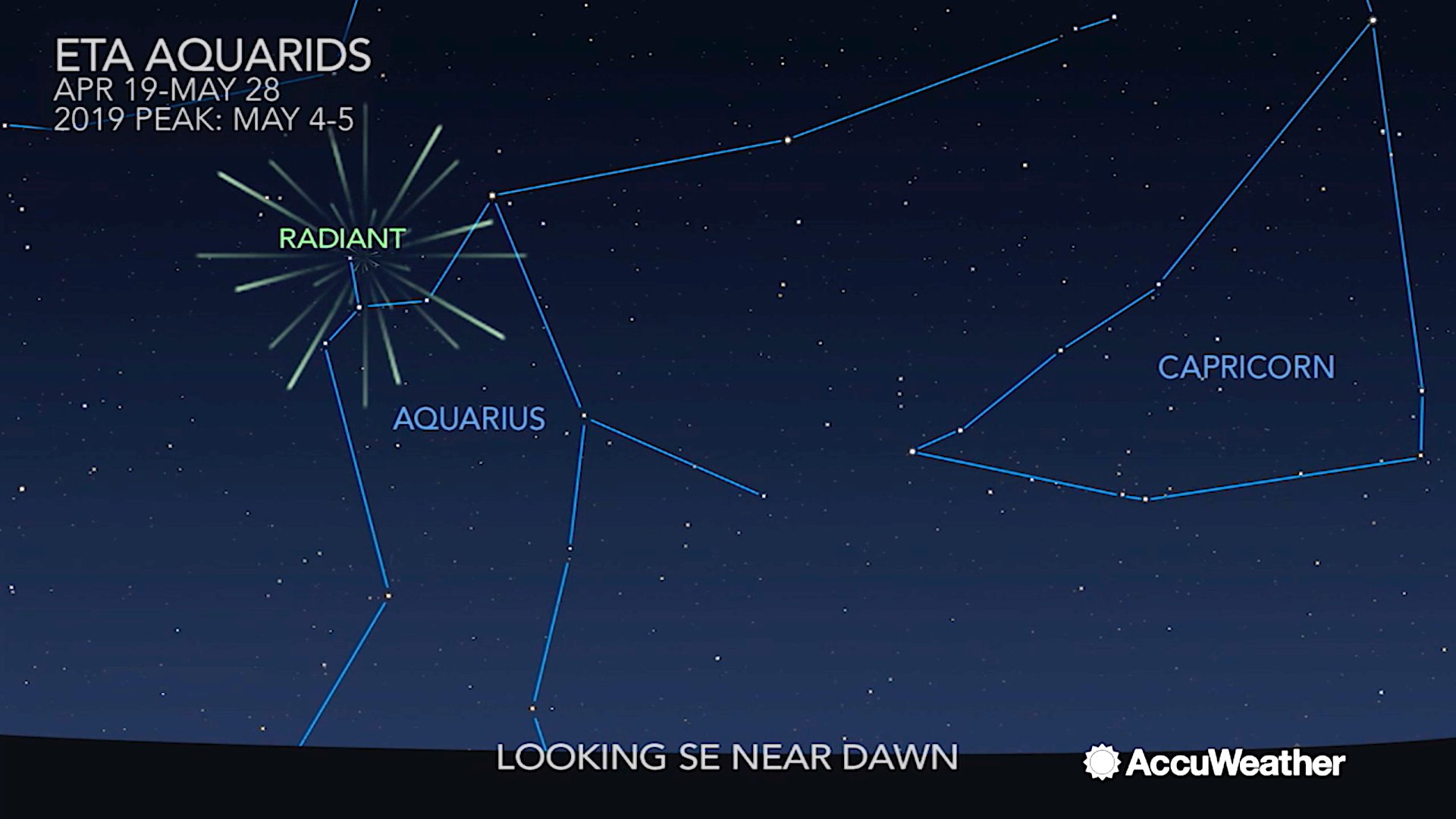 Thanks for the reminder

Here is the #MeteorShower , can’t see it in Los Angeles / Canoga Park yet.
But thanks to the #nightsky app here is the live video!
video 10 sec