Celestial If Pluto has a subsurface ocean, it may be old and deep 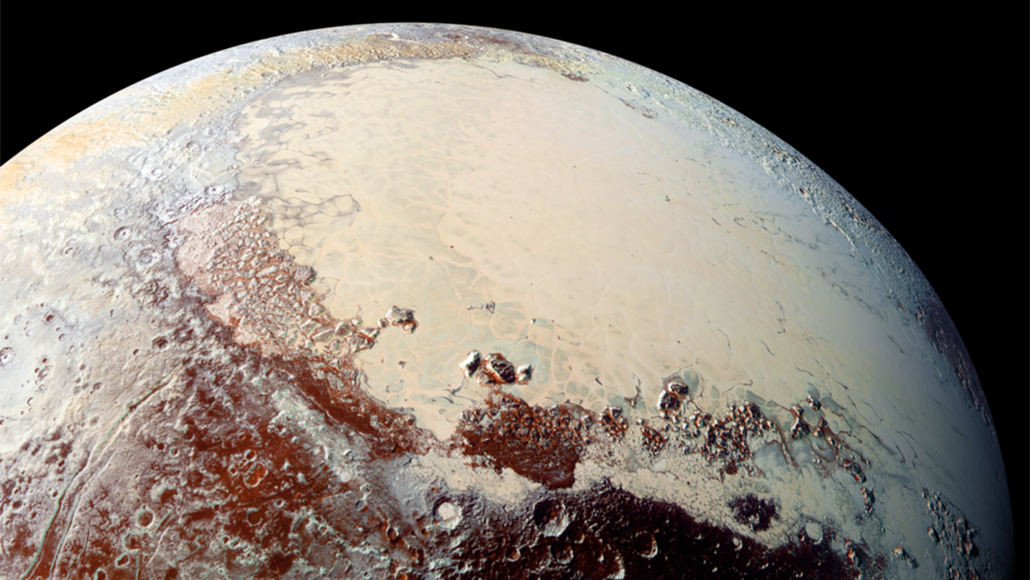 If Pluto has a subsurface ocean, it may be old and deep

New analyses of images from NASA’s New Horizons spacecraft suggest that Pluto may have had a sea beneath its icy shell for roughly 4.5 billion years.

If Pluto has a subsurface ocean, it may be old and deep
New research hints that liquid water might be common at the solar system’s edge

A suspected subsurface ocean on Pluto might be old and deep.

New analyses of images from NASA’s New Horizons spacecraft suggest that the dwarf planet has had an underground ocean since shortly after Pluto formed 4.5 billion years ago, and that the ocean may surround and interact with the rocky core.

If so, oceans could be common at the solar system’s edge — and may even be able to support life. That possibly “transforms the way we think about the Kuiper Belt,” the region of icy objects beyond the orbit of Neptune (SN: 3/27/19), says planetary scientist Adeene Denton of Purdue University in West Lafayette, Ind.

On its pass through the Kuiper Belt in 2015, New Horizons revealed that despite the dwarf planet’s location nearly 6 billion kilometers from the sun, Pluto showed signs of hosting an ocean of liquid water beneath an icy shell (SN: 9/23/16).

How much liquid may lie beneath Pluto’s ground, how long it’s been there, and how much the water may have partially frozen over time is hard to tell from the surface. The new research, which had been scheduled for presentation the week of March 16 at the canceled Lunar and Planetary Science Conference in The Woodlands, Texas, has dug into those questions.

Dark lines (circled) on the surface of Pluto, shown in this image from NASA’s New Horizons spacecraft, could mark ripples created when a large object probably slammed into the opposite side of the dwarf planet.New Horizons Team
“If there’s an ocean today, it raises the question of, when did that ocean get there?” says planetary scientist Carver Bierson of the University of California, Santa Cruz.

Bierson considered two possible histories for Pluto’s potential ocean. If the dwarf planet had a “cold start,” any subsurface water would first have been frozen before melting under heat from decaying radioactive elements in the dwarf planet’s core, only to partially freeze again over time. In that scenario, Bierson expected to see cracks and ripples across Pluto’s icy shell from the orb’s contraction as the ice melted and then expansion as water refroze. Contracting would make the ice crumple into mountainlike features, while expanding would stretch the ice and create faults and graben.

Bierson’s second scenario envisioned a “warm start” for Pluto, where the ocean would have been liquid for nearly all of Pluto’s 4.5-billion-year existence. In that case, the surface would show only cracks from the sea expanding as it partially froze. And that’s exactly what Bierson and colleagues found in New Horizon’s images, suggesting that Pluto’s liquid ocean is nearly as old as the dwarf planet itself.

“That means maybe Pluto did start off warm,” Bierson says. “Maybe it started with a liquid ocean really early on.”

In a separate study, Denton and colleagues considered the impact that formed Sputnik Planitia, the left lobe of Pluto’s distinctive heart-shaped basin. Because of how New Horizons flew past Pluto, scientists’ view of half the dwarf planet is fuzzy. But the team was able to see lines on Pluto’s surface on the exact opposite side of the globe from Sputnik Planitia, the researchers reported in October 2019 at arXiv.org. Those lines might be the imprints of shock waves from a massive impact that formed the enormous basin, Denton says.

“If the impact is large enough … the planet itself can act like a lens, and focus the wave energy at the exact opposite point on the planet from the impact,” she says.

Pluto’s internal structure would have controlled how those shock waves shuddered through the dwarf planet. Looking at the cracks in the surface ice could give clues to the thickness of the proposed ocean or the core’s chemical makeup. So Denton and her colleagues ran computer simulations of an impact to look for clues.

“We got the fun answer,” she says. To explain the lines seen on the dwarf planet, not only would Pluto need a large ocean, 150 kilometers or more in thickness, but the core must contain minerals, such as serpentine, that form through interactions between rock and water. Astrobiologists think that water-rock interactions could provide energy and nutrients for life (SN: 5/19/15). The possibility of a somewhat soggy core could let life get a toehold at the fringes of the solar system, Denton says.

“It’s certainly not exactly a smoking gun,” she says. “But it’s exciting.”

The possibility that Pluto has a habitable ocean raises the odds that other Kuiper Belt objects do too, says planetary scientist James Tuttle Keene of NASA’s Jet Propulsion Laboratory in Pasadena, Calif., who is a member of the New Horizons team but was not involved in either study.

“This lays out one of the coolest hypotheses that a future Pluto mission could test,” he says. “If Pluto can have an ocean and potentially be habitable, it’s very likely that other bodies in the Kuiper Belt also are ocean worlds and also are potentially habitable.”


Questions or comments on this article? E-mail us at feedback@sciencenews.org 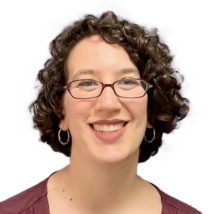 Lisa Grossman is the astronomy writer. She has a degree in astronomy from Cornell University and a graduate certificate in science writing from University of California, Santa Cruz. She lives near Boston.

An older, related article. No pretty pics, but many equations of expansitivity o' ice, n maxwell mediums, which I guess is the same thing, for math brains :: shrug :: Excerpt below:

Many icy Solar System bodies possess subsurface oceans. On Pluto, Sputnik Planitia’s location near the equator suggests the presence of a subsurface ocean and a locally thinned ice shell. To maintain an ocean, Pluto needs to retain heat inside. On the other hand, to maintain large variations in its thickness, Pluto’s ice shell needs to be cold. Here we show, by thermal evolu-tion and viscous relaxation calculations, that the presence of a thin layer of clathrate hydrates (gas hydrates) at the base of the ice shell can explain both the long-term survival of the ocean and the maintenance of shell thickness contrasts. Clathrate hydrates act as a thermal insulator, preventing the ocean from completely freezing while keeping the ice shell cold and immo-bile. The most likely clathrate guest gas is methane, derived from precursor bodies and/or cracking of organic materials in the hot rocky core. Nitrogen molecules initially contained and/or produced later in the core would probably not be trapped as clath-rate hydrates, instead supplying the nitrogen-rich surface and atmosphere. The formation of a thin clathrate hydrate layer cap to a subsurface ocean may be an important generic mechanism to maintain long-lived subsurface oceans in relatively large but minimally heated icy satellites and Kuiper belt objects.

ETA pic: Pluto and its large moon, Charon, appear overexposed in this Hubble Space Telescope image obtained in 2006 to confirm the existence of the two small moons Nix and Hydra (at right).

Pluto trivia: Pluto and Charon orbit around a point in space that is outside of both, effectively making them a binary system (aka, double minor planets) rather than a parent body and its moon. Back when Pluto was still considered a planet that should have been an indication that Pluto wasn't really a planet at all.
You must log in or register to reply here.
Share:
Facebook Twitter Reddit WhatsApp Email Link
Top