The Washington Post raised eyebrows on Monday night for a report on the first newly opened "migrant facility for children" under President Biden, which critics compared to the "kids in cages" mantra that was pushed during the Trump administration.

"Dozens of migrant teens boarded vans Monday for the trip down a dusty road to a former man camp for oil field workers here, the first migrant child facility opened under the Biden administration," the Post reported from Carrizo Springs, Texas. "The emergency facility — a vestige of the Trump administration that was open for only a month in summer 2019 — is being reactivated to hold up to 700 children ages 13 to 17."

The Post continued, "Government officials say the camp is needed because facilities for migrant children have had to cut capacity by nearly half because of the coronavirus pandemic. At the same time, the number of unaccompanied children crossing the border has been inching up, with January reporting the highest total — more than 5,700 apprehensions — for that month in recent years."

The headline, which read "First migrant facility for children opens under Biden," appeared far more charitable than the coverage the Post gave to former President Trump, particularly during the 2018 migrant crisis when the administration enforced its child-separation policy among migrant families.

Headlines from 2018 include, "The American tradition of caging children," and "The real reason we’re locking children in cages."

Even the Post's editorial board as recently as September 2020 wrote, "The tableaux of caged migrant children, torn from their parents’ arms, should be among the most enduring images produced by the president’s policies" in a piece warning about what Trump's immigration agenda in a second term would look like.

Critics piled on the new headline on social media.

"A what for what now?" National Review contributing editor Daniel Foster reacted.

Even progressives saw through the Post's watered-down headline.

"There are many grotesque and criminal things on our side of the aisle too," New York Democrat Lindsey Boylan wrote.

"Definitely what we all voted for," Progressives Everywhere's Jordan Zakarian sarcastically tweeted.

A spokesperson for the Washington Post told Fox News that the Trump-era headlines that refer to "cages" either attribute the descriptor to others or are from opinion pieces. She also stressed that the Post's reporting has also pointed out that the facilities had been built under President Obama.

CBS News ran a similar headline on Monday that read, "U.S. shelters for migrant children near maximum capacity as border crossings increase," though it received far less attention than the Post's.

Where's AOC with her mouth poked out like a swollen butthole protesting this?? 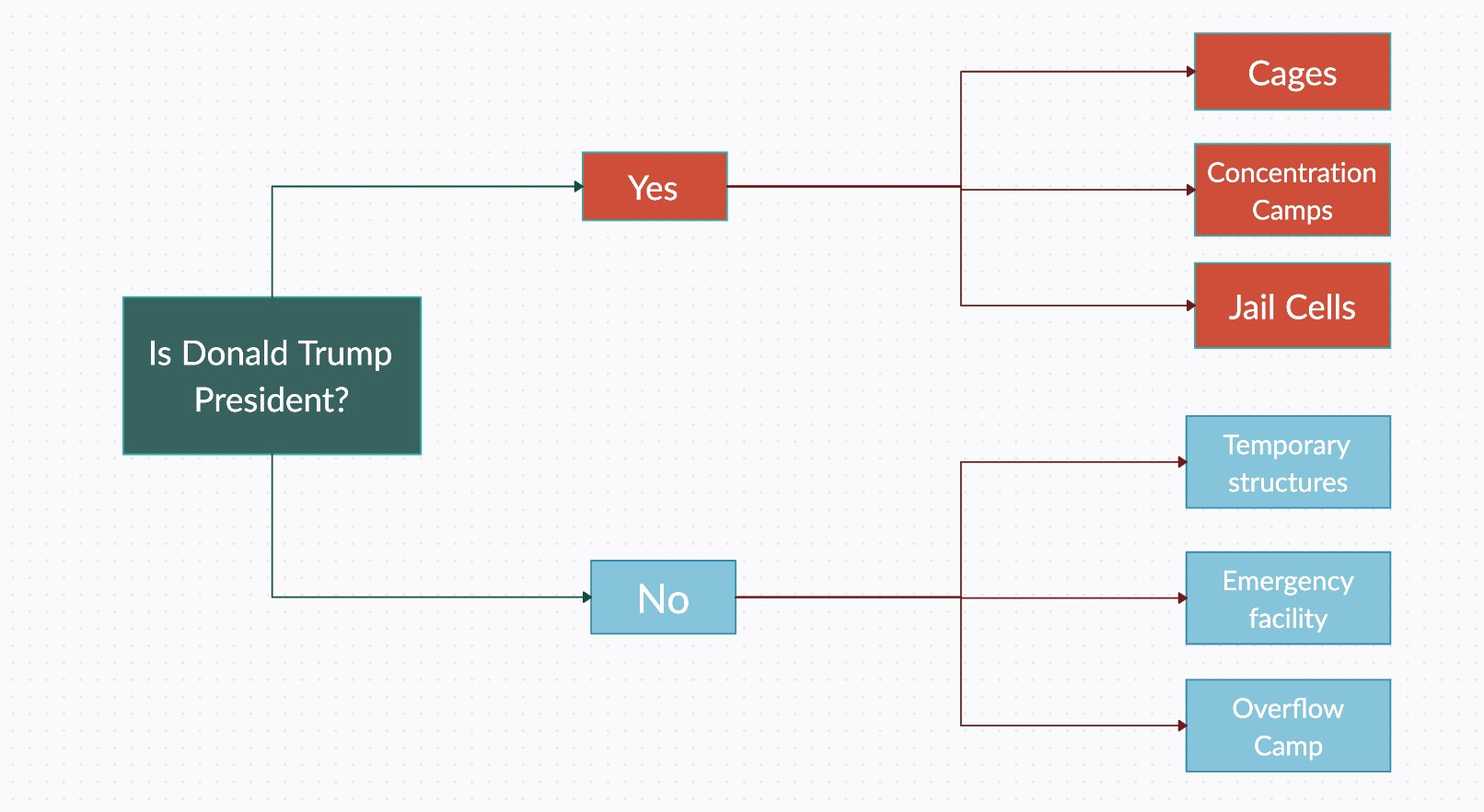 I am not a fan of AOC, but she is pissed and complaining about this.

Granted she is the exception to the rule.

20Gauge said:
I am not a fan of AOC, but she is pissed and complaining about this.

Granted she is the exception to the rule.
Click to expand...

I disagree. She's using this to push her agenda. Open borders or catch and release.

corona said:
I disagree. She's using this to push her agenda. Open borders or catch and release.
Click to expand...

No argument on that, but she still is consistent on not liking them no matter who is in charge. The others only cared if Trump was in power.

I can see it now:


Creepy Joe's Kids are Us
"Come on down. Hundreds of selections to choose from".
​
kz
J

20Gauge said:
I am not a fan of AOC, but she is pissed and complaining about this.

Granted she is the exception to the rule.
Click to expand...

I did see the article about her being upset by this.

corona said:
I disagree. She's using this to push her agenda. Open borders or catch and release.
Click to expand...

These are equivalent facilities, are they not?
You must log in or register to reply here.
Share:
WhatsApp Email Link
Top