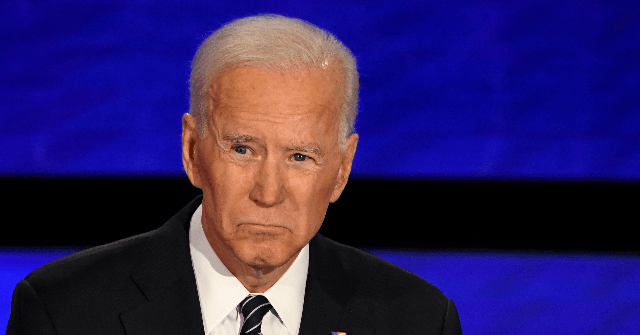 Dan Bongino declared Sunday that Joe Biden is suffering a rapid "cognitive decline" -- and that his sources were "close to the situation."

Conservative pundit and former Secret Service agent Dan Bongino declared Sunday morning that former Vice President Joe Biden is suffering a rapid “cognitive decline” — and he suggested that his sources were “close to the situation.”

Biden’s mental acuity has been a frequent theme of discussion, primarily among conservatives — though Democrats have also acknowledged potential problems, on occasion.

Not a joke and not hyperbole – I’m hearing from people close to the situation that Biden’s cognitive decline is rapidly worsening and is becoming increasingly difficult to mask. The Democrats are going to have to make a decision soon.
Click to expand...

At the Democratic Party presidential debate in Houston, Texas, last September, former Secretary of Housing and Urban Development Julián Castro brought up the issue of Biden’s mental decline on the debate stage: “Are you forgetting what you said two minutes ago?” he said, after Biden claimed he had not said that people would have to “buy in” to his health care plan (Castro was correct).

Though Castro later told Breitbart News that he had not meant his remark in precisely that way, Sen. Cory Booker (D-NJ) seemed to echo his criticisms of Biden in post-debate interviews, saying he did not know whether the former vice president had the stamina to run a fully competitive presidential campaign.

President Trump has referred to Biden throughout the campaign as “Sleepy Joe Biden.”

It's not funny any longer, it's sad and cruel.

Biden isn't the perfect candidate prior to a convention because at a convention there are delegates from every state and if Biden shows obvious signs of dementia, there would be a delegate storm that could have unexpected results.

However,
Biden IS the perfect candidate for a caucus where you can blow off the delegates completely and sideline Good Ole Joe for "traumatic brain injury" and bring forward the reserve backup quarterback to win the Superbowl.

The Democrat Convention has instructed Delegates not to come to Milwaukee because of corona.
Well . . . if the delegates aren't going to be there, then it is more like a caucus than a convention.
W

Alzheimer's only gets worse...never static or better.

He's at about Stage 5.
Link:
What Are the 7 Stages of Alzheimer’s Disease?
F