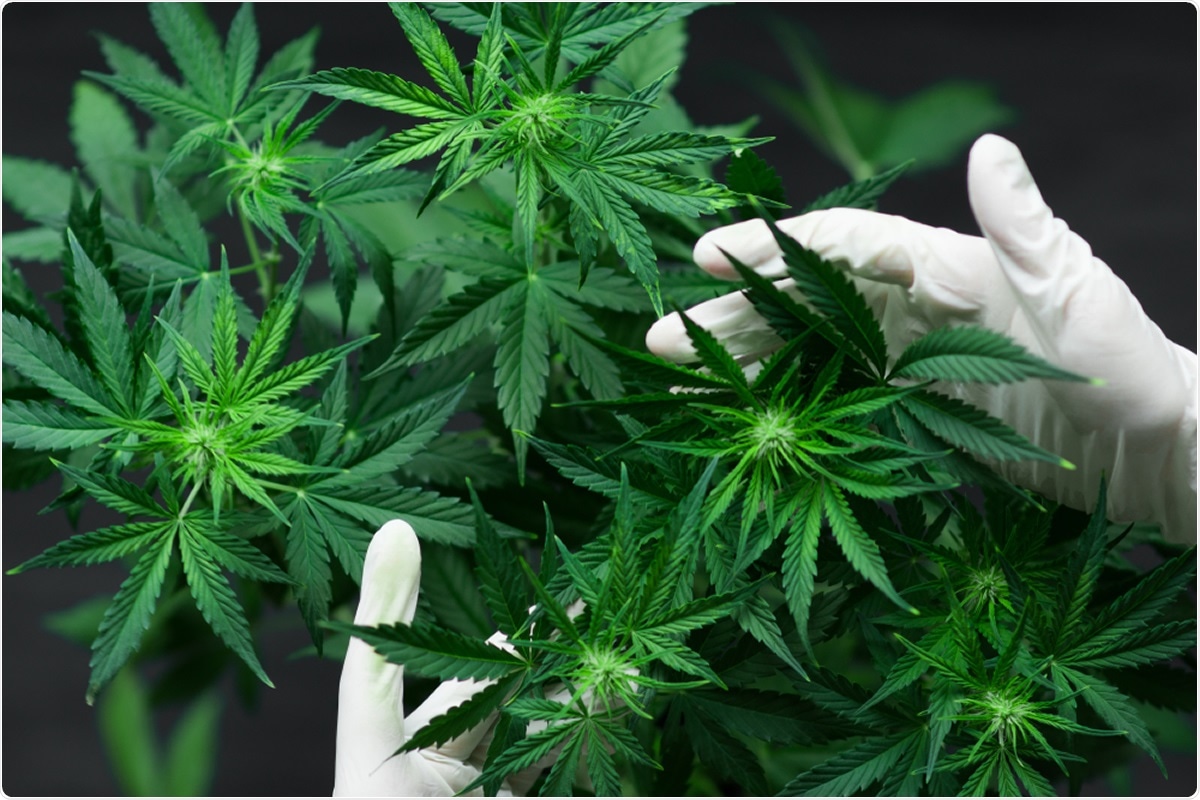 As scientists continue to search for effective antidotes to direct and indirect damage caused by the novel severe acute respiratory syndrome coronavirus 2 (SARS-CoV-2), a new preprint research paper posted to the bioRxiv* server demonstrates the potential of cannabinoid receptor agonists to...

As scientists continue to search for effective antidotes to direct and indirect damage caused by the novel severe acute respiratory syndrome coronavirus 2 (SARS-CoV-2), a new preprint research paper posted to the bioRxiv* server demonstrates the potential of cannabinoid receptor agonists to alleviate myocardial damage in this condition even in the absence of any inhibitory effect on viral infection as such.

The features of SARS-CoV-2 infection
The SARS-CoV-2 virus appears to be a primarily respiratory virus, but it also brings about many other effects such as neurological signs and symptoms, gut symptoms, and cardiovascular features.

Many studies have shown diffuse myocardial damage and inflammation with infiltration by immune cells. Moreover, hiPSC-CMs show a higher expression of inflammatory genes such as IL-6, IL-8, and TNF-α. The resulting flood of inflammatory cytokines leads to changes in the heart muscle cells, such as arrhythmias, hypertrophy, cell death, and the transformation of fibroblasts into myofibroblasts.

Signs of cardiac muscle injury include high levels of creatine kinase and lactate dehydrogenase activity (LDH). The current study focuses on a class of drugs that can modulate these harmful effects in infected patients and help treat patients with severe COVID-19, including cardiovascular damage.

Cannabinoids and inflammation
The source of these drugs is the cannabis plant (Cannabis sativa), of hoary origin. It yields a number of pharmacological compounds such as phytocannabinoids, including delta-9-Tetrahydrocannabinol (THC), a highly psychoactive agent. Endocannabinoids and synthetic cannabinoids are also of great interest.

The latter includes WIN 55,212–2 (WIN), a mixed CB1/CB2 agonist, is a compound with reported inhibitory effects on the expression of the HIV-1 virus in vitro. Cannabinoids have also been found to act on cannabinoid receptors type 1 (CB1R) and/or type 2 (CB2R) to reduce ACE2 expression in a range of epithelia in vitro and also have anti-inflammatory properties.

In earlier research, WIN was found to reduce microglial activation following lipopolysaccharide (LPS) exposure, decrease the levels of TNF-α and IL-6 in plasma, and reduce inflammation in lung epithelial cells treated with TNF-α, while enhancing inflammatory activity in macrophages. High levels of cannabinoids prevented inflammation in epithelia incubated with TNF-α and IFN-γ.

WIN does not reduce ACE2 expression
The scientists found that WIN does not affect the expression of ACE2 on hiPSC-CMs that express CB1R. Neither does this molecule prevent or reduce SARS-CoV infection by any ACE2-independent mechanism. WIN did not lead to a significant reduction in SARS-CoV-2 replication either.

WIN does not reduce SARS-CoV-2 infection and replication in hiPSC-CMs. (A) Immunomicrographs of MOCK and SARS-CoV-2-infected hiPSC-CM pre-treated or not with 1 μM WIN for 24 hours. hiPSC-CM were immunostained for SARS-CoV-2 convalescent serum (CS) (red) and counterstained with DAPI (blue) at 48h post-infection. Scale bar: 50 μm. (B) Percentage of CS positive cells. CS immunoreactivity was comparable between treated (30±15%) and untreated (26±12%) hiPSC-CM. (C) Viral titer quantification by plaque forming units assay using the supernatants of the SARS-CoV-2 infected hiPSC-CMs. Viral titer was comparable between treated (6.99 × 105±4.39 × 105 PFU/mL) and untreated (2.18 × 106±9.96 × 105 PFU/mL) hiPSC-CM. Error bars represent standard errors of the means (SEMs) from three independent experiments.

Related Stories
Severe COVID-19 is thought to result from dysregulated inflammatory immune responses leading to excessive levels of inflammatory cytokines in the systemic circulation, leading to multi-organ damage. As such, the study found that WIN prevented high levels of cytokine release in infected cells exposed to WIN, relative to either controls or infected cells.

What are the implications?
The study explored the potential for cannabinoids to prevent and treat COVID-19 by virtue of their known anti-inflammatory, cell-protective and antiviral properties. The findings show that the synthetic cannabinoid WIN reduces cell damage following infection by SARS-CoV-2 in hiPSC-CMs.

“This is the first study showing anti-inflammatory and protective properties of a cannabinoid agonist in hiPSC-CMs infected with SARS-CoV-2.”

The failure to downregulate ACE2 levels in infected hiPSC-CMs could be due to the protective role of ACE2 on cardiovascular health. The extensively expressed CB1 receptor failed to show any association with reduced infection or viral titer after WIN binding in hiPSC-CMs.

The absence of CB2 expression on hiPSC-CMs may explain why WIN could not modulate SARS-CoV-2 infection or replication in these cells.

This could be due to the lack of oxygen due to the respiratory depression caused by lung damage in COVID-19 and uncontrolled systemic inflammation. As shown in earlier research involving Trypanosoma cruzi infection of heart muscle, local inflammatory cytokine release could also contribute.

WIN was associated with lower levels of all three cytokines released from infected hiPSC-CMs, supporting similar findings in other tissues exposed to toxic proteins. Thus, WIN appears to have anti-inflammatory and protective properties on cardiac cells infected with the virus.

While other receptors such as TRP (transient receptor potential channel) family may be involved in WIN’s reduction of LDH levels, the high affinity for CB1 receptors shown by WIN indicates that these receptors are primarily involved in LDH activity reduction.

TRP modulation by WIN is observed only with high WIN levels, at tenfold the concentrations used in the current study, which supports the role of CB1 receptors rather than TRP in modulating LDH activity.

The findings support the anti-inflammatory and protective effect of cannabinoids, mediated by the CB1 receptor. This in vitro cardiac myocyte model should be followed up with more advanced studies to explore the potential clinical applications of cannabinoids in preventing heart muscle damage in SARS-CoV-2.


*Important Notice
bioRxiv publishes preliminary scientific reports that are not peer-reviewed and, therefore, should not be regarded as conclusive, guide clinical practice/health-related behavior, or treated as established information.

Dr. Liji Thomas is an OB-GYN, who graduated from the Government Medical College, University of Calicut, Kerala, in 2001. Liji practiced as a full-time consultant in obstetrics/gynecology in a private hospital for a few years following her graduation. She has counseled hundreds of patients facing issues from pregnancy-related problems and infertility, and has been in charge of over 2,000 deliveries, striving always to achieve a normal delivery rather than operative.
You must log in or register to reply here.
Share:
WhatsApp Email Link
Top