A California woman was gored by a bison at Yellowstone National Park, after she approached the animal while attempting to take a photo.

The 72-year-old unnamed woman got within 10 feet of the bison “multiple times” while at her Bridge Bay Campground to take photos before it attacked, the National Park Services wrote in a press release.

The incident happened June 25, less than six weeks after the park reopened to guests following shutdown due to the coronavirus pandemic.

The park is currently investigating, but Yellowstone’s senior bison biologist Chris Geremia is warning guests to “stay at least 25 yards away” from the wildlife, and to move, run away or find cover if they approach or charge.

“The series of events that led to the goring suggest the bison was threatened by being repeatedly approached to within 10 feet,” said Geremia in a press release. “Bison are wild animals that respond to threats by displaying aggressive behaviors like pawing the ground, snorting, bobbing their head, bellowing, and raising their tail.

This is not the first injury since the park reopened. Two days after Yellowstone welcomed back guests, a visitor was injured by a bison after also approaching the wild animal too closely.

The woman was reportedly “knocked to the ground and injured” by the bison in the Old Faithful Upper Geyser Basin after getting within 25 yards of the animal.

In addition to keeping yourself safe by maintain distance from the wildlife, the park service is also urging visitors to keep distance from each other as part of its coronavirus safety regulations.

That should read, "Woman tries to commit suicide by Bison"

I hate it when they try and make it sound like the Bison did something wrong.

She's too old for a Darwin Nomination even if the Bison had been successful.

Something about "procreating." One imagines she's beyond all that.

To quote Red from the 70s Show- "Dumbass!

I find myself having to say this more and more lately: Play stupid games, win stupid prizes. Common sense....isn't.
B

Momma always said … stupid is as stupid does. 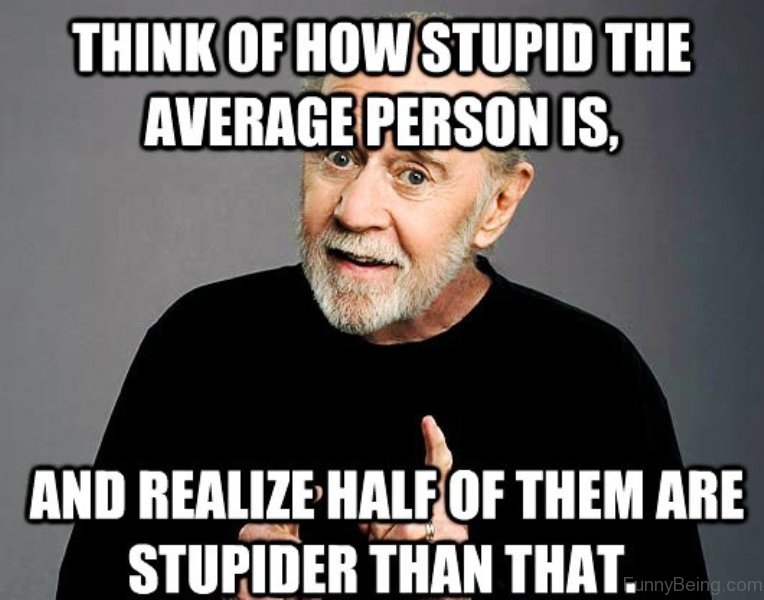 I see nothing wrong here. The woman wanted to get close and she did. So she's happy, I assume.
S

hiwall said:
I see nothing wrong here. The woman wanted to get close and she did. So she's happy, I assume.
Click to expand...

Yeah, she became "One with the bison". Should be at the top of her liberal bucket list! Dumbass...

Coyotes, bears and buzzards have to eat too....

Anybody who doesn't have a healthy fear (respect) for a giant animal is just cuckoo.

Well, those warning signs are usually there for a reason.

That, and the sheer size and strength of a buffalo should clue one in...

I went to Yellowstone on vacation a few years ago. They tell you to not approach the wild animals especially the ones that weigh a lot like a Bison. I was born in a city. They didn't have to tell me that. I would not walk through Bedford-Sty at night and knew to stay away from the wild animals...
W

I once saw 15-20 tourists standing in a semicircle around a very large bull elk with magnificent antlers. They were taking pictures from a distance of 10-15 feet. So I took some pictures of idiots with elk from a safe distance. The elk had found a nice patch of delicious grass to eat and was ignoring the tourists.

This was about 30 years ago. I really should make a trip to Yellowstone Park soon. I expect that there are even more idiot tourists now and I have a much better camera.

Maybe she can sue the bison?

Idiots, stupid is supposed to hurt and is used to weed the stupidity out of the gene pool...

I hate digital cameras.
As a teenager, I had a 35mm camera, a real camera.
Also had a telephoto (?) lens. Could get way up close, from a safe distance.
D

The buffalo should get her head on its wall.

Pura Vida in my garden

A magnificent beast, indeed. Still, there's only a select few of those I'll risk gettin' up close & personal with ; )
..sad thing is, she'd probably be tickled pink to have gone out this way- gin soaked liberal brains are way more
dangerous than EBG or CV19!
You must log in or register to reply here.
Share:
Facebook Twitter Reddit WhatsApp Email Link
Top