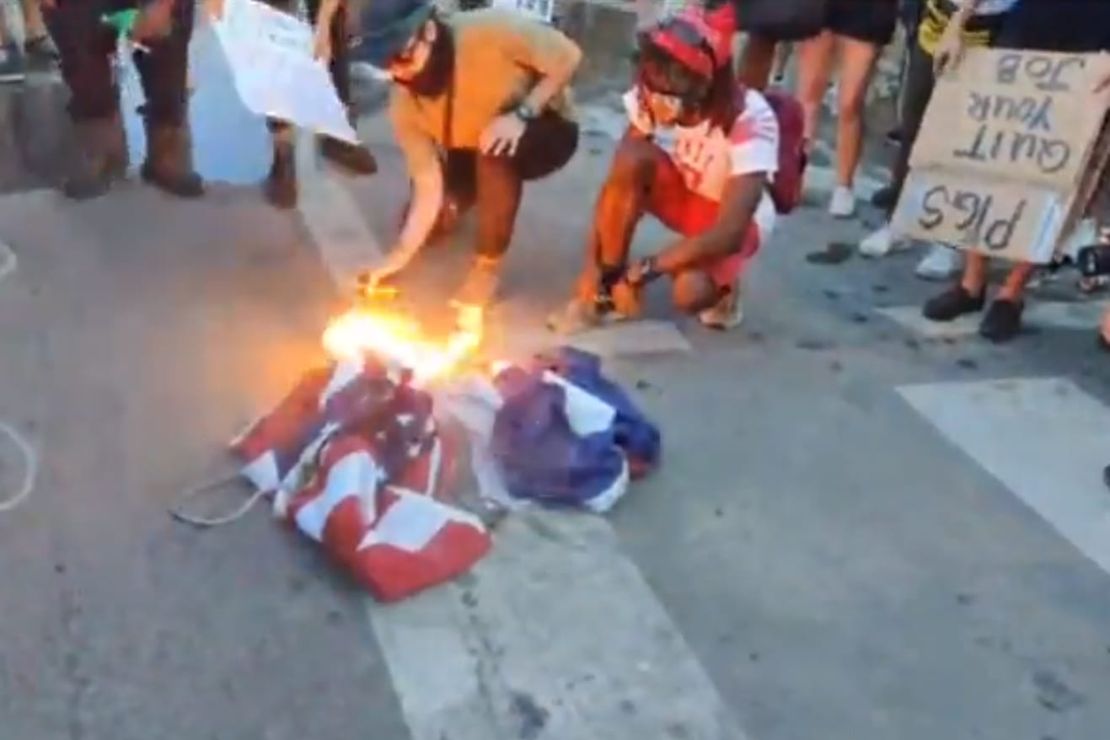 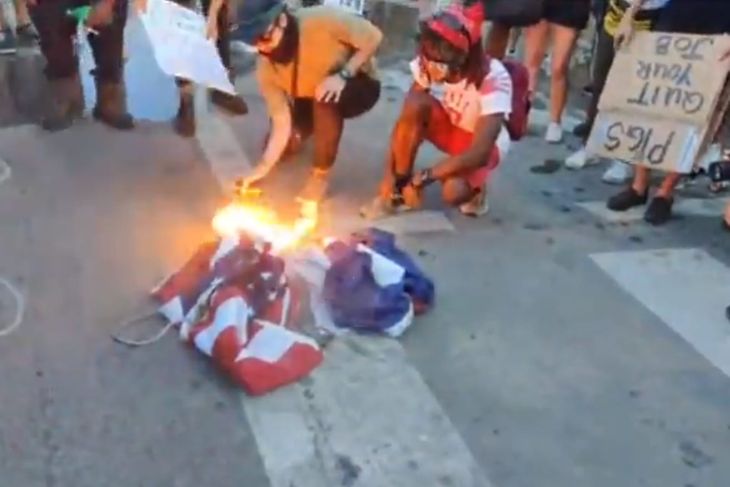 
Friday evening, hundreds of protesters gathered outside police headquarters in Austin, Texas. Chanting slogans such as “F*** the police” and “This is not America!” and carrying hateful signs calling police officers names such as “pigs,” the demonstrators attempted to enter the building. According to officers on the scene, once the demonstrators failed to gain entry to the building, they turned on the American and Texas flags flying from city-owned poles nearby.

The demonstrators lowered both flags, put them in a pile on the pavement, and after several failed attempts, set them on fire. Watch video of the events as they unfolded Friday. Video credit Hiram Gilberto.

Sunday morning, Austin police report the arrest of man in connection with the flag burning.

Police have arrested 20-year-old Julian Gawel for taking down the United States and Texas flags from their poles after video surfaced showing protesters pulling down and burning both flags in downtown Austin.
Click to expand...

His mugshot is at the link. There are a few social media accounts attached to the name Julian Gawel indicating the man is from Florida, is white, and is a student at the University of Texas at Austin. The university canceled all in-person classes due to the coronavirus pandemic in March 2020.

Moments after the demonstrators set the flags on fire, a leader can be heard in the video warning others that police officers are approaching to break up the protest. After repeated warnings, the crowd begins to move. Police officers in riot gear emerge from a secured area and demonstrators begin shouting profanities at them. At one point, someone from the crowd attempts to toss an unknown powder in the direction of the officers.

Police return to their secured area and close the gates. Demonstrators begin kicking the metal fence and resume chanting. An unknown demonstrator tosses an object such as a bottle over the fence at the officers, but it appears to do no damage.

Demonstrators chanting “Whose streets? Our streets!” and occupy the area outside the police building’s secure area until police eventually disperse them. The demonstrators chant “Revolution!” and other slogans as they march down the street in the mostly empty downtown Austin.

No word yet on the charges Mr. Gawel may face or if others are still being sought by police.

UPDATE: A source tells PJM that Mr. Gawel has been charged with theft, evading arrest, and resisting arrest. Because he apparently crossed state lines allegedly in order to incite a riot, the case has been referred to the FBI.

A can of charcoal lighter fluid would have been handy right about the time that photo was taken...

I miss the days of vigilante tarring and feathering or castration with a rusty knife..... real Western Justice.
T

Jeff B. said:
A can of charcoal lighter fluid would have been handy right about the time that photo was taken...

Arson with intent is a thing, and whoever did it would be sure to bear the full force of the law.

Arson while protesting, not so much.

I have been tempted to cut to the chase, get a hammer-and-sickle flag, and torch it.
Wonder how soon they would turn that into a "hate crime"?

Steal something out of a cop car and see how THAT works out for ya'.
You must log in or register to reply here.
Share:
WhatsApp Email Link
Top