For all the complaining they do about so-called “dark money” in politics, it certainly appears that those on the left are eager to get a slice of the pie — even if they possibly have to engage in some “creative accounting” to make it seem as though everything is above-board.

ent, boasting over $6 billion raised for favored candidates since 2004. The organization funneled more than $1.5 billion to leftist candidates in 2018 alone, and has moved almost $900 million to assist progressives thus far in 2019 and 2020.

Most of these contributions, according to ActBlue, come through gift cards of $100 or less. That’s a lot of donations!
The organization has leveraged its powerhouse presence to negotiate a special relationship with banks so that it does not have to reveal donor names when processing its gift cards, as is normally required for virtually all online transactions.

Some people have long suspected this allows ActBlue or a mega-donor to easily break large donations down into smaller gifts to avoid campaign finance laws and Federal Election Commission scrutiny — once an individual donor or third-party organization has given $200 or more to a candidate, for instance, their information is supposed to be added to a public FEC database for the sake of transparency. ActBlue’s structure could easily allow illegal donations made online to be broken down into smaller gifts from claimed U.S. sources with little chance of exposure. ActBlue’s design would allow large donors to exceed contribution limits without even triggering the threshold for public reporting.

But now, computer analysis calls into question the legitimacy of these gifts.

Forensic analysis conducted by The Amistad Project in cooperation with Take Back Our Republic reveals that 4.7 million of the 9.7 million ActBlue donors are reported to be unemployed. That’s a whopping 48.4% of all ActBlue donors in 2019-2020.
In comparison, analysis of the Republican counterpart to ActBlue, WinRed, reports that 4.1% of its donors were unemployed, a figure that roughly matches the national unemployment rate during that time period.

Analysis reveals similar disparities exist between funding sources for the Democrat National Committee and the Republican National Committee, potentially reflecting the impact of ActBlue’s contributions. The DNC reports 40.6% of its donors are unemployed and the RNC 6.4%, while the Biden for President Committee reports 51% of its donors as unemployed compared to 2.7% of the Trump donors.

This raises questions that must be answered.

"When Take Back Our Republic first pointed out in 2015 that foreign interests could potentially use gift cards to flood money in through ActBlue’s unverified credit card system, more than 100 members of Congress stopped using the system and 31 Democrats joined 52 Republicans in trying to outlaw the practice," said John Pudner, president of Take Back Action Fund.

"It took vendors only a few hours to change their setup to allow the banks to verify if donations were really from Americans,” Pudner added. “Unfortunately, as things turned harshly partisan after Trump's election, ActBlue doubled down and moved more and more candidates onto an unverified system at a time when intelligence officials are warning that foreign interests want to impact who wins our elections. TBAF asks ActBlue to join the hundreds who have stopped using this system."

ActBlue claims it has convinced millions of unemployed persons to donate to progressive candidates under a structure that allows the organization to escape scrutiny. Perhaps it’s time to take a closer look. That’s exactly what we’re doing through Got Freedom, a coalition of organizations committed to preserving our First Amendment freedoms and the integrity of our electoral process.

Something about ActBlue’s finances smells awfully rotten, and the American public shouldn’t settle for simply holding its nose. We all deserve answers to ensure safe and fair elections in America.

Phill Kline is the former Kansas attorney general. He currently serves as pulpit pastor of Amherst Baptist Church, a law school professor, and director of the Amistad Project of The Thomas More Society. Previously, he served as president of the Midwest Association of Attorneys General, was on the Executive Committee of the National Association of Attorneys General, and was co-chairperson of the Violent Sexual Predator Apprehension Task Force. He was a Kansas House member for eight years where he chaired the Appropriations Committee and the Taxation Committee and authored victims rights laws and welfare reform. 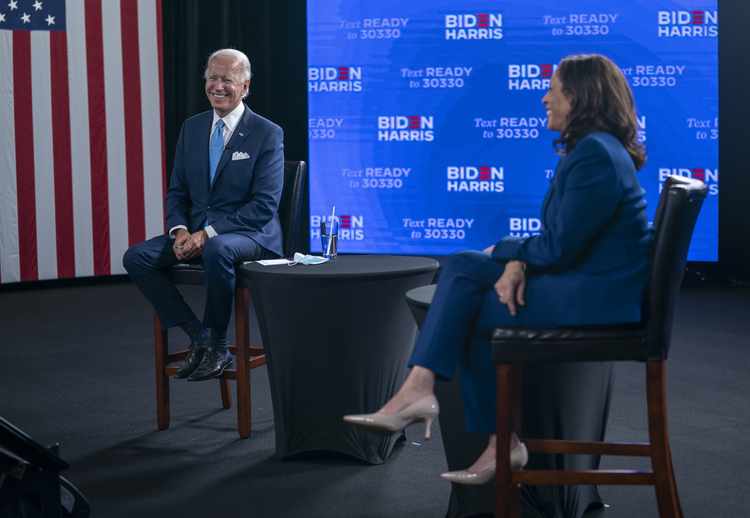 For all the complaining they do about so-called dark money in politics, it certainly appears that those on the left are eager to get a slice of the pie even if they possibly have to engage...

Wow what a surprise, they can get even more crooked.

_______________
Well, it's not really surprising that there's significantly more unemployed Leftists than conservatives, but probably not quite that many.
P