Pandemic Was the COVID-19 Test Meant to Detect a Virus?

This is a really long article.
I tried to copy it but it was too long for the forum software.

Border Collie Dad said:
This is a really long article.
I tried to copy it but it was too long for the forum software.

Wow. Way, Way too long, and a slow start, but some crucial points that people should look at.
I am still reading.

This article meshes well with the thread on the respiratory therapist video that is on the Main today. It also addresses my initial disagreements with the therapist - after reading this article, the therapist may be on to something as regards to the inherent problems of the Covid test.

Thanks for posting.
B

Two snips:
"In a previous interview I did with him a few weeks ago, he said this, about PCR tests and the fallacies of thinking less is more, or smaller is better, or more "sensitive" means more accurate:
"It's like fingerprints. With PCR you're only looking at a small number of nucleotide. You're looking at a tiny segment of gene, like a fingerprint. When you have regular human fingerprints, they have to have points of confirmation. There are parts that are common to almost all fingerprints, and it's those generic parts in a Corona virus that the PCR test picks up.

"The primers are what you know. We already know the strings of RNA for the Corona family, the regions that are stable. That's at one end. Then you look at the other end of the region, for all Corona viruses. The Chinese decided that there was a region in those stable areas that was unique to their Corona virus. You do PCR to see if that is true. If it is truly unique it would work. But they're using the SARS test because they don't really have one for the new virus."
"SARS isn't the virus that stopped the world," I offer.
"That's right."
"PCR for diagnosis is a big problem," he continues. "When you have to amplify it these huge numbers of time, it's going to generate massive amounts of false positives. Again, I'm skeptical that a PCR test is ever true."

My conclusion/question: Is the diagnostic Covid-19 PCR just detecting a bit of SARS RNA? SARS has been around for a decade (? or so?), and thus most of the global pop. probably has had exposure. Odd that every time they get a case in a specific group (cruise ship, homeless shelter, nursing home, etc., they get test results from that group like 80% pos., and then they then assume that this was inoculated w/i the group, and caught by the others in the group from that presumed initial infection, and this indicates a high RO. The whole thing may be invalid.
Last edited: Apr 21, 2020
F

I know this a lot to read. Some more relevant snips. If I find more, I'll make another post.

"There was a famous Chinese paper that estimated that if you're testing asymptomatic people, up to 80% of positives could be false positive.

"What they do is they take some kind of a continuum and they arbitrarily say this point is the difference between positive and negative."
"Wow," I said. "That's so important. I think people envision it as one of two things: Positive or negative, like a pregnancy test. You "have it" or you don't."

"PCR is really a manufacturing technique," Crowe explained. "You start with one molecule. You start with a small amount of DNA and on each cycle the amount doubles, which doesn't sound like that much, but if you, if you double 30 times, you get approximately a billion times more material than you started with. So as a manufacturing technique, it's great. What they do is they attach a fluorescent molecule to the RNA as they produce it. You shine a light at one wavelength, and you get a response, you get light sent back at a different wavelength. So, they measure the amount of light that comes back and that's their surrogate for how much DNA there is. I'm using the word DNA. There's a step in RT- PCR test which is where you convert the RNA to DNA.

"I think if a country said, "You know, we need to end this epidemic," They could quietly send around a memo saying: "We shouldn't be having the cutoff at 37. If we put it at 32, the number of positive tests drops dramatically. If it's still not enough, well, you know, 30 or 28 or something like that. So, you can control the sensitivity."
Yes, you read that right. Labs can manipulate how many "cases' of Covid-19 their country has. Is this how the Chinese made their case load vanish all of a sudden?
F

"It's socialist contagion theology." ...too funny!

Here is a snip on some background of the PCR. Sorry my re-work on this piece is so choppy (hope I'm not violating copyright with this much quoting...the article is long and goes into other stuff like HIV testing, which needn't be debated here.)

In the early 1990's, PCR, (Polymerase Chain Reaction) came into popular use, and Kary Mullis was awarded the Nobel Prize for it in 1993. PCR, simply put, is a thermal cycling method used to make up to billions of copies of a specific DNA sample, making it large enough to study. As it correctly says on PCR's Wikipedia page, PCR is an "…indispensable technique" with a "broad variety" of applications, "…including biomedical research and criminal forensics." [Italics mine.] The page goes on to say, to my dismay, that one of the applications of PCR is "…for the diagnosis of infectious diseases."
Last edited: Apr 21, 2020
F

OK, I think I have the most important points isolated with this last snip. People will just have to decide for themselves. Frankly, before today, I had no idea how messed up the whole spoon-fed MSM narrative really is. (and yeah, I'm glaring at you, too, Chris Martenson. if this article is accurate, then I naively put misplaced trust in a scientist who should know better, and should have explained things better).

If things were done right, "infection" would be a far cry from a positive PCR test.

"You have to have a whopping amount of any organism to cause symptoms. Huge amounts of it," Dr. David Rasnick, bio-chemist, protease developer, and former founder of an EM lab called Viral Forensics told me. "You don't start with testing; you start with listening to the lungs. I'm skeptical that a PRC test is ever true. It's a great scientific research tool. It's a horrible tool for clinical medicine. 30% of your infected cells have been killed before you show symptoms. By the time you show symptoms…the dead cells are generating the symptoms." 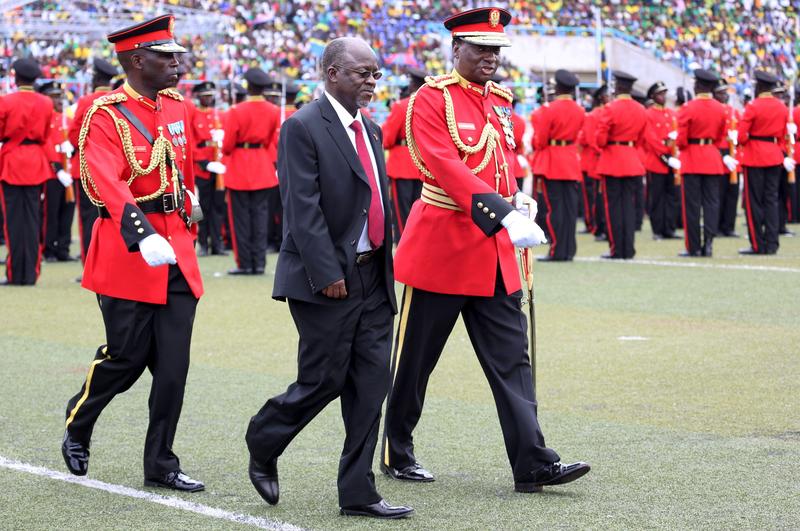 Coronavirus test kits used in Tanzania were dismissed as faulty by President John Magufuli on Sunday, because he said they had returned positive results on samples taken from a goat and a pawpaw.


DAR ES SALAAM (Reuters) - "Coronavirus test kits used in Tanzania were dismissed as faulty by President John Magufuli on Sunday, because he said they had returned positive results on samples taken from a goat and a pawpaw. [That's a fruit.]


Magufuli, whose government has already drawn criticism for being secretive about the coronavirus outbreak and has previously asked Tanzanians to pray the coronavirus away, said the kits had “technical errors”.

The COVID-19 testing kits had been imported from abroad, Magufuli said during an event in Chato in the north west of Tanzania, although he did not give further details.

The president said he had instructed Tanzanian security forces to check the quality of the kits. They had randomly obtained several non-human samples, including from a pawpaw, a goat and a sheep, but had assigned them human names and ages.

These samples were then submitted to Tanzania’s laboratory to test for the coronavirus, with the lab technicians left deliberately unaware of their origins.

Samples from the pawpaw and the goat tested positive for COVID-19, the president said, adding this meant it was likely that some people were being tested positive when in fact they were not infected by the coronavirus.
“There is something happening. I said before we should not accept that every aid is meant to be good for this nation,” Magufuli said, adding the kits should be investigated.


As of Sunday, Tanzania had recorded 480 cases of COVID-19 and 17 deaths but unlike most other African countries, Dar es Salaam sometimes goes for days without offering updates, with the last bulletin on cases on Wednesday.
Magufuli also said that he was sending a plane to collect a cure being promoted by Madagascar’s president. The herbal mix has not yet undergone internationally recognised scientific testing.

“I’m communicating with Madagascar,” he said during a speech, adding: “They have got a medicine. We will send a flight there and the medicine will be brought in the country so that Tanzanians too can benefit.”
COVID-19 infections and fatalities reported across Africa have been relatively low compared with the United States, parts of Asia and Europe. But Africa also has extremely low levels of testing, with rates of only around 500 per million people."
You must log in or register to reply here.
Share:
WhatsApp Email Link
Top