DISASTER NE PA: Firefighter says as many as 10 of his famILY are dead in house fire.

The fire in Nescopeck was reported around 2:30 a.m. One person was found dead inside the single-family home shortly after emergency responders arrived, while two other victims were found later in the morning.

The cause of the fire remains under investigation.

Authorities say a fast-moving fire killed seven adults and three children in northeastern Pennsylvania. One of the firefighters responded to the blaze early Friday only to find that the victims were his family.

A firefighter loses 10 family members in a house fire?

There's got to be a back story there.
L

There's got to be a back story there.
Click to expand...

Don't be cynical when confronted with that kind of potential grief.
I'll wait for more info before thinking even ONE bad thought for that guy...

Luddite said:
Don't be cynical when confronted with that kind of potential grief.
I'll wait for more info before thinking even ONE bad thought for that guy...
Click to expand...

I hear you and am very much a proof-driven guy but "firefighter, house fire, 10 family unaccounted for" - bad vibe; lots of people do lots of bad stuff when they're in a bad place. Not saying that's whats gong but there needs to be some scrutiny applied here.

Personally I hope it was bad DYI wiring or something because I'm tired of reading/hearing about all the evil horror shows going on these days......

There's video at the link:

TEN people are dead after a huge fire ripped through a single-family home early Friday morning.

The blaze, which police are calling a "complex criminal investigation," broke out at a home in Nescopeck, Pennsylvania, at about 2.30am.


Officials said three people escaped the blaze and made it to safety. 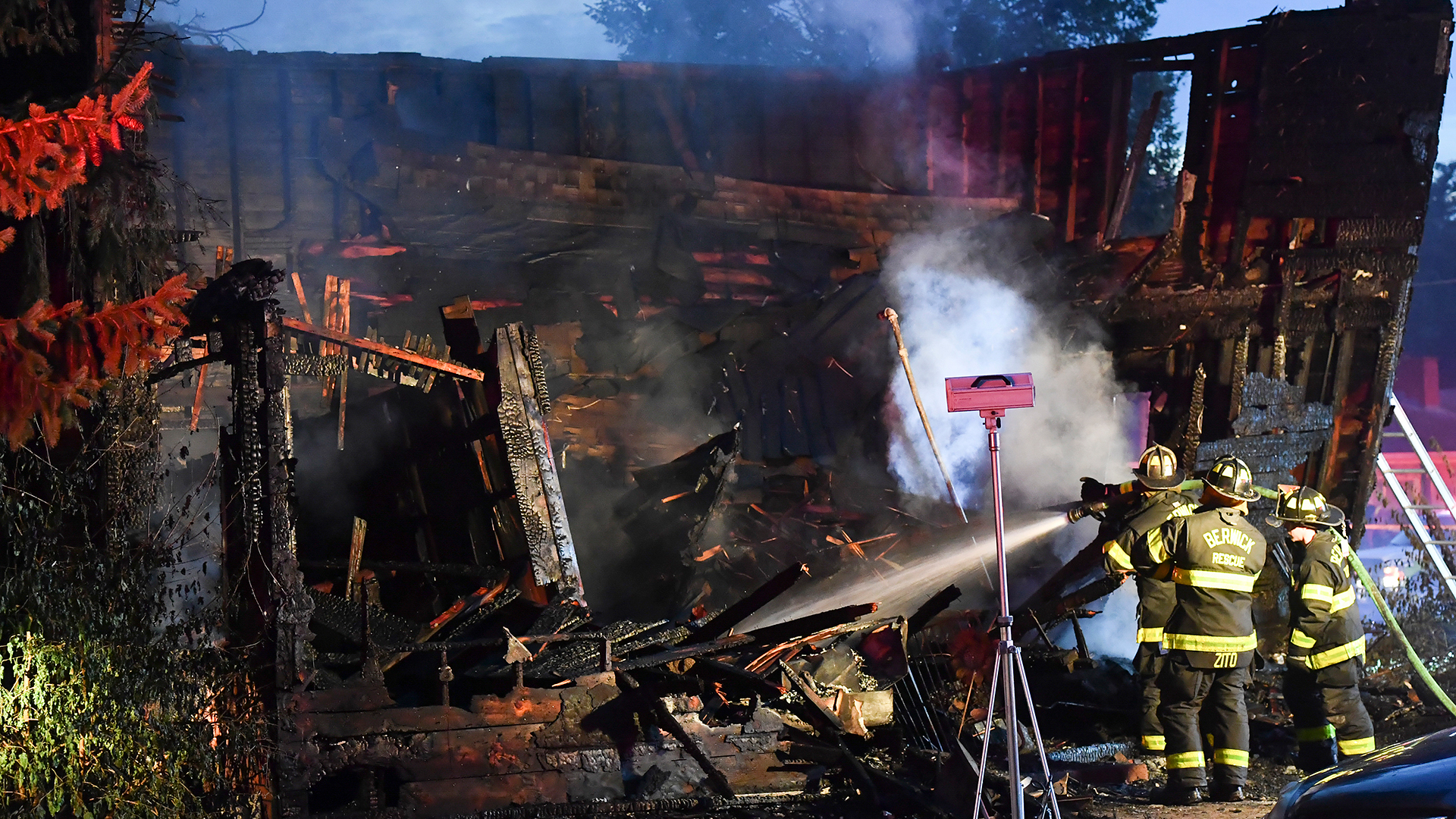 TEN people are dead after a huge fire ripped through a single-family home early Friday morning. The blaze, which police are calling a “complex criminal investigation,” broke out at a ho…

I will hold my comments until further details.

Nescopeck volunteer firefighter Harold Baker told the Citizens’ Voice newspaper of Wilkes-Barre that he realized when he responded to the blaze that the victims were his relatives. 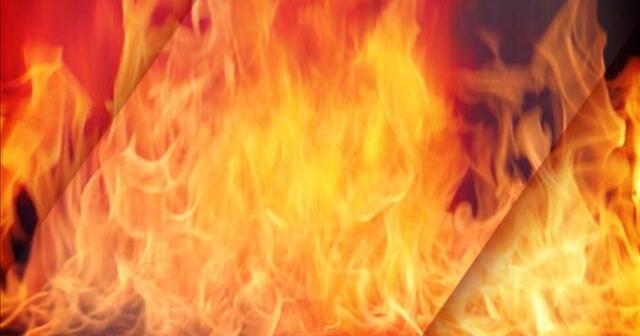 Pennsylvania State Police say in a news release that seven adults and three children are confirmed dead after a house fire. Authorities say a criminal investigation is underway in the

I have a son and a son in law both firefighters in central FL. I can't even begin to tell you the horror stories these guys have shared. from house fires and dead kids - drowned kids - OD kids - kids in car wrecks. I couldn't do it. the relatively small amount of time I've spent in the ER was traumatic enough for me. bless Blizzard and all others here who work in these settings as a matter of routine. although I'm sure one accommodates after awhile its both an interesting as well as PTSD inducing line of work.

He said that 13 dogs were also in the two-story home but did not say if he knew whether any survived.

The fire in Nescopeck, Luzerne County, was reported shortly after 2:30 a.m. One victim was found dead inside the single-family home shortly after emergency responders arrived. Two other victims were discovered later in the morning. State police said criminal investigators were looking into the fire.

Some people were able to safely flee the burning home, authorities said.

Baker said that the address initially given for the call was a neighboring home, but that he realized it was his family members’ residence as the fire truck approached.

“When we turned the corner up here on Dewey [Street] I knew right away what house it was just by looking down the street,” Baker told the Citizens’ Voice newspaper of Wilkes-Barre. “I was on the first engine, and when we pulled up, the whole place was fully involved. We tried to get in to them.”


One of the victims, 19-year-old Dale Baker, was a firefighter who joined the company when he was 16, said Heidi Knorr, the secretary of the fire company.

“He was such a fun loving soul,” she said in a phone interview. “He just loved life.”

Both of Dale Baker’s parents are members of the fire service, and the family was “always willing to help lend a hand to anyone in need,” Knorr said. His mother was not among the dead listed by Harold Baker.

Nescopeck is a small town on the Susquehanna River, about 20 miles southwest of Wilkes-Barre. The house was in a residential street of largely owner-occupied, single family homes.

Mike Swank, who lives two doors away across the street, said he happened to be awake at that hour and looked outside after hearing a sharp explosion. He saw the porch “was really going” and went outside, using another neighbor’s hose to keep the blaze from spreading to a garage.

“I seen two guys outside and they were in various states of hysteria,” Swank said in a phone interview.

One of them was on a cellphone, “and I’m trying to ask him if everybody’s out,” he said. “The other guy was out in the street and he was just running around in circles.”

Swank said he wasn’t able to get information from them. A fence prevented him from getting to the back of the property.

“It was so quick and so much smoke, you just knew nobody was going to make it out,” Swank said. He saw cadaver dogs being used to search the scene until the bodies were located.

He said the family moved in a few months ago under what he understood to be a rent-to-own agreement.

He had not gotten to know them but noticed they spent a lot of time on the cluttered front porch, where he believes the fire may have begun.

Baker, who was relieved of his firefighting duties because of his relationship to the victims, said 14 people were living in the home. One of them was out delivering newspapers, and three others escaped, he said.

“The kids that were there and my two kids were just visiting their aunt and uncle,” Baker told WNEP. “Those were the ones who own the house. They were there visiting and going into the pool and all that.”

Authorities say a fast-moving fire killed seven adults and three children in northeastern Pennsylvania. One of the firefighters responded to the blaze early Friday only to find that the victims were his family.

I have responded to MVAs with friends who recognized the car on sight and found a wife or other fam member inside.

It becomes a BAD SCENE REALLY FAST, as you're fighting to keep yer crew-mate back, and clear of the actual scene, calling for back up vehicles/apparatus and personnel, absorbing punches because REGARDLESS of what that scene looks like, yer buddy is ONLY going to **** things of BEYOND REPAIR if you let him go.
AND yer counting the time that you have NOT gotten to the victim.

PLUS sometimes it takes a few WEEKS for the buddy to speak to you.

That's awful.
What a tragedy.
Practically a whole extended family.
May God comfort the survivors.
I've never heard of any family so unfortunately touched.
W

There's got to be a back story there.
Click to expand...

The person was out delivering morning newspapers. This probably was the firefighter.
It looked like it was a poor family. But 13 dogs is an awful lot to have in a house. They all died.
This town is about an hour and half drive from me. It was on our news.

wintery_storm said:
The person was out delivering morning newspapers. This probably was the firefighter.
It looked like it was a poor family. But 13 dogs is an awful lot to have in a house. They all died.
This town is about an hour and half drive from me. It was on our news.
Click to expand...

This story has sat in my head since I read it this afternoon.
I hurt inside for all the lives lost including the dogs.

Just 5 miles from me. It is just horrific to lose your family like this. Hope they find the cause.

Baker also said there were 13 dogs in the home, and that not everyone who was at the house at the time of the fire lived there.

A neighbor told the same outlet that he heard a loud popping noise at around 3am.

"I woke up this morning, and I was downstairs watching TV, and I heard a pop. I looked outside and on the front porch. It just started, and it was already almost fully involved," Mike Frank said.

The family told the outlet that 14 people were staying at the house Thursday night, one was not home, and three made it out.

"There was a gentleman out here running around the street. He was yelling- really upset, saying not everyone made it out. Animals. I mean, there was a lot of people living in there," Frank told Newswatch 16.

Another neighbor told the Times Leader he had "never seen anything burn so intense."

Bernie Snedeker who lives a few doors down from the scene said his dog woke him up around 2:15 a.m.

He said the flames came up to the tops of the trees.

A GoFundMe has been started to support those affected by the tragedy.

TEN people are dead after a huge fire ripped through a single-family home early Friday morning. The blaze, which police are calling a “complex criminal investigation,” broke out at a ho…

That is a lot of people in that house. Okay, one article said not every victim lived at that address but a neighbor said a lot of people lived in the house. Add in over a dozen dogs. There are chunks of this story missing. Possibly people had to "move back home" due to finances? Too much stress on an older home? Too many things plugged into a system that hadn't been updated to support that much draw? Kids playing with lighter/matches? Candles to deal with odor?

There are a lot of possibilities and that looks like an older stick-built structure on top of the rest of it.

That looks like a pretty small house for all those people and dogs. Kind of reminds me of something 3rd world. Very sad.

I have seen a few house fires. That was a HOT one. In the South I would say there was a lot of heart pine lumber in the construction.


The family had been hosting a gathering, and his children were visiting their aunt and uncle, Baker said in an interview with WNEP-TV, a local ABC news station.